Hailing from a village in eastern Uttar Pradesh, Kedarnath Singh was one of the most celebrated Hindi poets. 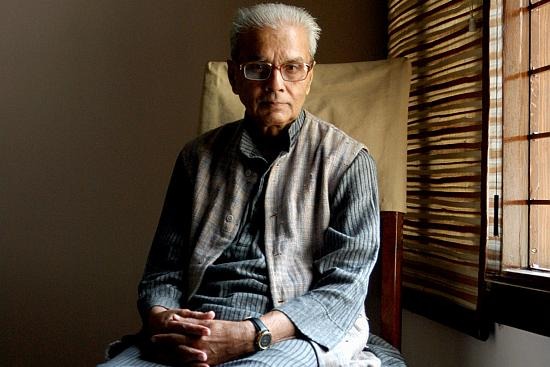 Singh, who was admitted to the All India Institute of Medical Sciences (AIIMS), passed away at 8:45 pm, Bharatiya Jnanpith director, Leeladhar Mandloi told PTI.

“He was infected with pneumonia in Kolkata where he goes to visit his sister every winter. He was under treatment there for a month,” he said.

Mandloi said the poet recovered after coming to Delhi, but his condition worsened later.

Singh was admitted in hospitals at Saket and Moolchand, before being shifted to AIIMS, he said.

A hospital source said the poet had been admitted in AIIMS since March 13.

Singh is survived by a son and five daughters. His final rites will be held at 3 pm tomorrow.

Hailing from a village in eastern Uttar Pradesh, Kedarnath Singh was one of the most celebrated Hindi poets.

A Jnanpith and Sahitya Akademi awardee, Singh was known for his simple style of writing, often inspired by objects of everyday life.

Talking about the great literary void that Singh has left behind, Mandloi said he was among the top three poets in the Hindi literature.

“He was one of those poets who was political in his own way. He kept a low profile,” he said.