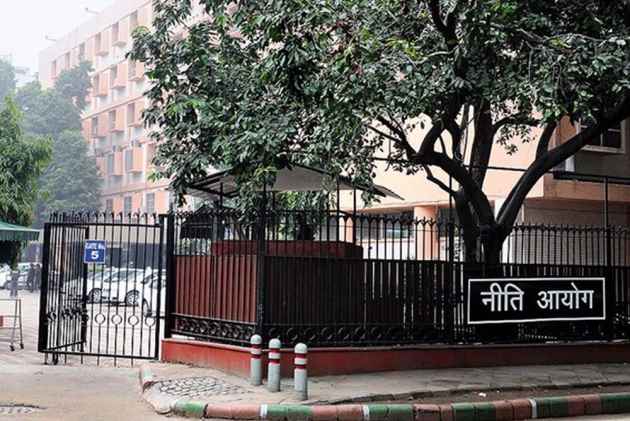 A strong Sangh Parivar affiliate has taken on the Modi government during its third anniversary. The Bharatiya Mazdoor Sangh, a trade union affiliated to the Rashtriya Swayamsevak Sangh (RSS), wants the government to disband and recast NITI Aayog – the first frontal attack on an institution created by Prime Minister Narendra Modi.

Mazdoor Sangh, the largest trade union of India, in its three-day national conference held in Uttar Pradesh passed a resolution on Wednesday calling NITI Aayog an “expensive exercise with lopsided individuals” who are behind “the misguided and directionless reforms taking place in the country”.

Just after assuming office in 2014, Narendra Modi created the NITI Aayog, a think tank, by rebuilding the Planning Commission, a Nehru-era non-legislative body with significant powers to allocate finances to states but hamstrung by red tape. 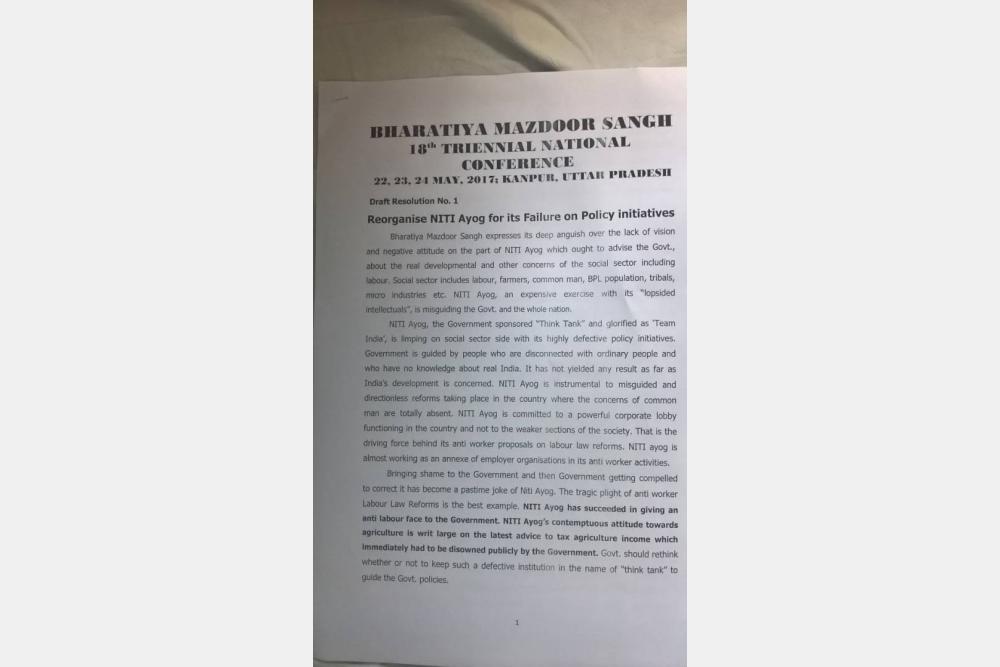 “NITI Aayog is committed to the powerful corporate lobby functioning in the country and not to the weaker sections of the society,” said the BMS’ resolution.

“NITI Aayog has succeeded in giving an anti-labour face to the government,” which completes three years in power on May 26.

The fusillade by the trade union reminds observers that it still carries the genes of Dattopant Thengadi, RSS ideologue and founder of BMS, who had launched frontal attacks on several economic decisions by the country’s first NDA government led by AB Vajpayee.

Now, what seems have got the trade union’s goat is a NITI Aayog member’s proposal to tax farm income, an idea no government has ever considered over fears that it could be politically unpopular and electorally disastrous. 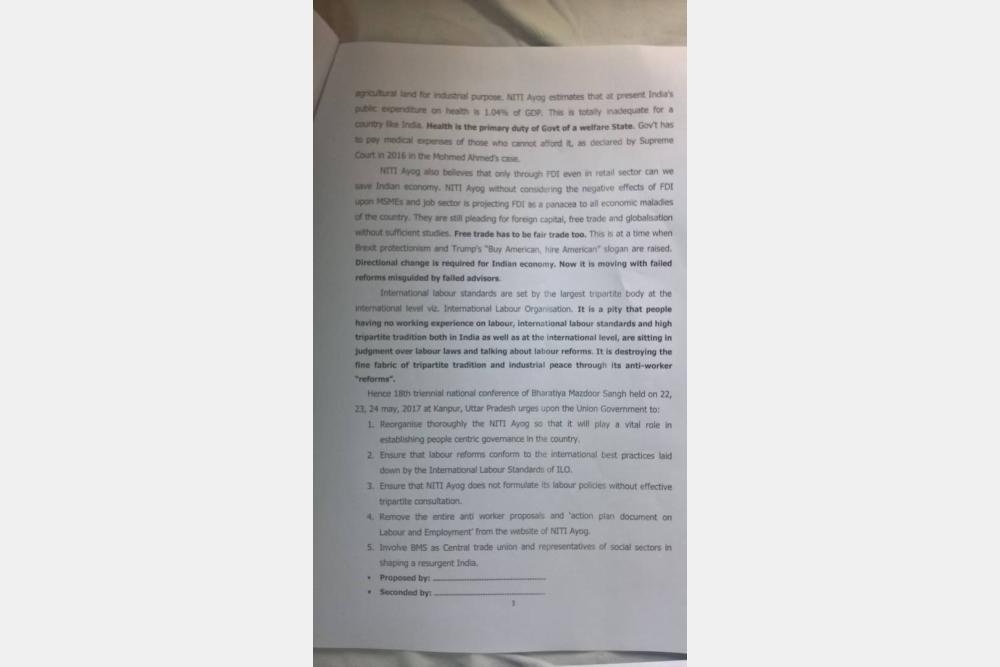 At an event wrapping up India's last and 12th five-year plan, economist Bibek Debroy, a member of the Niti Aayog,  had said farmers should be taxed.

“NITI Ayog’s contemptuous attitude towards agriculture is writ large on the latest advice to tax agriculture income, which immediately had to be disowned publicly by the government”.

BMS, founded on ideals of protectionism, has all the reason to hate NITI Aayog, which has given thumbs up to Modi to aggressively pursue globalization and do away with all the remaining approval requirements for foreign direct investment (FDI). 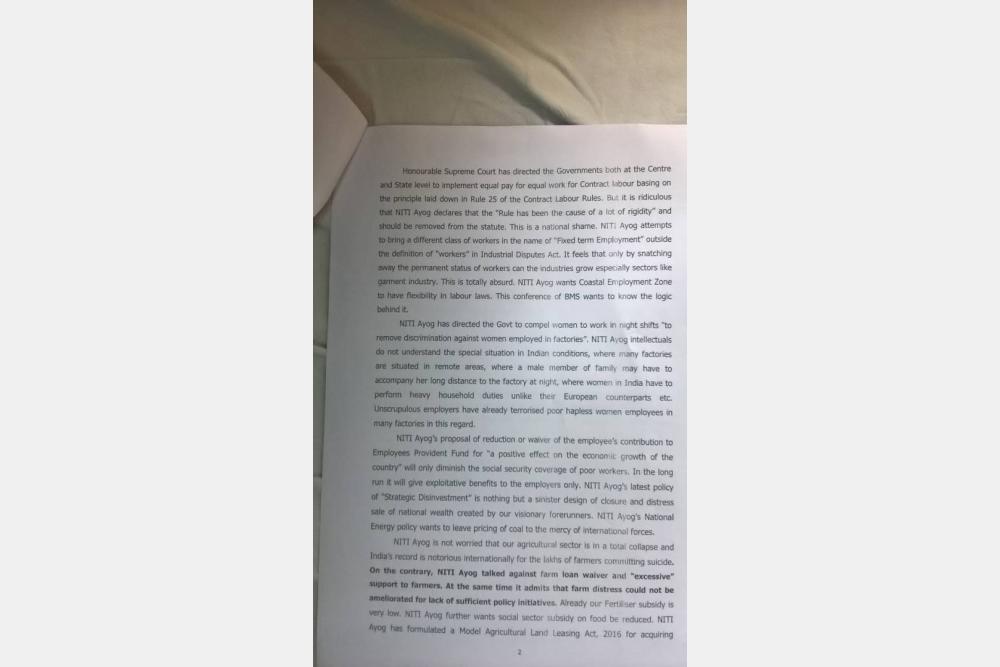 “NITI Aayog without considering the negative effects of FDI upon MSMEs and the job sector is projecting FDI as the panacea to all economic maladies of the country.”

“They are still pleading for foreign capital, free trade and globalization without sufficient studies. This comes at a time when Brexit protectionism and Trump’s Buy American and Hire American slogan are raised,” said the Union in its resolution.

“The government is guided by people who are disconnected with ordinary people and who have no knowledge about real India,” it said.

The union's leadership also slammed NITI Aayog's suggestion to scrap the rule that ensures 'equal work equal wage' to permanent and contract workers, accusing it of “causing of lot of rigidity”.

“It’s a national shame. NITI Aayog attempts to bring a different class of workers outside in the name of Fixed Term Employment outside the definition of workers.”

The union said: “The Ayog is working as an employer organization in its anti-worker activities”.