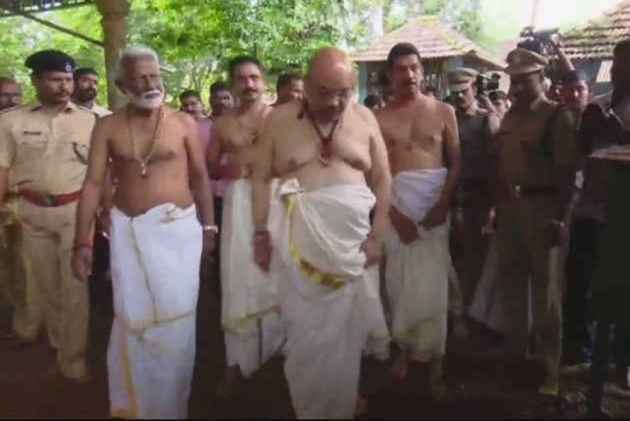 BJP President Amit Shah on Thursday did not participate in the party march in the home town of Kerala chief minister Pinarayi Vijayan, as the last-minute decision to withdraw from a two-week campaign was prompted by poor crowd response.

According to a  Hindustan Times report, the CPI(M) said paltry crowds had forced Shah to skip the 'Jan Raksha Yatra'.

“The party has made a mountain out of a molehill. Poor response forced the party president to call it a day. It shows people have rejected the much-publicised exercise of the saffron party,” said CPI(M) state secretary Kodiyeri Balakrishnan.

BJP state president Kummanam Rajasekharan, however,  told reporters that Shah had to attend a meeting with Prime Minister Narendra Modi in New Delhi so he would not be able to attend the phase of the 'Jana Raksha Yatra' (People's Protection March). The march was scheduled to pass from Mambaram to Thalassery, crossing Pinaryi town in Kannur district.

Many party workers, led by the state unit chief, are participating in the march that entered the third day on Thursday.

Shah had launched the high profile 15-day yatra from Payyannur in Kannur on October 3 against the alleged "red and jihadi terrorism" under the CPI(M)-led LDF rule in Kerala.

Senior BJP leaders are expected to participate in the yatra which will conclude on October 17 at Thiruvananthapuram.

Meanwhile, senior Marxist leader from Kannur, MV Govindan Master said the march will not have any impact on the left party's strength and its base in the state.

"In a democracy all political parties can take out yatras and there are no restrictions," he said adding Shah not attending the march today was an "anti climax."