The hurdles also mean that the tanneries are reportedly short on leather with layoffs also affecting the industry. 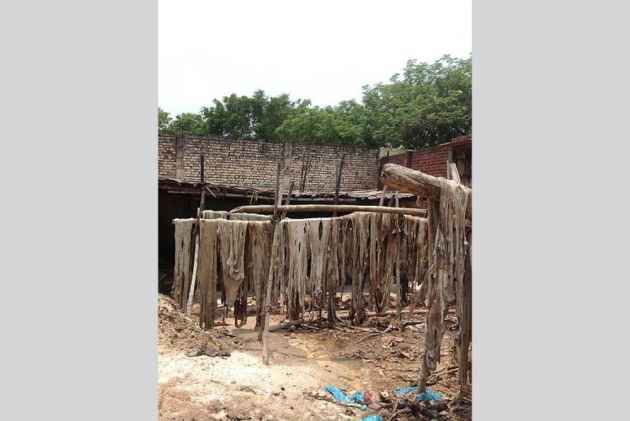 The government’s crackdown on slaughter houses, abattoirs, and the pushing of a ban on cattle sale for slaughter has dented India’s shoe-exports by about 13 per cent in June, aside from jolting the informal sector in the business.

Reuters reports exports of leather shoes fell by 13 per cent in the month of June this year with global brands turning to the likes of China, Pakistan, Bangladesh and Indonesia for supplies with the uncertainty surrounding production due to the government crackdown.

India, the second biggest supplier of leather garments and shoes, reportedly ships half of its goods, earning $5.7 billion in the 2016/17 financial year till March. However, the report says exports fell more than 4 per cent in April and June, totaling $ 674 millon.

After the tried to ban the sale of cattle for slaughter in May this year, protests followed, especially in Tamil Nadu and Kerala. After the Madras High Court stayed the government’s notification, thereby withholding the ban, the Supreme Court said in July that the interim direction of the Madras High Court staying the Centre's notification banning sale and purchase of cattle from animal markets for slaughter will remain in force and would cover the entire country.

The report says though that the market had been hit in the meantime, with the government cracking down on the ‘illegal slaughterhouses’ not helping. "The supreme court has allowed the resumption of trade for cattle, but the ground reality is that cow vigilante groups continue to be active and no one wants to risk his life by transporting cattle," Nazir Ahmed, the CEO of a shoe-exporting company, told the agency.

The hurdles also mean that the tanneries are reportedly short on leather with layoffs also affecting the industry. "Everyone must abide by the rule on cow slaughter and respect sentiments, but by choking the supply of other animal hides, we have nearly killed a thriving industry," the agency quoted Ahmed as saying.