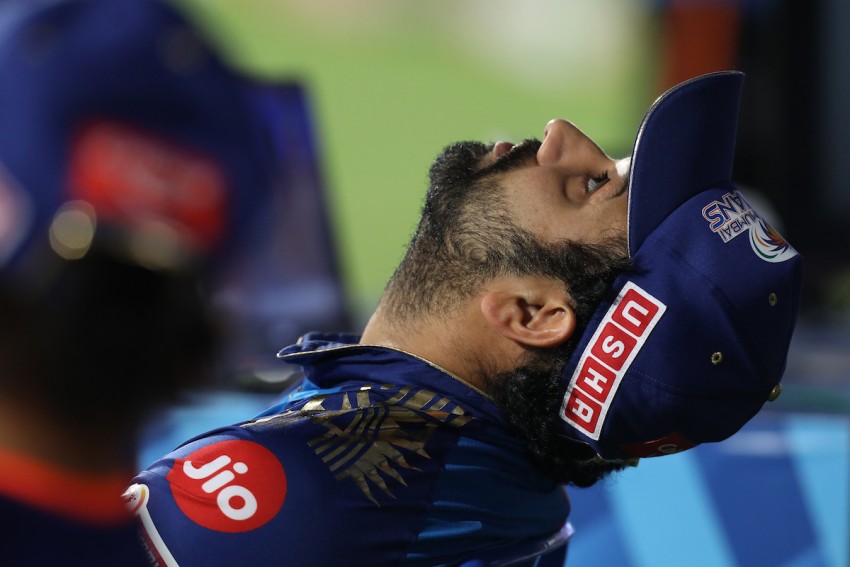 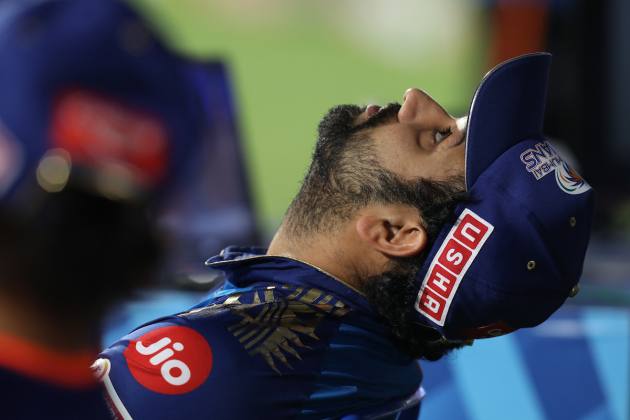 After Rohit Sharma returned to lead the defending IPL champions out against Sunrisers Hyderabad in Sharjah on Tuesday, it was abundantly clear that certain powerful sections were unhappy that the 33-year-old opener had been dropped from the Australian tour due to injury.

Rohit Sharma's return in an inconsequential IPL league stage match against Sunrisers Hyderabad after a two-week injury layoff was surprising.

Mumbai Indians had already made it to the IPL playoffs as the No. 1 team on the points table and Kieron Pollard was doing a good job as stand-in captain for four straight game. So where was the hurry?

Former Indian batsman and ex-chairman of the senior selection committee Dilip Vengsarkar has raised a couple of pertinent questions.

"Is club bigger than country? Will BCCI take action against Rohit Sharma for putting Mumbai Indians' interest ahead of India's?" Vengsarkar has been quoted by the Times of India.

The pitch has become murkier after Rohit said in a post-match chat on Tuesday that "the hamstring is absolutely fine".

Rohit faced just seven balls against Sunrisers Hyderabad, who won by 10 wickets to enter the IPL playoffs as the third team ahead of Royal Challengers Bangalore.

Mumbai Indians had withdrawn Rohit from the IPL after he pulled up during the match against Kings XI Punjab on October 18. It was said that Rohit's injury would need about three weeks to heal.

When the Indian squads for the Australia tour was named on October 26, the BCCI said its "medical team will continue to monitor the progress of Rohit Sharma and Ishant Sharma."

Just hours before the Mumbai Indians captain said at the toss on Tuesday that he was "fit and fine", Ganguly, like head coach Ravi Shastri, had suggested that Rohit should not rush his return.

“You don’t want him to get injured again. He has a hamstring tear and it will get ruptured again. It will then get longer for him to come back,” Ganguly was quoted as saying.

"Rohit himself knows that he has got a long career ahead and it’s not just this IPL or next series for him. I am sure he is mature enough to do what is best for him,” Ganguly opined. 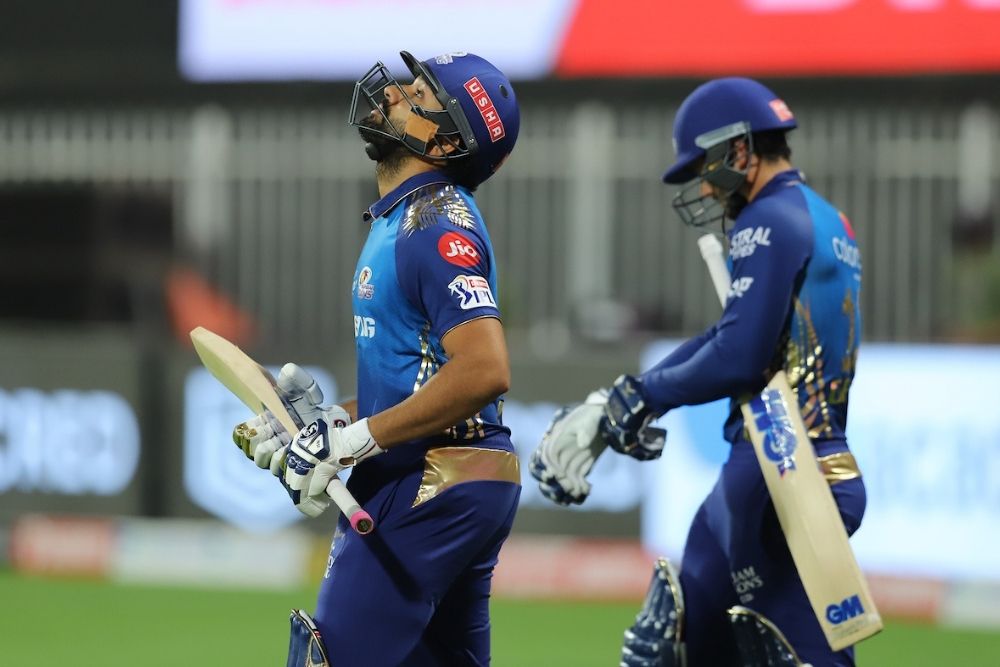 Rohit Sharma walks out to open the batting for Mumbai Indians in an inconsequential IPL 2020 match against Sunrisers Hyderabad in Sharjah on Tuesday. Photo: BCCI

Rohit looked tentative in the few balls he faced on Tuesday. He scooped a catch to mid-off not quite on top of a slower ball from Sandeep Sharma. MI's display against SRH lacked its usual intensity.

At normal times, a strokemaker like Rohit Sharma would have stretched his dodgy left leg and put more power on the drive to clear the fielder on the inner circle.

He fielded when SRH came out to bat but Rohit didn't seem to be walking too freely. Mumbai Indians play Delhi Capitals on Wednesday and the winner goes straight into the IPL final on November 10 in Dubai.  It will be a surprise if Rohit did not go out to toss!

The mystery over Rohit Sharma's exact nature of injury and why he was dropped from the Indian team for the tour of Australia once again highlights the murky nature of Indian cricket.