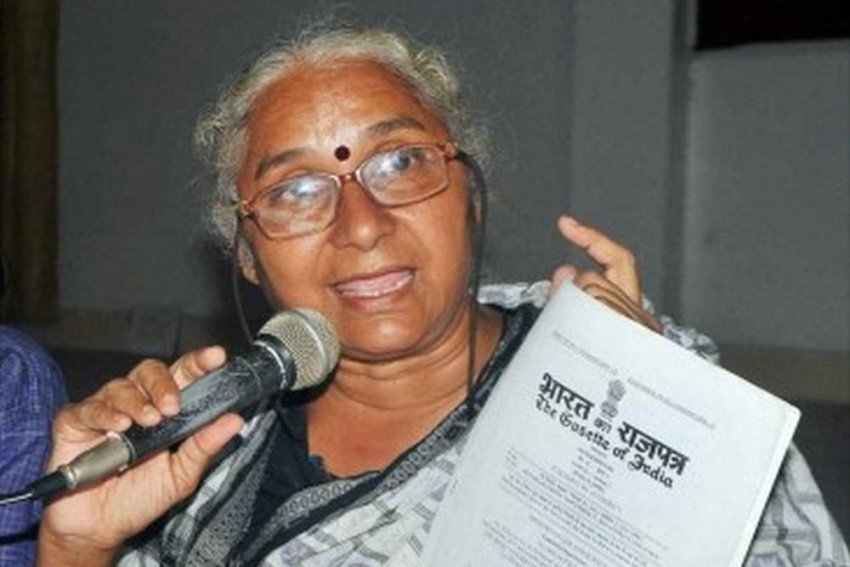 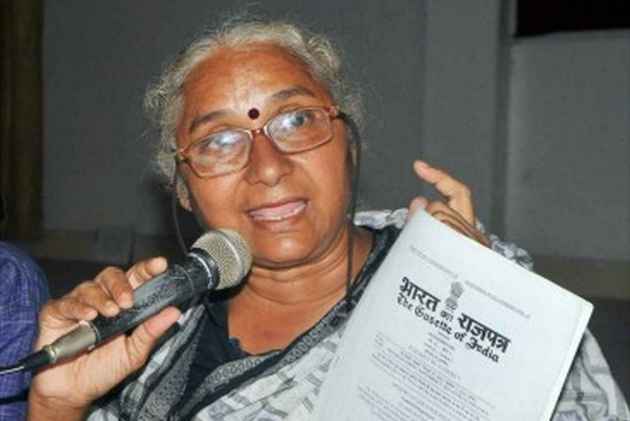 The court imposed the amount as costs as Patkar repeatedly failed to appear before it in defamation cases filed by her and KVIC Chairman V K Saxena against each other.

Metropolitan Magistrate Vikrant Vaid granted one last opportunity to the Narmada Bachao Andolana (NBA) activist while giving a warning that he would dismiss her complaint against Saxena if she again failed to appear.

"Why do you want to do this (case) when you cannot come to the court?" the magistrate asked.

"A last and final opportunity (is being) given and costs of Rs 10,000 is imposed," the magistrate said after Patkar's counsel Pawan Madan submitted that she was on a hunger strike in a village in Madhya Pradesh.

Saxena's counsel Mahipal Ahluwalia opposed the plea for her personal exemption, alleging that she was deliberately not appearing and if she was not well then how was she on a hunger strike.

The court, while noting that Patkar did not appear on the last date as well, said she has "voluntarily" gone on hunger strike and if she does not appear on the next date of hearing on August 17, her complaint would be dismissed.

Her counsel, while also submitting her medical report, said she was unwell and unfit to travel to Delhi as she was on a hunger strike.

However, Saxena's counsel said, "She never turns up. This is the height of harassment. They (Patkar and her supporters) manage everything for TV bytes." He sought dismissal of the case filed by her against the Khadi and Village Industries Commission (KVIC) chief.

The court had on June 26 warned Patkar to be "careful in future" and had cancelled the non-bailable warrant issued against her on May 29 for non-appearance.

The court had in January 2015 also imposed Rs 3,000 as costs on Patkar for non-appearance, giving her "the last and final opportunity" to present herself.

Patkar, who had sought exemption from appearance on May 29 also, had said she was attending a protest in a Madhya Pradesh village and had not been able to get a confirmed train ticket to come to Delhi, to which the court had said it was incumbent upon her to have made the arrangements for her appearance as it was mandatory under the Code of Criminal Procedure.

The court had taken strong objection to her absence, saying the grounds taken were "not convincing" and did not inspire confidence.

Saxena, President of Ahmedabad-based NGO National Council for Civil Liberties (NCCL), and Patkar have been embroiled in a legal battle since 2000 after she filed a suit against him for publishing advertisements against her and the NBA.

Patkar had filed a defamation case against Saxena, who in turn, had filed two lawsuits against her.

Lynching And Mob Violence Entered Bihar As Soon As BJP Came To Power In The State: CPI(M)