Kapil Sibal told reporters that Naidu's order jeopardised the country's legal system and said the government was not keen to see a probe into the case. 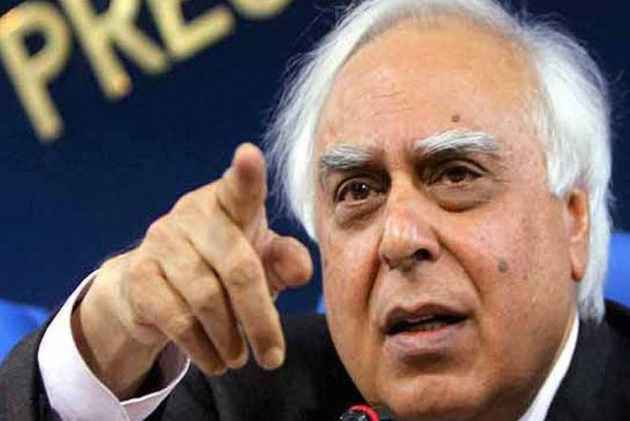 The Congress on Monday lashed out at Rajya Sabha chairman M Venkaiah Naidu for rejecting an impeachment notice filed by opposition parties against Chief Justice of India Dipak Misra and said it would move the Supreme Court to challenge the “illegal order” which had “shattered” the confidence of people.

Senior Congress leader Kapil Sibal told reporters in New Delhi that Naidu's order jeopardised the country's legal system and said the government was not keen to see a probe into the case.

“The order is unprecedented, illegal, ill-advised and hasty," Sibal said, adding that it had been passed without a full-fledged enquiry.

"We will certainly move a petition in the Supreme Court to challenge this order,” Sibal said.

The Congress leader stressed that “never before in India's history” had a motion moved by MPs been dismissed at the preliminary stage.

The order shattered the confidence of the people and jeopardised the legal system, he added.

“We will ensure the CJI would have nothing to do with this petition,” Sibal said.

Earlier in the day, AICC media-in-charge Randeep Singh Surjewala had also criticised the decision and said it was a fight between forces "rejecting democracy" and voices "rescuing democracy".

Surjewala said within hours of 64 MPs submitting the impeachment notice, Leader of the Rajya Sabha Arun Jaitley had shown "naked prejudice" by calling it a revenge petition, "virtually dictating the verdict" to the Rajya Sabha chairman.

In a tweet, Congress spokesperson and lawyer Abhishek Manu Singhvi said Naidu "expectedly" rejected the impeachment motion against Chief Justice Misra and that too within a day of his return to Delhi.

Naidu had earlier today rejected the unprecedented impeachment notice given by opposition parties led by the Congress against CJI Misra, saying it lacked substantial merit and that the allegations were neither "tenable nor admissible".