Congress To Hold Protest Against Demonetisation At RBI Headquarters

On completion of two years of demonetisation, the Congress launched a multi-pronged attack on the Modi government. 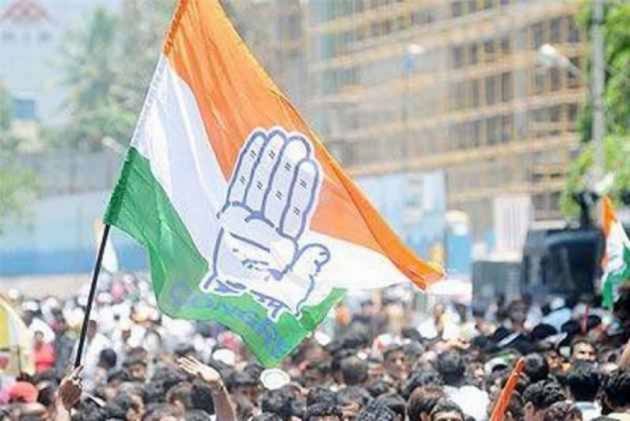 Continuing its unrelenting criticism of the demonetisation exercise carried out by Centre, the Congress will hold a protest against the note ban at the RBI headquarters in Delhi on Friday.

Alleging that the demonetisation was a "big money laundering scheme", Anand Sharma on Thursday announced that the Congress party will hold a nationwide protest on Friday to mark the second anniversary of demonetisation.

Commenting on the ongoing friction between the RBI and the Centre, Sharma said NPAs have increased sharply, the banking system was struggling, and now the Modi government was bent on "snatching" the contingency reserves of the Reserve Bank of India (RBI).

The Congress launched a multi-pronged attack on the Modi government over demonetisation, with former prime minister Manmohan Singh saying the "scars and wounds" it caused are getting more visible with time and party chief Rahul Gandhi describing the measure as a carefully planned "criminal financial scam".

In a scathing assessment of the demonetisation exercise, Singh said the decision's second anniversary Thursday is a day to remember how "economic misadventures" can roil the nation.

In a statement, he asked the government not to resort to further unorthodox, short-term economic measures that can cause any more uncertainty in the economy.

Gandhi also came out with a statement sharply criticising demonetisation and describing it as a "tragedy" that destroyed millions of lives.

In a tweet, he also alleged that demonetisation was a planned "brutal conspiracy" and a "shrewd scheme" to convert the black money of Prime Minister Narendra Modi's "suit-booted friends" to white.

"India will discover, no matter how the government tries to hide it, that demonetisation wasn't just an ill-conceived and poorly executed economic policy with 'innocent intent', but a carefully planned, criminal financial scam," Gandhi said in his statement.

"The full truth about demonetisation is not out yet. India's people will not rest till it is," he said.

Beyond the "steep drop" in headline GDP growth numbers after demonetisation, the deeper ramifications of 'notebandi' are still unravelling, Singh said.