Congress And Corruption Relationship Is Like That of Water And Fish, Says Amit Shah 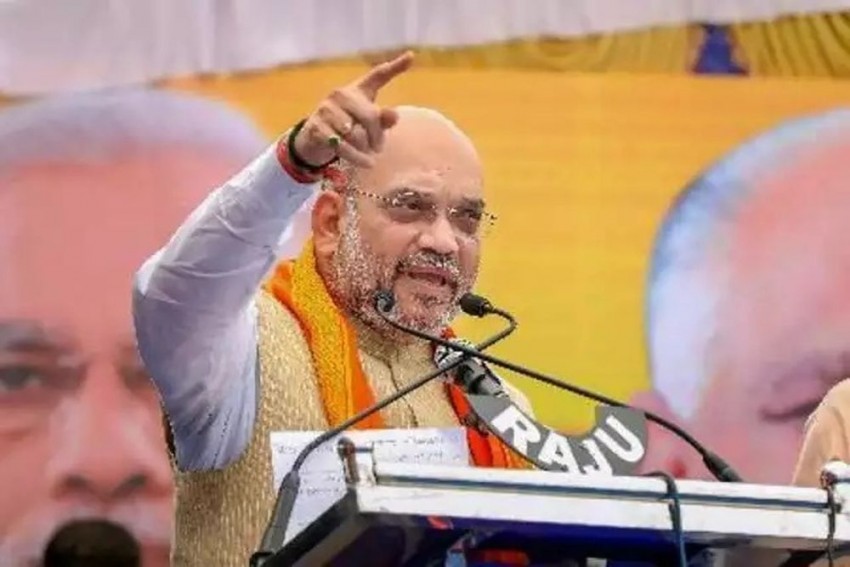 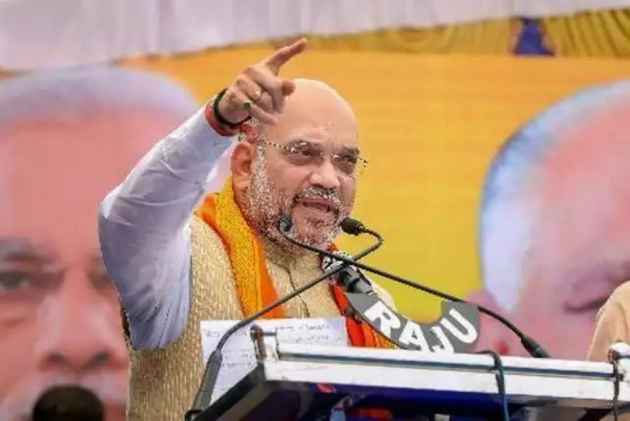 Charging that the relationship between Congress and corruption is akin to that of water and fish, BJP President Amit Shah today claimed that the people of Karnataka had made up their minds to "throw out" the Siddaramaiah government in the May 12 Assembly polls.

"The Karnataka government is like an ATM for the Congress to indulge in corruption," said Shah, who was on a two-day tour of the old Mysuru region in the fourth leg of his campaign in the state.

He said people were "disappointed" with the Siddaramaiah government on several fronts, especially corruption.

"The people of Karnataka have made up their minds to throw out the Siddaramaiah government. They are disappointed with it on many fronts, with corruption being the main issue."

"The relationship between corruption and Congress party is akin to water and fish," Shah told reporters here.

Addressing a meeting at Channapatna, he said, "Without removing the corrupt and number one corrupt Siddaramaiah government, Karnataka's progress is not possible."

As Shah questioned the gathering whether they get 24 hours of power supply, there was employment for youth and hospitals in villages, the crowd responded saying, "No."

Shah said "...If you say no for everything, what is the Siddaramaiah government doing?"

Calling the Narendra Modi government a power generating  company, Shah said the Karnataka government should work like a transformer.

"But the transformer here in Bengaluru is burnt, what  you should do with a burnt transformer...Don't just change it, root out this Siddaramaiah government and bring BJP government under the leadership of Yeddyurappa," he said.

At his press conference, Shah said JD(S) was not in a position to form a government because it can only win a few seats and BJP was the only party which can defeat Congress.

Alleging that all parameters of development under the Siddaramaiah government were on the ebb, he said, "Though Bengaluru is mopping up revenue in good numbers, it is not percolating down to smaller cities and villages."

On farmers' suicides,Shah said "As many as 3,500 farmers have committed suicide and Siddaramaiahji is terming these as minor incidents. In my political life, I have never come across such an irresponsible statement on farmers' suicides."

To a query, Shah said the Congress government in the state was raking up the issue of religious minority tag for Lingayats to prevent B S Yeddyurappa from becoming Chief Minister after the polls and for dividing the community.

Yeddyurappa is a Lingayat strongman and the BJP's chief ministerial candidate for the coming Karnataka Assembly polls.

"This is a nefarious strategy of the Siddaramaiah government for political gains.Had Siddaramaiahji been serious about giving minority status to Lingayats, he should have done it in the early stages of his five-year term. Why now, after four-and-a-half years?" Shah asked and claimed that the UPA government had rejected a similar proposal in 2013.

In a move with major electoral ramifications ahead of the Assembly elections, the Karnataka Cabinet earlier this month decided to recommend to the Centre grant of religious minority tag to Lingayat and Veerashaiva Lingayat community, who follow the philosophy of 12th century social reformer Basaveshwara.

Asked about the BJP-led central government's stand on the minority tag to Lingayats, Shah said, "We haven't yet received the proposal in the administrative format. Why don't you ask this state government why it has not sent it so far?"

BJP does not raise such emotional issues during elections as any comment on it highly impacts voters, he said, adding that his party would make its stand on the matter known after the polls.

Shah told the Channapatna rally that in the last few days he met arecanut, coconut and coffee growers and traders.

"From the time the Siddaramaiah government came to power, there is unhappiness everywhere among farmers. Farmers of Karnataka are sad."

In the last four years more than 3,500 farmers have  committed suicide across the state, Shah said.

He also promised various initiatives for the silk industry like increasing subsidy, along with marketing chain across the state for handicrafts, which the region is famous for.

Shah, who was on a tour of Mysuru, Mandya and Ramanagara districts, said that his party would put up a good show during the polls in the old Mysuru region.

The electoral contest in old Mysuru region has been between the Congress and the Janata Dal (Secular) which is led by former Prime Minister H D Deve Gowda.

Made No Deals With Deepak Kochhar, Says Venugopal Dhoot