Many 'glorious' pages in Indian cricket were written in spurious ink 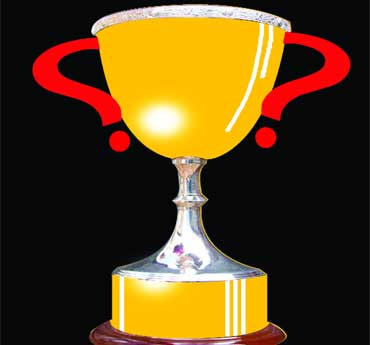 Remember the bloke N.D. Howard? Among his men were Frank Lowson, Jack Robertson, Don Kenyon, Alan Watkins, Reg Spooner, Malcolm Hilton and Roy Tattersall. In the absence of top ranking English cricketers like Len Hutton, Cyril Washbrook, Denis Compton, Godfrey Evans and Alec Bedser who were scared to tour 'dark continent' India with its heat, germs and what not, poor Howard led his third rate England cricket team to this country in 1951-52 and even managed to win the fourth test match at Kanpur. But India finally defeated this weak English combination in the last test on a spinner's track at Madras to record its first-ever official cricket victory. This was hailed as a 'great' triumph!

For Indian cricket, this was the beginning of similar 'great triumphs'. In 1959-60, on a Kanpur track which had pebbles on it, an acknowledged 'chucker' offspinner Jasu Patel from Gujarat, spun out Australia twice. In the 1977-78 (away) and 1978-79(home ) series against Australia, we scored some 'great' triumphs when the genuine Aussie stars were playing for the Packer circuit. Ajit Wadekar's men in 1971 scored a 1-0 triumph against a West Indies side which was undergoing a painful transition from the Sobers' era to that of Clive Lloyd. The Windies had no bowling attack to speak of, their batting revolved around a lackadaisical Kanhai and Sobers and the latter led them as though in sleep. In the same decade, Alvin Kallicharan led a hugely depleted Windies team to India (the stars were with Packet), lost the series and the victory was a 'major triumph' for the home team which was in full strength. Packer did not think any Indian to be good enough for his circus.

Thus it went on, both in test and the one day game. Indian cricket and its supporters firmly followed the Tamil saying, 'Mookilla Rajyathale Muri Mookhan Raja' ( in a country of noseless people, the one with the broken nose is the king}. There was seldom the right kind of assessment of the nature of these 'great' triumphs, achieved mostly at home, on dusty turners, tailormade for local spinners in front of fanatical mobs for whom victory was everything. The end always justified the means. The few sensible, dissenting voices were shouted down. Can anyone dare mention that Anil Kumble's 'great' ten wickets in an innings haul in a Delhi test against Pakistan could not have been achieved without some dubious decisions from Karnataka umpire, Jaiprakash?

Today, the air is rent once again with shouts of 'great victories' with India well set for a 7-0 white wash in the one day series against England. A series win is always a series win, but look at the rag tag opposition! Though one day cricket was born in 1971 with England featuring in the opening game, it had never taken to it and yet managed to reach the 1975 and 1979 World Cup finals only because they were played at home and the other nations, barring the West Indians, were only learning the new concept. No wonder Kevin Pietersen and his not-so-merry men are not having a great time in India.

Pietersen is the only class one-day batsmen in the team. During his frequent injury-induced absences from the game, Flintoff appears to have forgotten the art of batting. Bell, Collingwood, Owais Shah, Bopara, Prior and the rest made guest appearances at the crease and disappeared. On the bowling front, James Anderson conceded more than six runs per over and after four matches was yet to take a wicket. And he is their opening bowler! Pietersen and the English team management were so scared of the Indian batting strength that their best spinner, Monty Panesar was watching the matches from the stands. The reason? O, he can neither bat nor field. But what about other members of the team who were in same boat? Even the English cricket writers acknowledged that Matt Prior was not a 'natural' wicket keeper. The approach of the English men in the fourth one dayer where, they scored just 21 runs in the first six overs while chasing 196 in 22 overs indicated the entire outfit could do with some balls transplants!

Add to their troubles the slow turners, sight screens which seldom worked properly, light which faded around 4 pm, the stupid refusal to switch on the lights and get on with the game. Cricket is a game where both sides should have similar playing conditions. In India, particularly in the eastern venues, there was heavy dew in the mornings and in the day and night games, the ball became wet because of the dew. The one day game was a farce in this country and being hailed as 'world champions' is a bigger farce. You don 't become world champions by whitewashing this John Bull's rag-tag army of alleged cricketers. That Grand Old Man of cricket, W G Grace will agree.