Supporters of Dhinakaran who were present at the spot claimed that Parimalam had come with an intention to "hurl petrol bomb" at Dhinakaran's house and it exploded accidentally in the car itself. 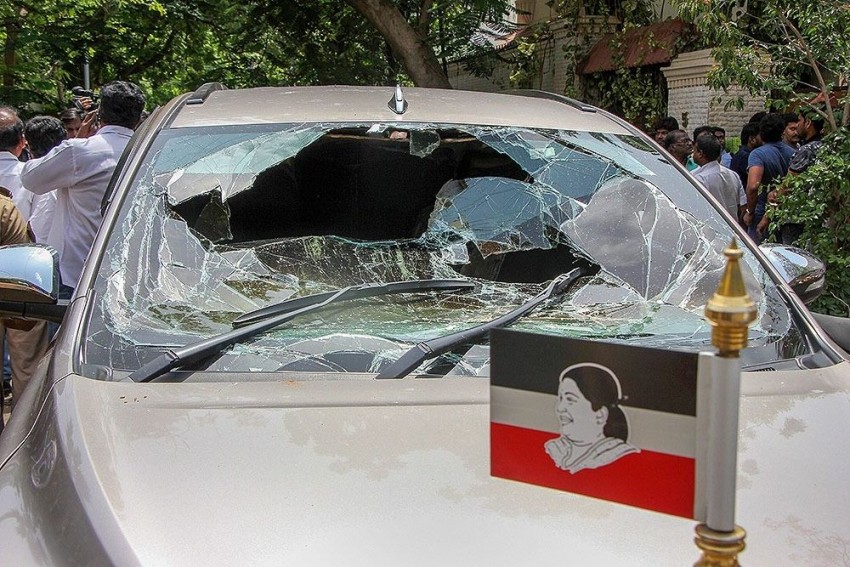 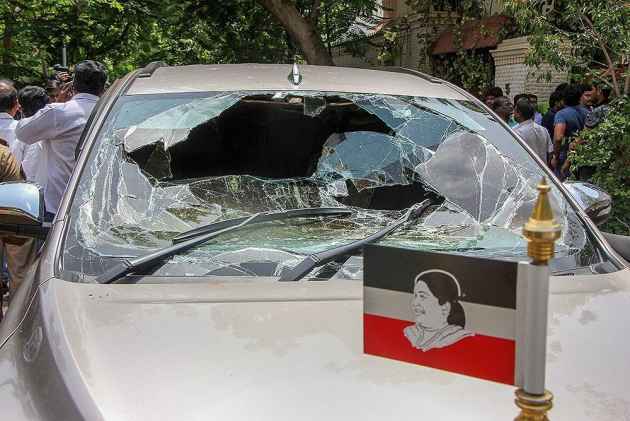 A car in which a recently sacked AMMK  functionary 'Bullet' Parimalam travelled caught fire outside the residence of party leader T T V Dhinakaran in Chennai on Sunday with his supporters claiming it to be a botched "petrol bomb attack."

While police said it was suspected that expelled functionary 'Bullet' Parimalam himself set the car on fire on reaching Dhinakaran's house, the supporters of the AMMK leader alleged he intended to hurl a petrol bomb which went off accidentally.

A senior police official said Parimalam came to the RK Nagar MLA's house apparently to protest the action against him.

After reaching the place, he was suspected to have suddenly set his own car on fire using petrol, before fleeing the spot, the official said.

His driver had been detained and was being interrogated, the official said.

Two supporters of Dhinakaran sustained minor injuries and were sent to a hospital for treatment, police said adding the car was damaged partially.

Supporters of Dhinakaran who were present at the spot claimed that Parimalam had come with an intention to "hurl petrol bomb" at Dhinakaran's house and it exploded accidentally in the car itself.

However, other media reports, including one from ANI, have said that the car which was attacked belonged to Dhinakaran himself, and that a "country-made petrol bomb" was hurled  at Dhinakaran's car.

The report also identifies the two people who got injured in the incident as Dhinakaran's personal photographer and driver.

The report also says that Dhinakaran was not present in the car at the time of the incident that took place near his residence.

Dhinakaran, who was a member of tha AIADMK, broke away from the ruling party to form his own party, AMMK, and successfully contested RK Nagar by-election in December last year. The seat was previously held by former Chief Minister J Jayalalithaa.

Man Lynched, Another Injured In Gujarat's Dahod Over Suspicion Of Robbery