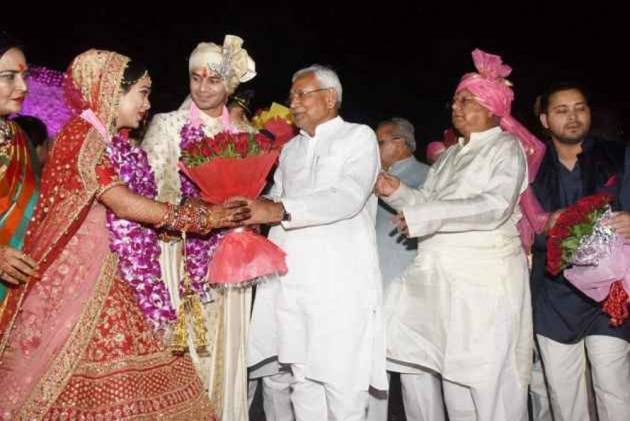 On filing for divorce from his wife of six months, Rashtriya Janata Dal (RJD) chief Lalu Prasad's elder son Tej Pratap Yadav on Saturday said he could not live with her anymore.

They were married in May.

7,000 Guests, 50 Horses: The Grand Marriage Of Tej Pratap, Here Are Other Opulent Weddings Hosted By Politicians

"Yes I have filed for divorce. I cannot live with her anymore," Tej Pratap told the media in Gaya district on the way to Ranchi, Jharkhand to meet his father who is undergoing treatment at a hospital after being jailed in the fodder scam.

Tej Pratap's lawyer Yashwant Kumar Sharma has confirmed that a divorce petition has been filed.

In his petition, Tej Pratap argued that they have compatibility issues.

The court has fixed November 19 for hearing the petition.