Sindhu, who had finished runners-up in the last edition, gave ample display of her grit as she bounced back from a game down to record her first win over Asian Games champion Tzu Ying since the 2016 Rio Olympics. 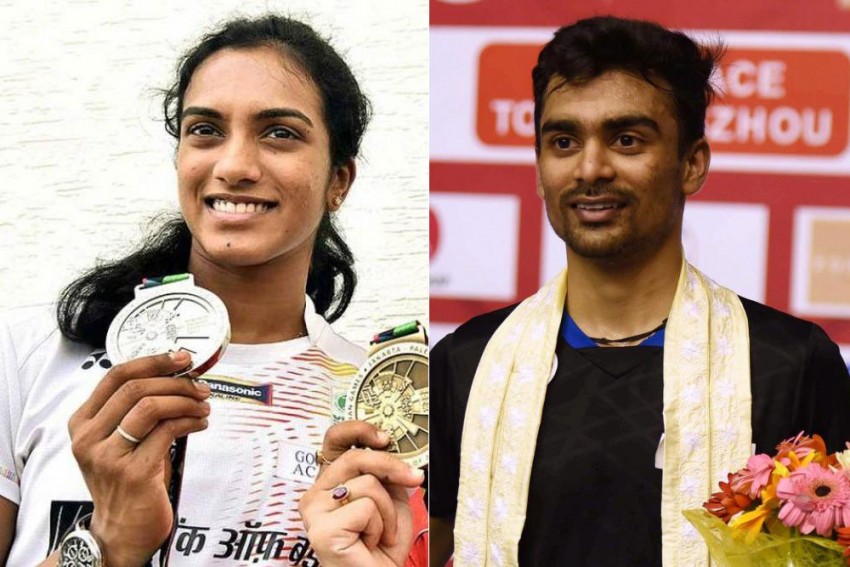 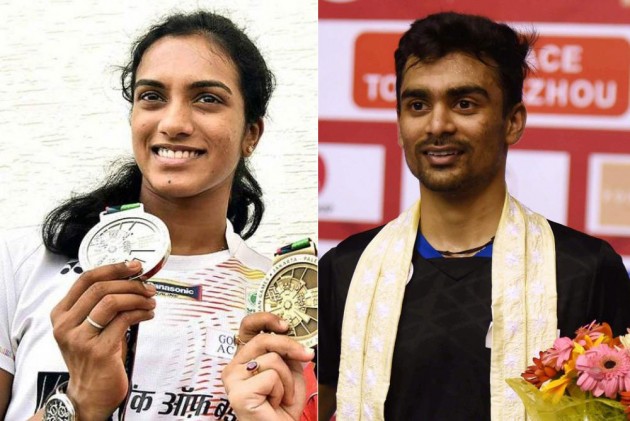 In the women's singles event, Olympic silver medalist Sindhu finally broke her jinx against World No 1 Tai Tzu Ying with a come-from-behind win in a thriller.

The win helped Sindhu lead the four-member group with two wins in two outings. On day one of the competition, she had defeated third seed Akane Yamaguchi of Japan in straight games 24-21, 21-15.

Sindhu, who had finished runners-up in the last edition, gave ample display of her grit as she bounced back from a game down and erased a 6-11 deficit in the final game to record her first win over Asian Games champion Tzu Ying since the 2016 Rio Olympics.

In the 16-minute opening game, Sindhu couldn't produce the winners initially and could only consolidate on the unforced errors of her rival. Tzu Ying, on the other hand, looked as impressive as ever with her deceptive strokes and technical acumen.

Sindhu was lagging 2-6 early on. Tai extended her lead to 8-4 after Sindhu went long and wide.

A couple of good-looking shots helped Sindhu to grab two points before she lifted one to the net.

Two delightful shot with her racquet head on both sides of the court gave Tzu Ying a 11-7 advantage at the first break.

Sindhu grabbed the next three points before the Chinese Taipei shuttler produced a smash to break the run of points.

Tzu Ying's acute-angled strokes bothered Sindhu as she reached 17-12. A lucky net chord gave another point to Tzu Ying, who also played an eye-catching behind-the-back shot to win another point.

She grabbed six-game points when Sindhu went to the net and sealed the opening game as the Indian went long.

In the second game, Tzu Ying made Sindhu run around the court with her acute angled returns but made many unforced errors herself.

Sindhu jumped to 6-3 with her rival missing the lines time and again.

At 3-6, a long rally ensued which ended with Tzu Ying's incredible crosscourt stroke from the back of the court. A winner gave Sindhu a five-point cushion before she reached 10-4.

Tzu Ying tried to stage a comeback but Sindhu managed to extend her five-point advantage, moving to 17-12. The Taiwanese girl went long and found the net as Sindhu moved to 19-13. Tzu Ying got another point before she miscued one to hand over six-game points to Sindhu.

Tzu Ying saved two before serving out as Sindhu took the match to the decider.

In the final game, Tzu Ying led 3-0 early after Sindhu went long twice. The Taiwanese's incredible touch helped her to extend it to 5-2. She caught Sindhu at the forecourt with her over-the-head cross court shot again.

Tzu Ying sent one to the net and went wide again to allow Sindhu narrow down the lead but her angled strokes kept her ahead of the indian at 8-5.

Tzu Ying once again exploited the corners with her crosscourt returns and then Sindhu went long and this time Tzu Ying held a five-point advantage.

After the last change of ends, Sindhu made it 11-12 before Tzu Ying unleashed a body smash. But three unforced errors saw the Indian wrest back the lead, moving to 16-13 quickly.

An over-the-head crosscourt return took Sindhu to 17-13. The Indian added another point before going to nets. A body smash took Tzu Ying to 15-18. Sindhu reciprocated with a body blow and then a lucky net chord helped the Indian grab a four-match point advantage.

Tzu Ying caught the line by a whisker to stay alive and then Sindhu smashed wide to lose another match point. But the Taiwanese went wide again after another superb rally.

Earlier in the day, in the men's singles event, Verma dished out a dominating performance to beat the 10th ranked Tommy Sugiarto of Indonesia 21-16 21-7 in a 40-minute Group B clash.

World No 14 India qualified for the year-ending tournament at the last moment after defending his title at the Syed Modi International last month.

The 24-year-old Indian had lost the opening match against World No 1 and world champion Kento Momota.

Sameer, who had come into the tournament with a 1-1 head-to-head record against Sugiarto, looked comfortable the Indonesian as his sharp game made life difficult for his opponent.

The Indian lagged 1-3 and 5-6 initially but he soon wrested the lead with four straight points before entering the break at 11-7.

Sugiarto tried to stage a comeback and narrowed the deficit to 16-17 but Sameer reeled off the remaining four points to earn the bragging rights.

In the second game, Sugiarto again took a slender 5-3 advantage but the Indian stamped his authority to move from 7-6 to 16-6 with a nine-point burst, and then slammed the door on his rival with another five straight points.

Sindhu takes on Beiwen Zhang of China. They have 3-3 head-to-head record, but the Indian shuttler should start as the favourite against the eighth seed American.

Later in the day, Verma will take on sixth-seeded Kantaphon Wangcharoen of Thailand. They have met twice before, and the head-to-head record stands at 1-1.