The Yes Bank Reconstruction Scheme 2020, shall come into force on March 13, the gazette notification said. 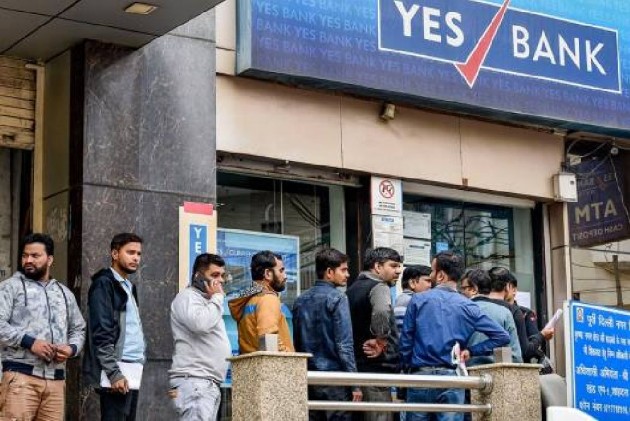 The government said the moratorium on Yes Bank will be lifted at 6 pm on March 18.

The Yes Bank Reconstruction Scheme 2020, shall come into force on March 13, the gazette notification said.

The Union Cabinet had on Friday approved reconstruction scheme for Yes Bank under which SBI will acquire 49 per cent stake in the crisis-ridden private sector bank.

Finance Minister Nirmala Sitharaman said the Union Cabinet has approved the reconstruction scheme for Yes Bank as suggested by the Reserve Bank.

On March 5, the RBI imposed a moratorium on Yes Bank, restricting withdrawals to Rs 50,000 per depositor till April 3.

The moratorium on the bank will be lifted within 3 days of notification of the reconstruction scheme, while its board will be in place in 7 days, she said.

Also Read | The Yes Bank Saga: How The Crisis Unfolded

Giving details about the scheme, Sitharaman said SBI will invest for 49 per cent equity in Yes Bank and other investors are also being invited.

The authorised capital of the lender has been increased to Rs 6,200 crore from Rs 1,100 crore, the finance minister said.

Sitharaman said the scheme has been approved with the objective of protecting the interest of depositors and providing stability to Yes Bank as well as to the entire financial system.

Also Read | RBI Imposes Moratorium On Yes Bank: All You Need to Know

On Thursday, SBI said it will invest Rs 7,250 crore in Yes Bank, which is much higher than Rs 2,450 crore it had planned initially for 49 per cent stake in the private sector lender that began operations in 2004.