While the new tax regime offers lower slab rates to taxpayers, it allows no exemptions or deductions. Calculate your tax liability under both before choosing one.

It is that time of the year when employees of most companies start getting requests for declaring their tax-saving investments to their employers. But before doing so, you first need to choose whether you want to opt for the new tax regime or the old tax regime.

“If you wish to opt for the new tax regime, you will have to inform your employer through the declaration form. The employer will start deducting TDS monthly, accordingly. This declaration will be applicable for the entire financial year 2020-21. Those who do not inform their employer will continue to be taxed as per the old regime,” says Ruchika Bhagat, a chartered accountant and managing director of Neeraj Bhagat & Co., a chartered accountancy firm.

If you are confused about which tax regime to go for, here are three things that can help you make that decision.

The major difference between the old and the new tax regimes is the different slab rates.

Individual taxpayers pay income tax based on the slab system they fall under. The tax slab is based on the incomes of individuals. Typically, individuals with a higher income will need to pay more tax.

The basic tax rate under both the regimes again becomes the same for those earning above Rs 15 lakh per annum. 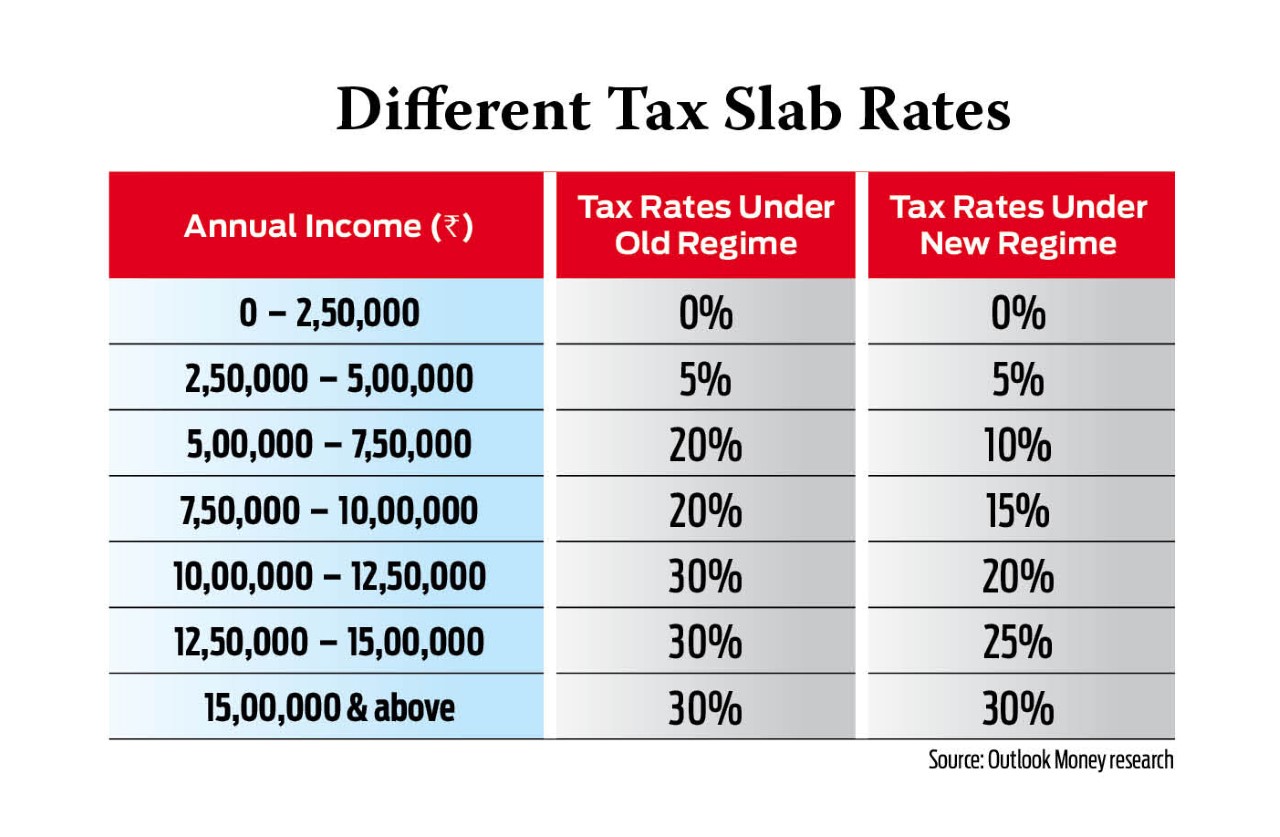 2. Weigh The Benefits of Tax Deductions And Exemptions

Another major difference between the old tax regime and the new tax regime is the option to reduce tax.

On the other hand, under the old regime, taxpayers have almost 70 exemptions and deductions to reduce their taxable income. Deductions allow the taxpayers to lower the tax amount by investing, saving or spending on specific items.

Calculate if the exemptions and deductions reduce your tax outgo enough to cover the extra tax rate you are paying before making a decision. Bhagat says that the benefit of the old tax regime or the new tax regime will vary from individual to individual. Only the kind of income and options available to a taxpayer can reveal which one is beneficial to him or her, she adds.

“This new tax regime takes away most of the deductions and exemptions otherwise available to the taxpayer. Thus, the taxpayer has to be very cautious and should compare whether his ultimate tax liability would be lower if he opts for the new tax regime,” says Nitin Mohan Kashyap, a chartered accountant associated with Coopers Tax Consulting, a tax consultation firm.

He clarifies how the new tax regime may seem complicated for many.

“People opting for the new tax regime need to prepare two sets of the tax computation to arrive at a decision, which again would be a challenging task for the taxpayer considering the complex tax laws. Again no straight-jacket formula can give a clear distinction between both the options in general, and it depends on case to case basis as to what fits best for a taxpayer,” says Kashyap.