Jewellers Stage Protest Against Hallmarking, But Fail To Get Small Players On Board

Most of the small and medium size jewelers did not support the strike against hallmarking as they welcomed the government move making HUID of gold jewelry mandatory across the country. 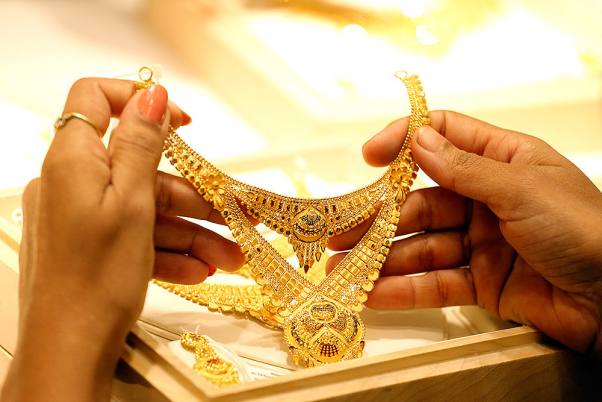 Some leading jewelers across the country staged a token strike against the central government’s move making hallmarking of gold jewelry with unique identification number (HUID) mandatory from June 16. Most of the small and medium size jewelers however did not support the strike as they welcomed the government move making HUID of gold jewelry mandatory across the country, claimed Pankaj Arora, National President of All India Jewelers and Goldsmiths Federation (AIJGF).

In the national capital, for instance, many of the main markets are closed on Monday for weekly holiday, while in other areas like Chandni Chowk, barring a few jewelry stores, most functioned normally.

Though the Bureau of Indian Standards (BIS) for hallmarking gold jewelry came into force in 2002, its implementation has not been successful. Most jewelers have not been undertaking the exercise of hallmarking as there has been little insistence by consumers, leading to continuing complaints about the quality of gold jewelry sold. The unique identification number is expected to address the existing lacunae.

How To Mine Cryptocurrencies

Arora, a member of the government appointed task-force to fine tune the whole exercise given the magnitude of the task, alleges that the strike call was given to scuttle the efforts of small and medium size retailers to make the manufacturers accountable for the quality of products being supplied by them.

“A conspiracy has been hatched by some people by forming a task force and drafting a Standard Operating Procedure which referred to the amendment of Sections 15 and 17 in which these people have made an open proposal to put the onus of HUID on the retailers instead of the manufacturers,” claims Arora.

There are about 6 lakh jewelers in the country of which about 10 percent are big or corporate jewelers while the rest are retail jewelers working in big and small cities across the country. About 20 lakh artisans are engaged in the trade. They make gold ornaments on a daily wage basis and give it to the jewelers.

While calling the strike a betrayal against the interests of the jewelers, Arora contended the move would create distrust of gold traders not only among policy makers but also in the minds of the customers about “ethical” practices. At the same time, HUID would help small and medium retailers to win back the trust of buyers and help them compete fairly against big stores.

Arora however agrees with the contention of big jewelers lobby that the process of HUID is not easy to comply with as not only is a cost involved but there is also the challenge of not having enough hallmarking centres. “The government directive that even jewelry already hallmarked would have to bear the UID has made our task more difficult and expensive,” states a leading jeweler, on condition of anonymity.

Hallmarking of gold, silver and other precious metal jewelry or providing certification of gem quality is mandatory in many countries globally. A major exporter of gems and jewelry, India has been complying with the specific requirements of various countries. Leading exporters admitted that HUID would help to win over consumers’ confidence and may well boost the trade in the long run. Given the advertisement campaigns run by various government organisations about the importance of buying hallmarked jewelry, the protest against insistence on HUID is unlikely to find consumer support.