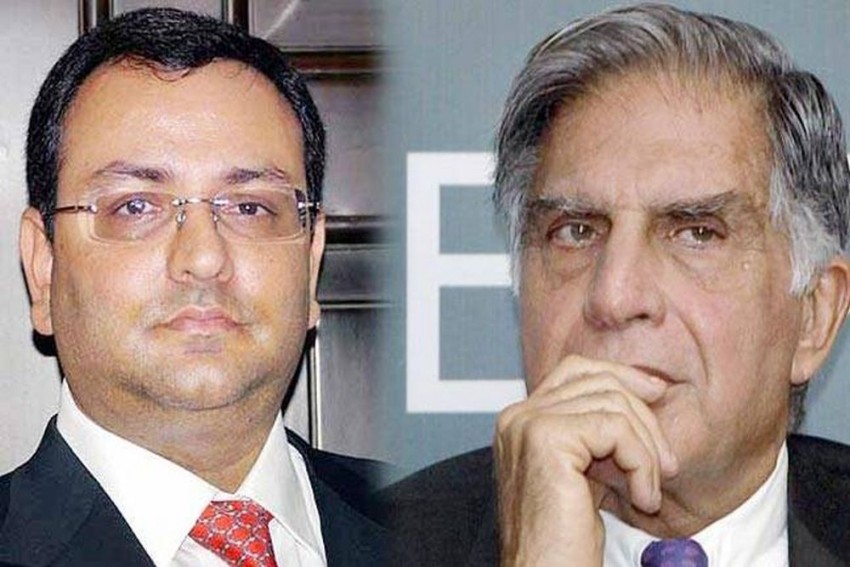 Ousted Tata Sons Chairman Cyrus Mistry on Wednesday termed the NCLAT judgement to reinstate him at the helm of the company as "victory for the principles of good governance and minority shareholder rights" and not his own personal victory.

Tata Sons, on the other hand, said it will take appropriate legal recourse stating it is not clear as to how the NCLAT order seeks to over-rule the decisions taken by shareholders of Tata Sons and listed Tata operating companies at validly constituted shareholder meetings'.

Mistry on his part sought to bury past bitterness, and said that it was now time that "all of us work together for sustainable growth and development of the Tata Group, an institution that we all cherish".

From The Archives | Loose Screws In The Tata Wheels

For over 50 years, the Mistry family, as the significant minority shareholder of Tata Sons, has always endeavoured to play the role of a responsible guardian of an institution that the entire nation is proud of, he added.

"For the Tata Group to prosper as an institution, it is important that the management of individual companies, their Boards, the management of Tata Sons, the Board of Tata Sons and the shareholders of Tata Sons, all work harmoniously within a robust governance framework, that in substance and form, protects the rights of all stakeholders, including shareholders, investors and the Tata Groups employees, who represent the strongest asset of the Group," Mistry said.

Commenting on the verdict of the appellate tribunal, he said, "The outcome of the appeal is a vindication of my stand taken when the then board of Tata Sons, without warning or reason removed me, first as the executive chairman, and subsequently as a director of Tata Sons."

He further said, "My endeavor as Executive Chairman had always been to establish a culture and processes that promote effective board governance to create long term stakeholder value, sustainable profits and growth."

In contrast, Tata Sons said it will take appropriate legal recourse against the NCLAT judgement to reinstate Mistry as Chairman.

The holding company of the Tata group firms further said the "order appears to even go beyond the specific reliefs sought by the appellant (Mistry)".

"It is not clear as to how the NCLAT Order seeks to over-rule the decisions taken by shareholders of Tata Sons and listed Tata operating companies at validly constituted shareholder meetings," it said in a statement.

From The Archives | Real Reasons Behind Mistry’s Ouster Still Unclear

Tata Sons strongly believes in the strength of its case and will take appropriate legal recourse, it said in a statement.

The company assured its "various stakeholders that it not only has always operated in a fair and equitable manner but also acted in accordance with the law and will continue to do so".

In a big win for Mistry, the NCLAT on Wednesday restored him as executive chairman of Tata Sons and ruled that appointment of N Chandrasekaran as the head of the holding company of salt-to-software conglomerate was illegal.

The NCLAT, however, stayed the operation of the order with respect to reinstatement for four weeks to allow Tatas to appeal before the Supreme Court, which has appellate jurisdiction over the NCLAT.

Tata Sons had abruptly sacked Mistry as Chairman of Tata Sons on October 24, 2016 alleging he betrayed trust reposed in him by his desire to seek to control main operating companies of the Tata Group to the exclusion of Tata Sons and other Tata representatives.

He was also accused of non-performance during his reign by pointing out the then conditions of Tata Steel Europe, DoCoMo-Tata Tele joint venture and Tata Motors' India operations, which were termed as 'problem companies', where there was no 'noticeable improvement in operations' and the situation worsened with widening losses, increasing debt and declining market share.

From The Archives | Motor With A Slow Pick-Up

Mistry's removal as Chairman of Tata Sons was followed by his sacking as chairman of TCS and Tata Steel. Tata Sons also moved in fast to remove him as director in several listed and unlisted entities of the group. These were TCS, Tata Steel, Tata Motors, Indian Hotels Co Ltd, Tata Chemicals, Tata Power, Tata Teleservices and Tata Industries.

Mistry on his part while choosing not to face EGMs of shareholders, resigned from these companies as Director, but hit back by filing petition against Ratan Tata, Tata Sons and some of its directors at the National Company Law Tribunal (NCLT), alleging oppression and mismanagement of minority interest.

Soon after he was removed, Mistry had labelled a series of allegations, including corporate governance issues in Tata Sons and carrying on with loss-making Nano project that lost up to Rs 1,000 crore for 'emotional reasons' related to Ratan Tata.

He also alleged that the group was forced to foray into the aviation sector by making him a 'fait accompli' to join hands with Air Asia and Singapore Airlines while making capital infusion higher than initial commitment and raised 'ethical concerns' over certain transactions citing a forensic investigation which "revealed fraudulent transactions of Rs 22 crore involving non-existent parties in India and Singapore".

He had warned that the salt-to-software giant might face Rs 1.18 lakh crore in writedowns because of five unprofitable businesses he inherited.