GDP At Six-Year Low: Five Reasons Why The Economy Tanked

Internal and external factors, macro to micro issues, and challenges in specific sectors unleashed a chain of events that stopped the Indian growth story in its tracks 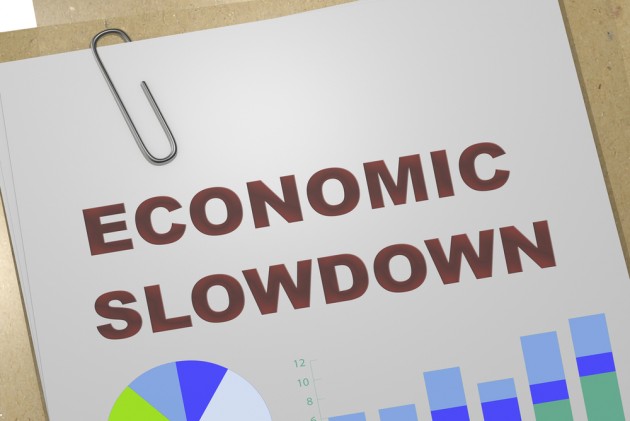 The Indian economy grew by a mere 5% in the first quarter of this financial year. This was way lower than the predicted 5.8%, and the slowest in the past six years. The story of the huge slowdown in the Indian economy can be told in five episodes. Each one is distinct, but converges with the others. Ultimately, it was a complex mix of various factors that led to the implosion.

Crises in the financial sector
For several years, since the UPA regimes, Indian banks, especially the state-owned ones, were under pressure due to growing and looming bad loans. The NPAs, or non-performing assets, kept growing due to the past wrong decisions, when loans were easily given to the corporate sector because of nexus between politicians and big business. In a bid to tackle the mess, the government allowed the banks to sell the defaulting companies to new buyers, even if the former had to take haircuts, i.e. accept payments of only a percentage of the outstanding loans. Under the new insolvency and bankruptcy code, the ownership of thousands of companies changed within three years. This created supply constraints, i.e. a reduction in production for two reasons. One, most of the companies were simply shut down by the banks. Two, the ones that were sold to new buyers required time, six months to 18 months, to swing back to normal production.

The unintended consequence was that it forced the banks to become risk-averse. Earlier, the huge chunk of bad loans scared the bank officials, who did not wish to lend more money unless they were totally sure that the money would be paid. When the insolvency code kicked in, the due diligence norms became stricter to ensure that the defaults were minimized. In both cases, lending to the industry took a beating. This was extended to the retail borrowers, who normally take loans to buy consumer goods, automobiles, and houses. Therefore, the squeeze on finance kicked in a huge lack of demand in these segments. The situation was accelerated by the subsequent crisis in the non-banking financial companies (NBFCs) segment, which provided alternative loans to the retail borrowers. The combination stopped the liquidity pipeline for consumer purchases. Thus, private investments declined, and manufacturing took a hit; in the first quarter of this fiscal, manufacturing grew by only 0.6%, down from more than 12% in the same fiscal the previous year.

How Can India Deal With The Current Economic Crisis?

Squeeze in government revenues
As private investments slid, the government could have propelled public investments to make up for the difference. But this wasn’t possible because tax revenues took a beating, largely because of a combination of slower growth for several quarters, and the subsequent huge decline in tax revenues. The latter was aided by not-too-well-thought-of, although laudable, decisions such as demonetisation and the hurried imposition of the Goods and Services Tax (GST). When the economists compared the official 2018-19 revenues that were mentioned in the Economic Survey 2019 and Budget 2019, they found a huge shortfall. The former overstated the revenues by a huge margin. This was proved to be true when the government recently transferred a whopping Rs 176,000 crore from the Reserve Bank to the exchequer. The tax shortfall had another unintended consequence – it forced the income tax officials to send notices to both the companies and wealthy professionals in a bid to shore up revenues. This created a scenario in which the business community were frightened, and dare not pump in money for growth and expansion.

Stock market conundrum
For almost a year, although the main stock market indices, like Sensex (BSE) and Nifty (NSE) remained strong, the mid- and small-size companies took a beating on Dalal Street. Since August 2018, the midcap index of the BSE declined by 20-25%, and the smallcap index by almost 30%. It was only a matter of time before the two major indices, Sensex and Nifty, too took a beating. This began to happen after the lackluster Budget 2019, and after the euphoria of Narendra Modi’s huge electoral victory died down. So, for a year, most of the companies had trouble raising money in the stock market. The fall in stock prices had another unintended consequence – as prices came down, the value of the shares that were pledged by the various businesspersons as collateral to their lenders came down. They were, thus, forced to either pledge more shares, or seek other ways to put up the additional collateral. This created another wave of panic. Instead of being able to access money to enhance their capacities, businesses resorted to using their cash and other assets to prevent the lenders from taking over the promoters’ pledged shares. There was a huge scramble.

The wrong arithmetic
For years, critics said that there were problems with official Indian economic statistics. They maintained that the GDP growth figures were overstated, and the differences between government revenues and expenditure were understated. This was initially clear from the admission made in the 2017 Economic Survey, which clearly stated that in the wake of demonetisation the growth figures are likely to be exaggerated. The main reason was that India has no way to calculate the growth rates in the unorganised sector. The officials merely take the organised sector as a benchmark. Since demonetisation specifically impacted the unorganised sector, and not the organised one in a similar manner, the official growth rates were probably higher than the real ones. Then the GST wrecked havoc with the unorganised sector, which was further decimated. Over time, the impact on the unorganised sector reflected in the growth of the organised one, simply because in certain segments like leather, automobiles, and textiles, there are strong linkages between the two. Therefore, it is not surprising that auto and textiles are among the worst hit sectors today.

External environment
Sectors like automobiles and textiles were further impacted by the global economic environment. As huge economies, both developed and emerging, faltered in the recent past, Indian exports suffered. Since India had emerged as the global hub in several sectors, including the two mentioned above, this led to a huge crisis. Immediate reasons such as trade wars between the US and China because of Donald Trump’s aggressive policies, and subsequent slower growths on the two economies, apart from the others, were compounded by the larger state of the global economy. As Ruchir Sharma wrote in a recent article, “No major economy is growing as fast as it was before 2008 (the year of the Global Financial Crisis). Not one is growing faster than 10%, the rate experienced by the Asian ‘miracle economies’ before the crisis.” In the same piece, he added: "As growth downshifts, even little miracles are disappearing. Before the 2010s, it was common for one in every five economies to be growing at 7% or more annually. Now, among the world’s 200 economies, just eight, or one in 25, are on track to grow 7% this year. Many of those are small economies in Africa.”