Seeking to dispel doubts over the economy and government's growth agenda, Finance Minister Nirmala Sitharman announced a slew of measures to revive the economy. 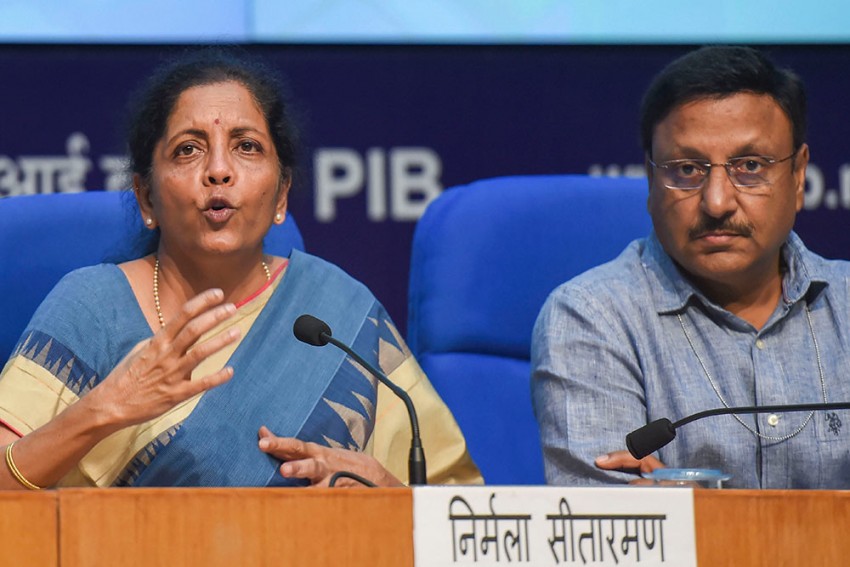 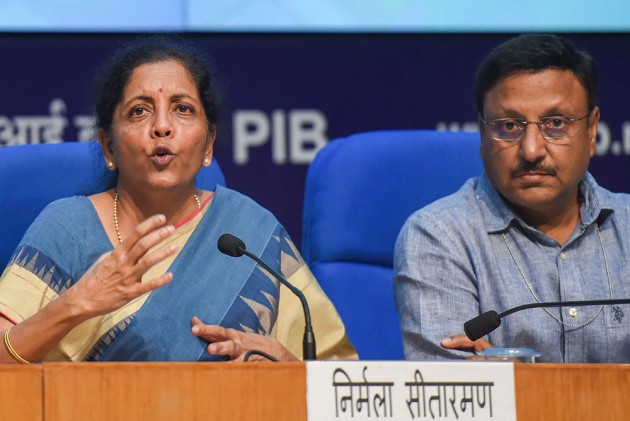 Finance Minister Nirmala Sitharaman on Friday said India's GDP continues to grow at a faster pace than the global economy and any other major economy. She said that reform is a continuous process for her government and it tops the agenda. Seeking to dispel doubts over the economy and government's growth agenda, the Finance Minister announced a slew of measures to revive the economy.

Taking a jibe at Congress, Sitharaman said corruption and the economic slowdown was all because of the previous UPA governments, and the reforms and economic growth is a result of the efforts of the current government.

Amid deepening distress in the auto industry, the government announced several relief measures including deferring one-time registration fee, lifting the ban on the purchase of petrol/diesel vehicles by its departments and allowing higher depreciation, but it remained non-committal on the demand for a reduction in GST rates.

Auto sales in the country have been declining for almost a year now with the passenger vehicles (PVs) segment being the worst hit. Industry estimates suggest that 2 lakh jobs have been cut in the last three months as auto companies and component makers grapple with slow demand.

"BS-IV vehicles was a big issue. There was confusion because the government wanted to make an announcement to encourage electric vehicles and electric batteries (production)... BS-IV vehicles, which are purchased up to March 2020 will all remain operational for their entire period of registration," she told reporters while announcing measures to boost the sagging economic growth.

The government also said it will set up an inter-ministerial task force to shortlist infrastructure projects for its ambitious target of spending Rs 100 lakh crore in the sector.

Announcing a raft of measures to boost the economy, Finance Minister Nirmala Sitharaman said the issue of delayed payments from central public sector enterprises (CPSEs) to project developers will be monitored by the Department of Expenditure and the entire process will be reviewed by the Cabinet Secretariat.

These initiatives, she said, is expected to boost growth and job creation.

In a major relief to the MSME sector facing liquidity shortage, the government announced that all their pending GST refunds will be paid within 30 days.

Also, in future, all GST refunds of micro, small and medium enterprises (MSMEs) will be paid within 60 days from the date of application, Finance Minister Nirmala Sitharaman said while announcing a slew of measures to boost growth.

With an aim to check the massive outflow of foreign portfolio investment since the Budget, the government on Friday withdrew the surcharge levied on them.

As a result, the tax incidence for foreign portfolio investors (FPIs) will come down by 4-7 per cent removing the anomaly created in the Budget. The move will also cheer domestic investors as the withdrawal would also apply to them.

The action came weeks after FPIs turned net sellers after levy of surcharge in the Union budget and are estimated to have pulled out about Rs 8,500 crore since the budget announcement.

The government also announced a slew of measures to ensure that loans for home, vehicles and consumer goods become cheaper and widely available through banking and non-banking finance companies.

Sitharaman said that banks will pass on RBI rate cut benefits to borrowers through MCLR reduction.

She said that banks will launch repo rate and external benchmark-linked loan products that will lead to reduced easy monthly instalments for housing, vehicle and other retail loans.