The consortium of 26 lenders which now owns 51 per cent in Jet Airways, had invited expressions of interest between April 8 and 12 and had received four preliminary bids. 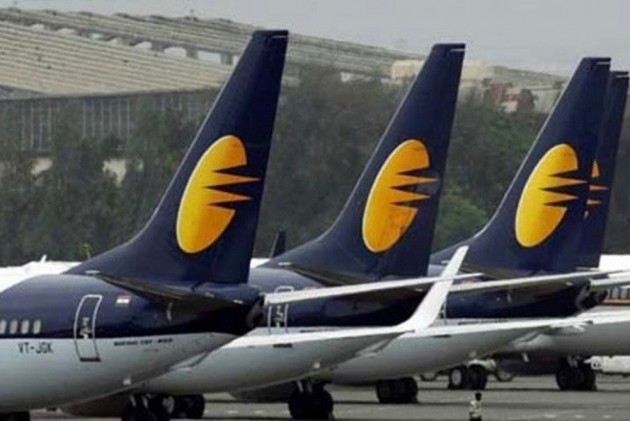 State Bank, which leads the consortium of the lenders of Jet Airways Friday said they have received bids from Etihad Airways and a few unsolicited parties to take over the grounded airline.

The consortium of 26 lenders which now owns 51 per cent in the airline, had invited expressions of interest between April 8 and 12 and had received four preliminary bids.

Friday was the last day to submit financial bids by the qualified bidders.

"Sealed bid from Etihad Airways has been received and the same will be submitted to lenders for examination," said SBI Caps, which is handling the bidding process.

It further said a few unsolicited offers have also been received which the lenders may deliberate on subsequently.

The lenders are offering 31.2-75 per cent stake in the company on a fully diluted basis. Currently, the airline owes Rs 8,000 crore to the lenders.