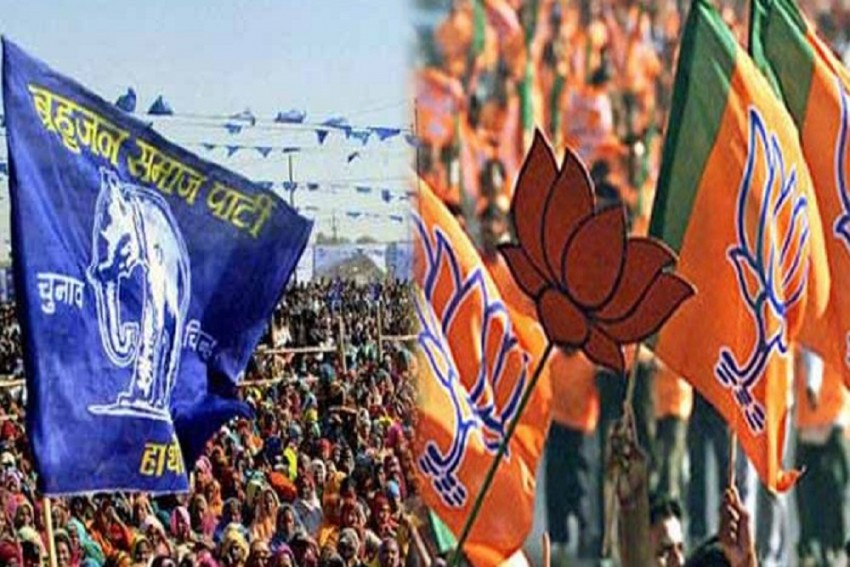 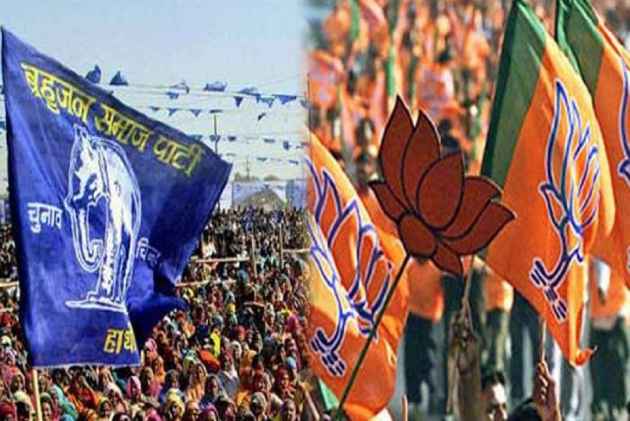 Following controversy over the BJP's Dalit outreach programmes in Uttar Pradesh, the BSP has decided to hold 'chaupals' or village meetings across the state to expose what is calls the "anti-Dalit face" of the saffron party.

"BSP leaders including coordinators and office bearers will be moving out to villages all over the state to hold chaupals to apprise all, especially the Dalits, about the anti-people and anti-Dalit steps being taken by the BJP government," a senior BSP leader said.

"Dalits are angry over the manner in which a mockery is being made out by the Uttar Pradesh ministers visiting villages, taking their own food and water and showing to the world that they are dining in Dalit households," he said, adding that their drama is getting exposed with every passing day.

"While one minister carries food and water with him and dines as if he is attending a feast, the other minister claims that they are spending nights in villages braving mosquito bites... These BJP leaders are only exposing their real mindset not only towards Dalits but also towards the villagers and their lifestyle.

"On our part, we will organise chaupals and interact with the villagers at the grass-roots level and apprise them of the reality of this government," he told PTI, requesting anonymity.

"Our leaders will tell the people as to how the BJP's so called pro-Dalit stance is a farce and designed only for its petty electoral gains. BJP leaders are carrying out a drama of sharing meals with Dalits in their homes but the food that they take is brought from other places as they do not want to eat the meal prepared by a Dalit in his house," he said.

Since BSP chief Mayawati is currently busy in Karnataka polls, the chaupal programme will take shape only next month, he said.

The BSP leadership has already alerted its office bearers and coordinators to keep a close watch on the BJPs "sahbhoj" (community feast) programmes.

BSP men have also been asked to prepare a list of events where the BJP leaders have shown disrespect during their outreach programme by ordering food, crockery or water from outside or any of them making statements which hurt the sentiments of Dalits, he said.

The BSP will also take this opportunity to refresh the memory of Dalits on various cases of atrocities on them during the BJP government by recalling incidents during the Bharat bandh against the dilution of SC/ST Act and lynching of Dalits among others and how the government has been lax in taking action against the culprits, he added.