MLAs in Uttar Pradesh are voting for 10 seats in Rajya Sabha, for which 11 candidates are contesting. 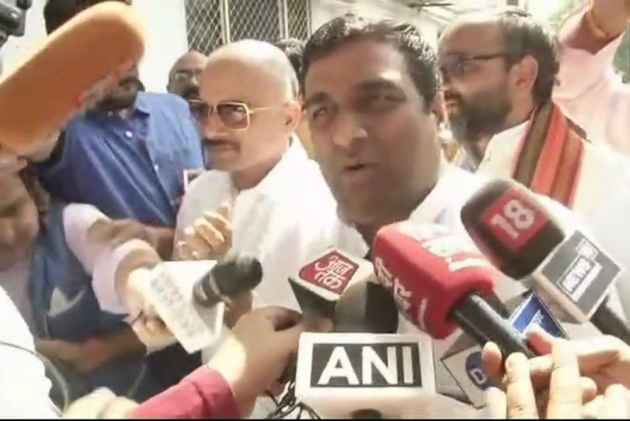 BSP MLA Anil Singh cross-voted for the BJP in the Rajya sabha elections on Friday, and the ruling party said that with a two-third majority in the Uttar Pradesh Assembly, it is confident of winning 9 out of 10 Rajya Sabha seats.

"I have voted for BJP. I don't know about the rest," Singh told reporters.

Since the BJP and its allies have 324 seats in the Uttar Pradesh Assembly right now, the saffron party can easily bag eight of the 10 seats and will still be left with 28 surplus votes as the the four-MLA strong Suheldev Bharatiya Samaj Party (SBSP) has decided to go with the ruling party.

"There can be some contest on the ninth seat," a senior UP BJP leader said.

MLAs in Uttar Pradesh are voting for 10 seats in Rajya Sabha, for which 11 candidates are contesting. The BJP, with 324 seats, has enough numbers in the Assembly to secure 8 seats, while the Samajwadi Party can easily secure 1. The final seat, however, is seeing a close contest between the BJP and BSP. Seven Congress workers lawmakers voted for BSP's Bhim Rao Ambedkar, but the flight is still neck-and-neck.

To secure a seat to the Upper House of Parliament from this state, a candidate needs 37 first preference votes. The country's most populous state sends 31 MPs to the 245-member Rajya Sabha, and the BJP, which won a massive victory in the 2017 Assembly elections, is yet to get a lion's share of these.

The Samajwadi Party, which has fielded Jaya Bachchan, and the BSP, which nominated Bhimrao Ambedkar, appeared confident of winning one each of the remaining two seats.

The Apna Dal (Sonelal), with nine MLAs, has also decided to vote for the BJP nominees.

"We are standing with the BJP. We held a meeting of our MLAs and it was decided that we will strongly support the BJP," national president of Apna Dal (S) Ashish Patel had told PTI.

The declaration of support from the Apna Dal (S) came days after SBSP chief Om Prakash Rajbhar, a Cabinet minister in state government, declared his party's support for the BJP candidates.

For the 58 Rajya Sabha seats to be filled, 33 candidates from 10 states have been unanimously elected. Voting for the remaining 25 seats is being held in six states: Uttar Pradesh, West Bengal, Karnataka, Jharkhand, Chhattisgarh and Telangana.

The Rajya Sabha vacancies next month include 17 from the Bharatiya Janata Party (BJP) and 12 from the Congress.

Counting of votes will begin from 5 pm onwards on Friday. Results are expected to will be announced the same evening.