Tejpal, the founder editor of Tehelka magazine, had moved the Goa bench of the Bombay High Court against the district court's order. 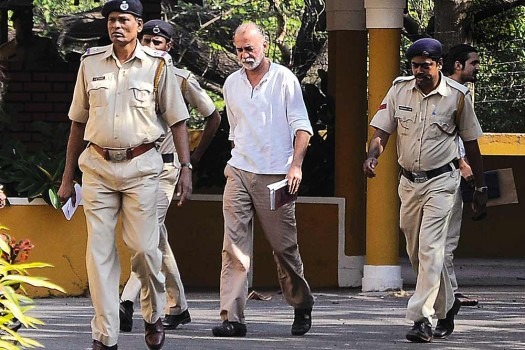 The Bombay High Court today refused to stay the framing of charges against Tarun Tejpal in a case of alleged rape, and issued a notice to the Goa government seeking its response to the senior journalist's plea.

The district court in Mapusa had on September 7 refused to drop the charges against Tejpal, who has been accused of sexually assaulting a former colleague at an event in Goa in 2013.

Tejpal, the founder editor of Tehelka magazine, had moved the Goa bench of the Bombay High Court against the district court's order.

Justice Prithviraj Chavan, while hearing his prayer today, declined to stay the framing of charges by the trial court. Tejpal had sought a stay on framing of charges against him till the time the HC has decided his plea on dropping the charges.

Tejpal has contended there was a lack of evidence against him in the case.

The high court, however, said if the district court frames charges against Tejpal, the recording of evidence, which marks the beginning of the trial, should be deferred.

The court posted the matter for further hearing to November 1.

'Both India And US Recognise The Stress Of Global Terrorism,' Says US Defence Secretary James Mattis