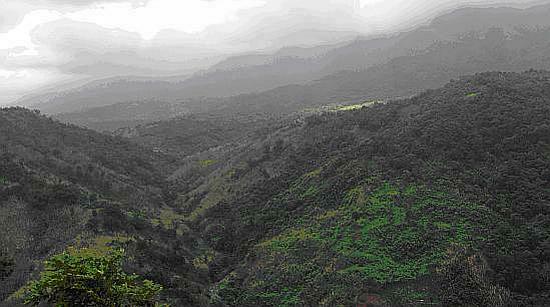 The North Cachar Hills district of Assam is one of its most potent tourist attractions besides the Kaziranga National Park. Located in the midst of the Barail Ranges, a visitor cannot help but admire the blue mountain ranges, the wild flora and fauna and the roads bedecked with wild flowers and orchids. Growing up in the district headquarters, Haflong, was a delightful experience for me with its peaceful multi-cultural character, colourful market places and spectacular cloudy days with rainbows crisscrossing the sky at regular intervals.

In fact, the North Cachar Hills could be termed as a microcosm of North East India with a difference: ten or more tribes used to co-exist peacefully, sharing the everyday joys and burdens of life. Sadly, the district has not been able to escape the ethnic tensions raging in its bordering states of Nagaland and Manipur and has fallen to a similar trajectory of ethnic violence. The hill district is a sparsely populated area with a population of 1,86,189 according to the 2001 census of which 1.51 lakh are Dimasas, with the rest being Jemes, Hmar, Kuki, Biate, Hrangkhol, Khelma, Jaintia, Karbi and Vaiphei.

It is rather painful to see the unfolding events in recent months which have witnessed bloodshed between the Dimasas, the major tribe and the Jeme Nagas, the largest minority tribe in the area. From March 2009 till date, the inter-ethnic violence between the two tribes has resulted in 63 deaths (39 Nagas and 24 Dimasas). 528 houses have been burnt of which 228 belonged to Nagas and 300 to Dimasas.

While there were telling signs that violence might erupt, but that it would result in a violent conflict between the Jeme Nagas and the Dimasas so suddenly was not foreseen. Earlier, the violence had been between the Dimasas and the Hmars and the militant factions.

Violence in the North Cachar Hills district has been rampant since the 1990s with the formation of the Dima Halam Daogah (DHD), a Dimasa militant outfit demanding a separate ethnically slanted state for the Dimasas within India called Dimaraji.

The territorial map for Dimaraji comprises major areas of the contested Karbi Anglong district, parts of Nagoan and Cachar district in Assam, the entire North Cachar Hills as well as certain areas in Nagaland. This clashes with the NSCN (IM)’s [ National Socialist Council of Nagalim led by Isak Chisi Swu and Thuingaleng Muivah] territorial mapping of Nagalim (Greater Nagaland). In addition, the Karbi militant outfit, the United Peoples’ Democratic Solidarity (UPDS) leadership in the adjoining district of Karbi Anglong also sticks to its demand for a Karbi state to be carved out of the same territory--Karbi Anglong district and parts of Nagaon district in Assam.

Out of such territorial contestations arises one of the bloodiest of conflicts. Factionalism is another recurring problem between the militant groups. In 2002, the DHD split into two factions, one led by Dilip Nunisa (pro-cease-fire group with the union government) and the anti-cease-fire faction led by Jewel Garlosa who was recently arrested in Bangalore. These factions have engaged in violent exchanges resulting in a militarised and insecure social environment.

The impact of the recent ethnic violence on the local population has been psychologically destabilizing. In the first week of August 2009, I received desperate phone calls from residents from Jeme Naga villages in Haflong sub-division seeking advice on where they should go in case their villages were attacked. The villagers claimed that while 15 Indian army personnel are posted in their village, they do not feel safe as the militants far outnumber them.

The North Cachar hills have only four police stations in a densely forested area of 4,888 sq. km which is far from adequate in ensuring law and order in these remote corners of India. Basic human needs like electricity and water are scarce. People fear for their lives because movement in the forest, particularly at nights, cannot be easily detected.

Out of 552 villages in the district, around 50 villages have been relocated along ethnic lines (Dimasa and Jeme Naga clusters) as a rehabilitation measure with the displacement of around 10, 000 villagers. Earlier, Dimasa and Jeme villages were located next to each other especially in the Mahur sub-division where the attacks first occurred in March 2009.

The Jeme Nagas are also fleeing to the neighbouring Tamenglong district of Manipur where they feel safer as part of the larger tribe of Zeliangrong of which they are a sub-division. As one of the displaced Jeme Nagas puts it, life is tough without their land and fields. They are desperate and disillusioned.

The biggest casualty of the recent violence have been school going children. All schools have been closed for the prevailing fear that violence might spread to children belonging to different tribes attending the same school. After all, Dimasa and Jeme Naga boys and girls attend the same schools, learn the same lessons and play soccer or basket ball together.

Who is responsible for this current crisis? According to intelligence estimates, the DHD (Jewel Garlosa) faction is supposedly behind the attacks on the Jeme Naga villages and there is now hope that with the arrest of its leader, the violence will subside. The hand of the NSCN (IM) has also been suspected in the ethnic flare-up though the NSCN (IM) in a public statement denied organizational involvement in the crisis. But this diagnosis by the intelligence agencies seems rather odd as they had earlier categorically stated that the DHD (Jewel faction) and the NSCN (IM) were hand-in-glove in their fight against the Indian state agencies. Why this sudden division now?

Whoever may be behind the flare-up, the Assam state government cannot escape a major share of the blame. The neglect of the hill districts of Assam by the state government is a fact of life. The level of social, political and economic development of the North Cachar Hills is one of the poorest in the state. People still depend on shifting cultivation and there are no alternative support structures if people lose their daily means of subsistence due to the ravages of the weather or ethnic violence.

The natural resources of the area like coffee and fruit production have been sorely neglected for years, denying people of a dignified existence. The local food preservation factory in Haflong which used to produce profitable fruit juices and tin fruits under the brand name “Kanch” was closed down years back due to lack of state support. The fruits orchards perished, ending many local jobs.

There are no avenues for entertainment for young people, no way to form social bonds or communities and the only way out seems to be to either join militant groups to create a feeling of youthful belonging or leave the district altogether. The talented youth leave as soon as they are old enough to flee a life of “no employment opportunities” and militant violence.

Law enforcement mechanisms are non-existent. The police force is under-stuffed, grossly underpaid and de-motivated. During the recent ethnic violence, innocent people were arrested by the police and then released after relatives paid a bribe ranging between Rs 10,000 to 15,000.

In such circumstances, it is unthinkable that people under threat will go to the state agencies for help. The “idea of India” for these far flung tribes is not that of a pluralistic inclusive country that we so love but a crop of corrupt local politicians and a state structure where guerrillas can play havoc with the lives of the local population.

Amidst these large social and basic security crisis, there are many questions that should trouble us as part of a democratic Indian community is: Why was this violence allowed to flare up and for so long? Why is it that in most cases of social and political crisis like terrorism and insurgent violence, the Indian state agencies are caught napping?

This politician-insurgent nexus is a dreaded political disease in the North East. The Chief Executive Member of the North Cachar Hills Autonomous District Council with headquarters in Haflong, it was recently revealed, was transferring development funds to the DHD (whichever faction). He was only caught once ethnic violence flared up. The National Investigation Agency to whom his case has been referred to, must make public the nature of the transactions that took place. The everyday North Eastern reality of political corruption, arms smugglers, drug peddlers, extortion networks and rich guerrilla leaders using politics as a pretext to shore up their own individual finances must not be tolerated by the local society and the larger Indian milieu.

The only small ray of hope is that civil society organizations such as the Dimasa Apex Body, the Tousem Relief Committee in Manipur, the Assam Sattra Mahasabha have stepped forward and openly condemned the recent incidents. A concerted effort is required to prevent such violence from recurring for which a dialogue needs to be initiated without any further delay. The formation of a joint body of community leaders from both the Dimasas and the Jemes Nagas including other tribes like the Kukis and Hmars is the need of the hour. State politicians and bureaucrats, police and army officers, academics, cease-fire signed militant outfit leaders and journalists should step forward to participate in this process. That is the only way of squarely dealing with the challenge of understanding complexities, which could be at the level of social, political and cultural uncertainties buttressed by differences in perceptions of the contextual situation.

The aim of such an overarching dialogue between various stakeholders in the North Cachar Hills of Assam should be to bring together diverse groups of actors with differences in personal experiences, perceptions and a history of violent conflict between them in order to create conditions for the emergence of an inclusive and peaceful civic society. That is the only realistic way to ensure that violence is rooted out.  A limited security force, clueless about the lay of the land, and its complex history of violence, is not sufficient to address the present violence in North Cachar Hills

Dr. Namrata Goswami is an Associate Fellow at the Institute for Defence Studies and Analyses (IDSA), New Delhi. The views expressed here are that of the author and not that of the IDSA.