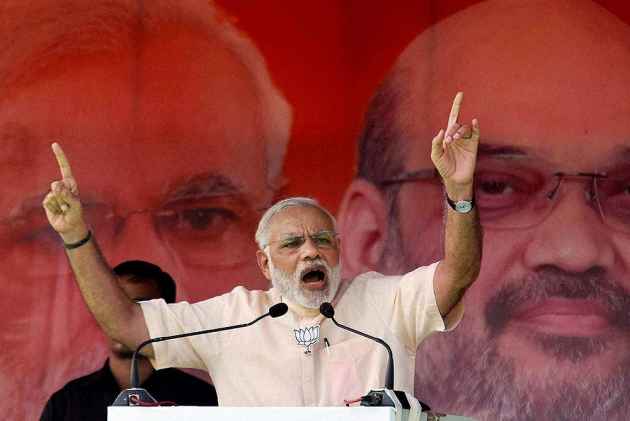 There isn't a shortage of explanations on why the BJP lost its way in Bihar - Modi's waning popularity, RSS and quotas, no strong local leader and even humble food staples like beef and dal. But there is another explanation - voters were rewarding Nitish Kumar for delivering steady economic growth.

In the developed world, the proposition that a good economy helps incumbent governments is well accepted. There is even some evidence [1] that in the US, voters base their decision largely on the election year economy. If the economy is on an upswing before the election, the incumbent president usually wins. If it isn't, voters go with the challenger.

In India, the notion that voters reward economic growth seems fanciful. We are, after all, programmed to think that Indian voters are driven by identity politics, emotions or free handouts. Lazy analysts frequently resort to clichés like "people don't cast their votes; they vote their caste" to predict outcomes. And media coverage leading up to elections is dominated by personalities and minor controversies.

But there are signs that this is changing, at least in state-level politics. A paper by economists Poonam Gupta and Arvind Panagariya (the vice chair of the Niti Ayog) [2] shows that candidates of incumbent parties in high-growth states have a higher probability of victory than those in low-growth states.

To disentangle the effect of growth from other factors, the authors studied the performance of Lok Sabha candidates in different states. Since policies of the central government are uniform, state-to-state variations in growth can be isolated. Hence if voters value economic growth, they'd reward candidates nominated by the state incumbent party if it has managed the economy well and punish them if not.

A more recent paper by Milan Vaishnav and Reedy Swanson [3] reinforces the finding that Indian voters are rewarding governments that deliver high-growth. However their research indicates that the positive link between growth and electoral returns is only a recent phenomenon, specifically in the post-2000 period. They also find that economic growth has a greater bearing on election outcome than other issues like inflation and crime.

This is a welcome change. Since 2005, when Nitish Kumar assumed office, Bihar has grown at an annualised rate of around 10 percent. That is much higher than its previous growth and outpaces that of most other states. Yet it is from a very low base - Bihar continues to be at the bottom of per capita rankings. The momentum of growth has to be maintained for a long time, before the state reaches the national average.

Nonetheless it is heartening to see that Indian voters are rewarding good governance. Hopefully this loss prompts the BJP to pull back from shrill and pointless rhetoric and instead focus on getting India on the path to 8 and 9 percent growth. And based on the evidence, that strategy may yield better electoral results than bovine politics.

Papers referenced in this article: