Suzuki is working on an upside-down single-cylinder engine 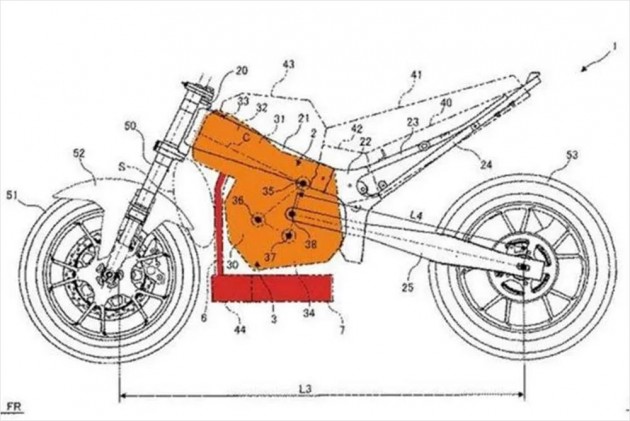 During a motor show, you may have seen bike makers coming up with various mind-altering inventions. But even by those standards, what Suzuki is doing here is pretty insane. You see, unlike your regular motorcycle engine, Suzuki is developing a motorcycle that will have an upside-down engine. Don't scratch your head right away. It gets interesting from here, we promise. According to the blueprint, the cylinder head runs horizontal to the ground, with the cylinder head placed perpendicular to the top of the fork.

There are two main reasons why Suzuki came up with this kooky design. First off, due to its compact dimensions, the front wheel could be moved a bit back, giving the motorcycle a shorter wheelbase. And secondly, as the swingarm pivot, the crankshaft, countershaft and the outer shaft are moved significantly further inwards, this allows for a longer swingarm that helps with the stability aspect.

It’s not just that Suzuki’s engineers had to change the position of the engine, they also had to move the fuel tank, the air-box and the battery. The fuel tank is now placed under the seat, whereas the air-box and the battery are now in place of the conventional fuel tank. Now, Suzuki has mentioned that this is a liquid-cooled engine, but the illustration doesn't show where the radiator will go (we assume that it will be mounted on the side).

Suzuki has chosen to go for the easiest configuration for building this engine: a single-cylinder setup. And it makes sense too, adding more cylinders will eventually extend the dimensions of the chassis, which will further complicate things.

Lastly, this is still at a very nascent stage and we don't know whether it will make it to the production stage or not.