The reduction in price is only for a limited time period.

The SWM Superdual T was launched in India with much fanfare by its parent company Motoroyale a few months back. The new motorcycle was the first ADV offering from Motoroyale for India, but it seems the bike hasn’t found many takers to date. This doesn’t come as a surprise as the Superdual T is more of a hardcore off-roader than an adventure tourer. Also, the SWM brand isn’t among the most popular two-wheeler brands and the restricted dealership network of Motoroyale have compounded its problem further. Additionally, its rivals, the Kawasaki Versys 650 and the Suzuki V-Strom 650, are more well-rounded and also more reliable. 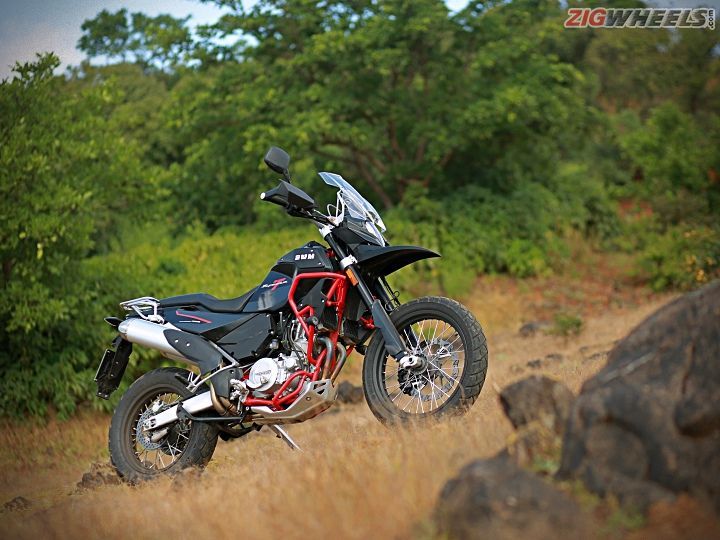 With the reduction in price, the Superdual T becomes the cheapest offering in its segment. The Suzuki V-Strom is the most expensive at Rs 7.46 lakh, while the Versys 650 carries a sticker price of Rs 6.69 lakh (both prices are ex-showroom, Delhi). We must add that both the Japanese bikes are powered by twin-cylinder motors, while the SWM has a single-cylinder engine, but it does have the better hardware for off-road riding. The reduction in pricing is only available for the first 250 customers or until 31 March 2019. Whether the revision in pricing helps Motoroyale push sales is something only time will answer.

Motoroyale by Kinetic, is offering motorcycle enthusiasts a chance to make an SWM Superdual 650 their own at a never before price. This special offer is for the first 250 customers or until 31st March, 2019. The price of the bike has been revised to INR 6.50 lakhs Ex showroom from INR 7.30 lakhs, a whopping difference of Rs. 80,000 from the announced price, as a special gesture.

The Superdual 650 was launched earlier in Oct 2018 by Kinetic and has received rave reviews from customers and auto – experts; and is being touted as the country’s most effective motorcycle in the adventure segment, with unmatched capabilities in both, on road & off road categories.

On this development, Ajinkya Firodia, MD, Motoroyale Kinetic Private Limited, said “The adventure & touring segment is the fastest growing superbike segment, and the SWM Superdual T has received a clear preference over the other motorcycles in this segment due to its unmatched capability to handle all types of terrains.  We have hence decided to appreciate and reward the first 250 customers by offering them an amazing introductory price which is 6.5L ex showroom; making the price for the Superdual very attractive – especially because it comes fully loaded with accessories for which others are charging up to Rs One Lakhs .  We are also hosting various training sessions and creating adventure tracks for our customers to be able to experience everything that this bike is capable of.”