Honda has just launched the CB300R at Rs 2.41 lakh, which puts it up against some interesting rivals in the Rs 2 lakh to Rs 2.5 lakh price bracket. At the bottom of the range lies the TVS Apache RR 310, a faired alternative to the naked CB300R. Then you have the segment leader, the KTM 390 Duke, which does everything right. There’s also the Royal Enfield Interceptor that gets a 650cc, parallel-twin engine at the price of a 300cc, single-cylinder motorcycle. So what does the Honda CB300R bring to the party? Let's find out. 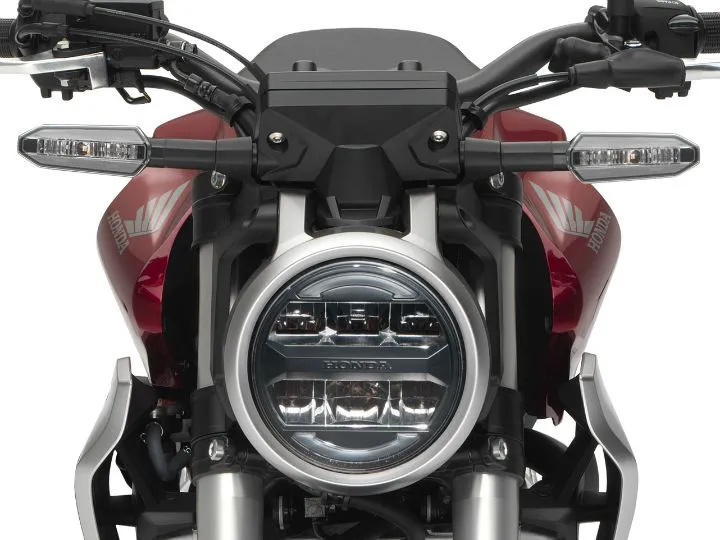 Honda seems to have taken an all-new direction with its Neo Sports Cafe design theme, which will also feature in all its future naked bikes. This neo-retro design language first featured on the Honda CB1000R, which was then carried forward to the CB650R and the bike you see here. We love the minimalist yet muscular lines on the CR300R. You get modern features like a LED headlamp and an all-digital instrument console.

Like the CB300R, the KTM 390 Duke looks like a scaled down version of the 1290 Super Duke. It is the most aggressive looking bike here with sharp, scalpel-like lines, and is also the most feature-rich bike here. The list includes an all-LED headlamp, a full-colour TFT instrument console with Bluetooth connectivity, and knuckle guards. 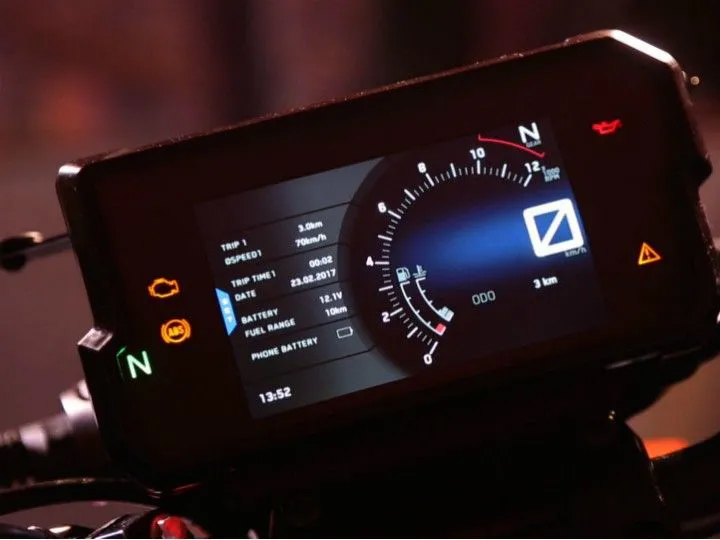 The TVS Apache RR 310 is the only faired bike here and is quite a looker in its own right. It looks large for a 300cc, single-cylinder motorcycle and almost looks like a bigger 600cc supersport like the Triumph Daytona. Also impressive are its features that include twin bi-LED projector headlamps, which are among the brightest in its class, and an all-digital instrument console that offers the most comprehensive information among the bikes featured here. 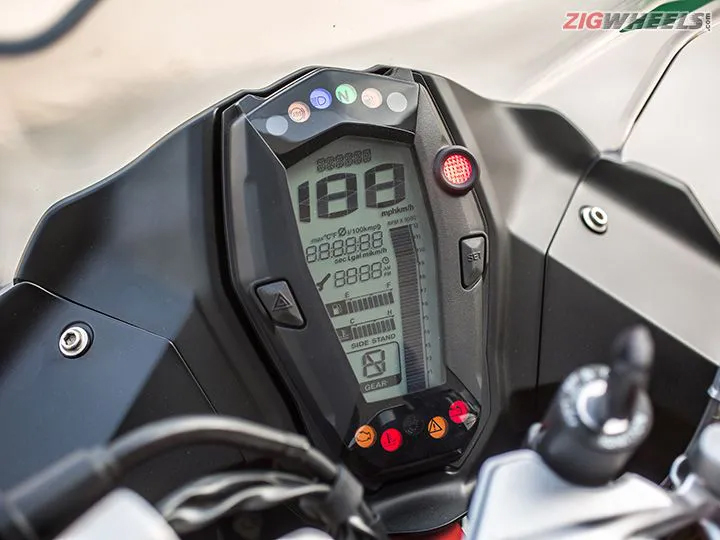 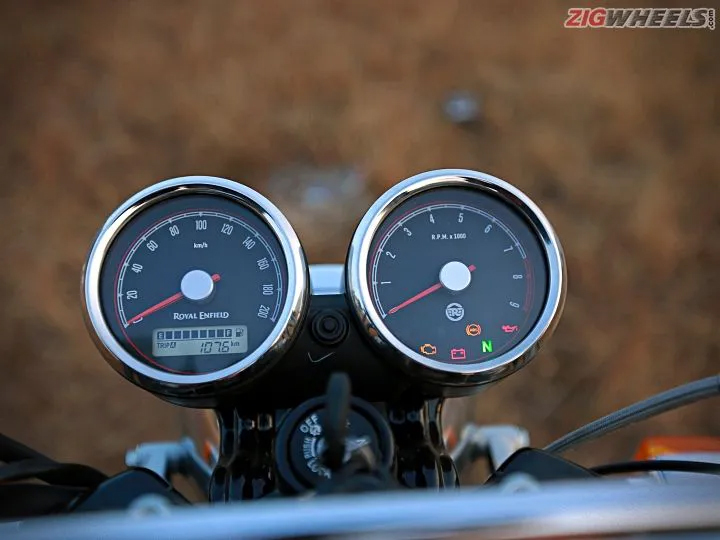 In terms of looks, the 390 Duke and CB300R come quite close. However, the Honda edges forward thanks to its premium fit and finish. The KTM, however, wins when it comes to features.

The CB300R is powered by a 286cc, liquid-cooled, single-cylinder motor that has been detuned for India. It makes 1PS less than the global model. While the Honda misses out on a slipper clutch, it gets a hydraulic-actuated unit for lighter clutch lever operation. The power and torque output might be modest, but owing to its light kerb weight, it offers the highest torque-to-weight ratio among its 300cc peers. And that includes bikes with parallel-twin engines like the Kawasaki Ninja 300 and the Yamaha R3.

The KTM 390 Duke has the sportiest motor here. Its 373cc, liquid-cooled, single-cylinder motor gets ride-by-wire and delivers the second-highest power and torque output here. You get a 6-speed gearbox with a slipper clutch as well. 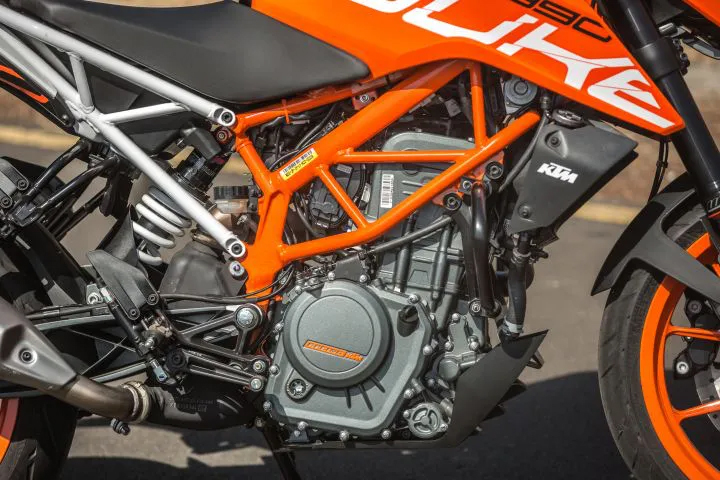 When it comes to 300cc singles, the TVS Apache RR 310 is the only other bike here. It gets a reverse inclined motor in the sense that the exhaust port sits at the back of the cylinder bank instead of the front. This allows for better engine packaging and cooling efficiency. It also makes 3PS more power than the Honda. Like the Honda though, it misses out on a slipper clutch.

You could say, the Interceptor is the dark horse here. It’s 645cc, parallel-twin motor features a simple air- and oil-cooled construction. But owing to its displacement, it makes the highest power and torque here. In fact, the torque output is almost double that of the 300cc bikes featured here. Although it has a laid-back attitude, the 270-degree crank makes it sound like a proper British twin while delivering good low-to mid-range performance.

If you are looking for sporty performance, the KTM is your best bet. For a relaxed ride experience, head straight to your nearest Royal Enfield showroom. 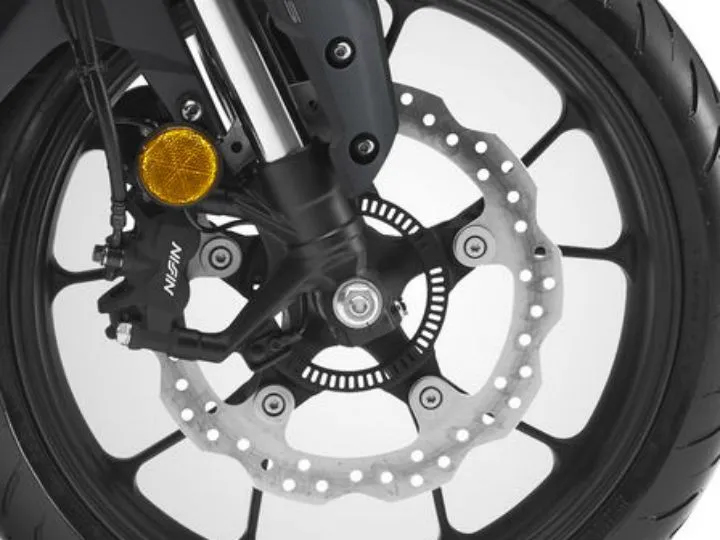 Honda’s claim to fame is its IMU-based cornering ABS unit that reduces the risk of the front wheel losing grip when you are leaned into a corner and brake hard. While the KTM 390 Duke misses out on that feature, it gets three ABS modes which include a Supermoto mode that deactivates ABS on the rear wheel to allow you to back the said wheel into a corner. It goes without saying that you need quite a lot of skill and experience to do that. The KTM impresses in terms of suspension kit with its 43mm WP open cartridge upside down forks and WP rear monoshock. It even gets Bybre brakes and premium Metzeler Sportec M5 radials. 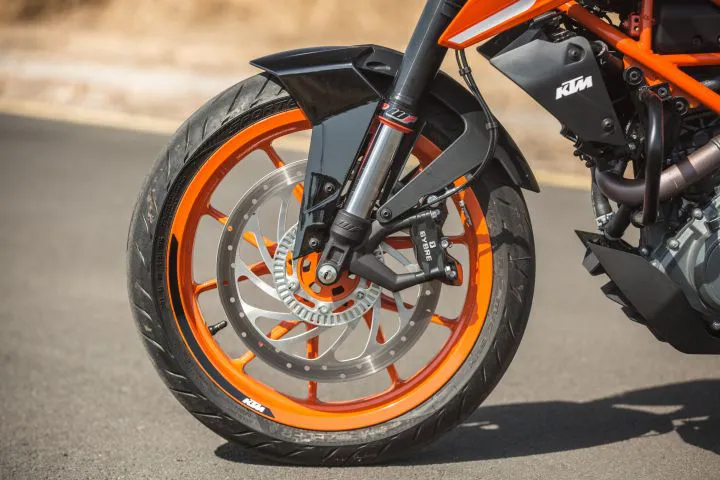 In comparison, the Apache RR 310 offers a good balance between ride and handling. However, the brakes could do with more initial feedback. Of the bikes in this list, the Interceptor 650 is the only one here that gets conventional front forks and a conventionally-mounted front brake calliper. In spite of this, the brakes and the handling feel stable while the ride quality is the most compliant of the lot. It is also the only one here to get 18-inch spoke wheels and tube-type tyres.

In terms of handling, the KTM Duke is our current favourite. We will have to ride the Honda CB300R to give a definitive verdict. So stay tuned for that. 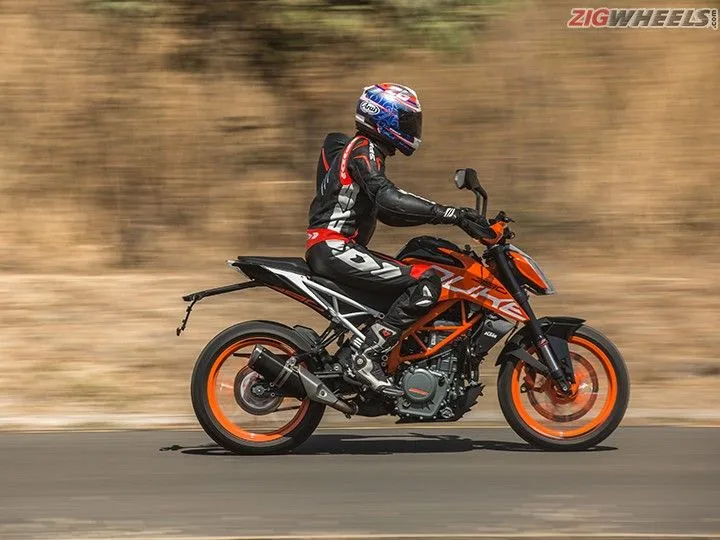 The Honda CB300R’s kerb weight of 147kg makes it the lightest motorcycle here. Couple that with its upright riding position, this Honda should be more than comfortable enough to ride around town on a daily basis. The small fuel tank, however, limits its range.

Although the KTM 390 Duke has the tallest seat here, it is a comfortable unit. Owing to its additional fairing, the Apache RR 310 is one of the heaviest bikes here. It, however, is easy to ride and even with its clip-on handlebars, the riding position is comfortable enough for touring. The seat height is accessible to shorter riders as well owing to its narrow profile. However, it is uncomfortable for long rides. The Interceptor 650 might be the heaviest here, but it feels manageable and doesn't feel intimidating one bit.

While the KTM offers the sportiest ride experience, the Apache RR 310 is more suited for touring. 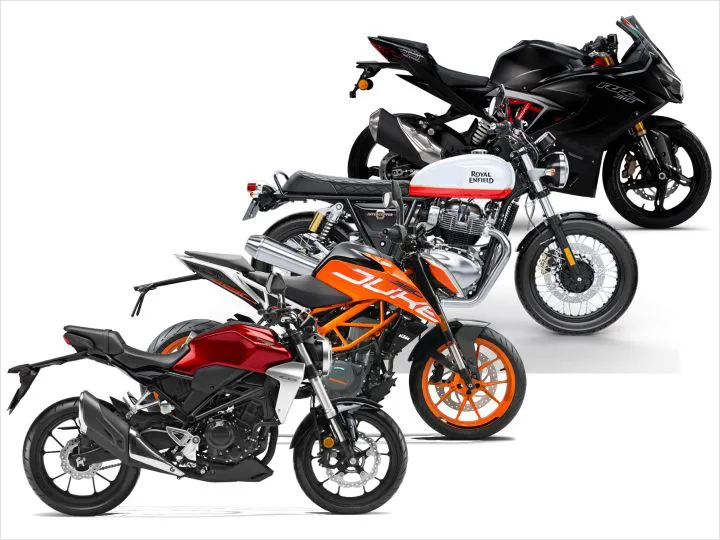 The TVS Apache RR 310 is the most affordable bike here. It offers good value in terms of features and kit, but could do with a more refined motor. For Rs 18,000 more, the Honda does look better in its own way and also has a relaxed riding position. It should also handle better owing to its light weight and better mass centralisation. The fact that it is sold via the CKD route means that the quality and fit-and-finish should be quite good. So far, the KTM 390 Duke was the best value for money sports bike you could buy, given the performance, handling and features it offers. But Royal Enfield brings a new dimension to the VFM quotient by offering a larger 650cc, parallel-twin motorcycle for the price of a 300cc, single-cylinder motorcycle. So the choice is really between these two as both offer different yet engaging experience.