The Skoda Scala is a plus-sized hatchback. It is Skoda’s equivalent of the Volkswagen Golf, Ford Focus and Seat Ibiza. For the European market, it is a compact car but in terms of size and price, it’s something that would rival mid-sized sedans like the Honda City, Volkswagen Vento, Maruti Ciaz, Hyundai Verna and indeed, Skoda’s own Rapid, in India.

Revealed in December 2018, the Scala is the replacement for the Rapid Spaceback (European model) and combines practicality for the whole family with new-age technology. As it stands, the car is only being considered for India but if launched here, prices would start at no less than Rs 12 lakh. Skoda India isn’t looking at the Scala as a car that’d be a mass seller but would cater to a select few buyers with the taste for something like this. To that end, Skoda will choose not to wholly-manufacturer the Scala in India but assemble it using the CKD route. Here’s what the Skoda Scala has to offer. 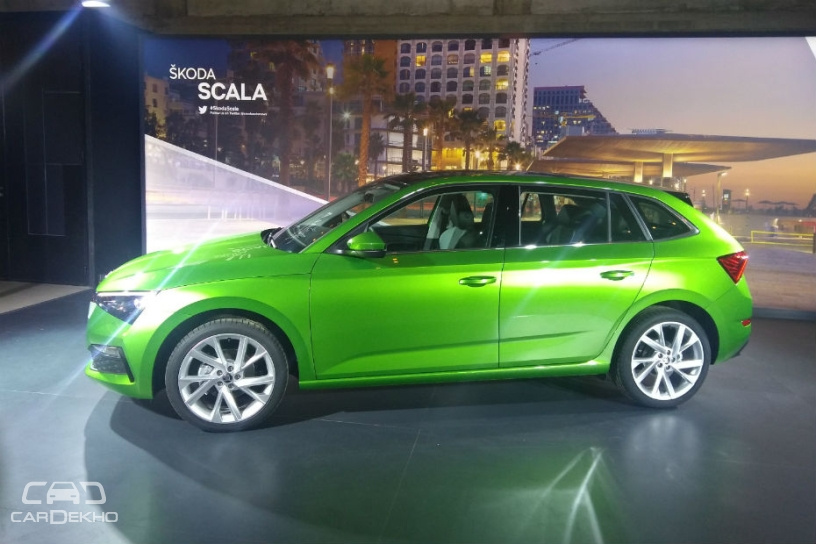 Yes, the Skoda Scala is a compact car but not a sub-4 metre hatchback. Measuring 4362mm in length, it’s nearly as long as mid-sized sedans or compact SUVs like the Hyundai Creta. Even the wheelbase is quite large at 2649mm, giving it a particularly impressive stance when viewed from the side. From this angle, you also spot a touch of the estate car look because of how the body panels extend beyond the rear door. The roofline and roof too are style statements. The roof itself is a complete glass panel that extends halfway into the rear hatch, while the sloping roofline gives it the appeal of a sporty coupe. 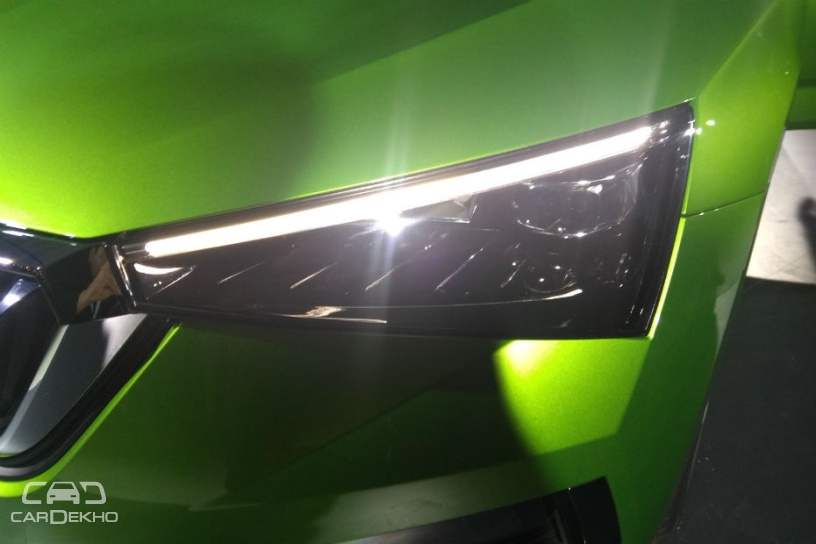 Notably, this design was previewed by the Skoda Vision RS concept that was presented at the Paris Motor Show. Throw in some 18-inch alloy wheels, the sharp edges along the shoulder, the crystalline effect of the exterior lights (both LEDs) and it’s a car that perfectly embodies the appeal of its larger siblings in a smaller footprint. 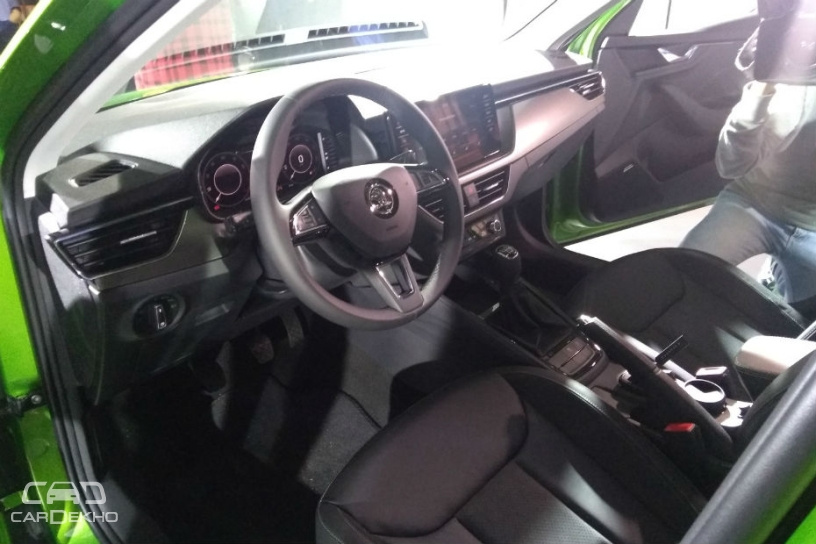 Once you enter the cabin, the first thing that hits you is how the Scala feels almost exactly the same as the bigger and more expensive Octavia. Touch the seat upholstery, the plastics, grip the steering and it all feels very solid and premium. The cabin can either be had in a beige-black dual-tone or all black finish, and both options look equally upmarket. 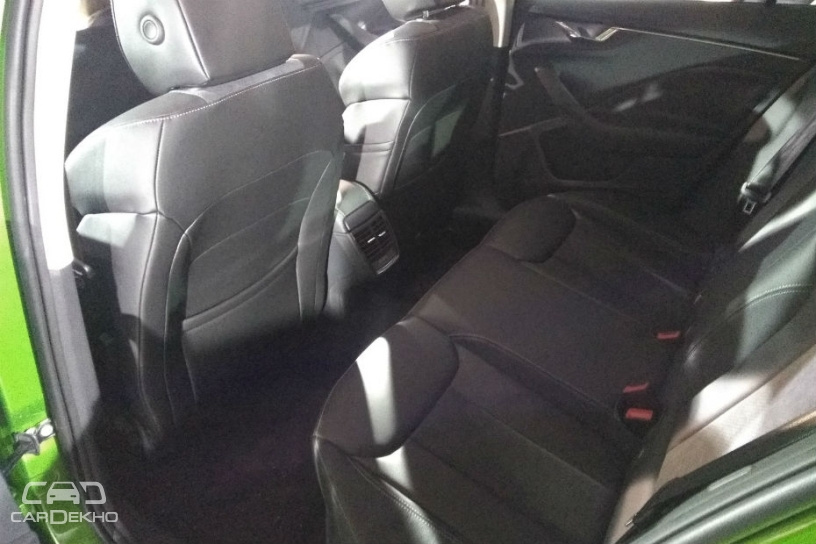 There’s adequate cabin space for four adults to sit one behind the other. While there is an adjustable headrest for the middle occupant, it’s a spot best suited for very slender adults or kids when the Scala is fully-loaded. Speaking of which, open the powered, yes, powered rear hatch and there’s 467 litres of boot space. Big enough to fit two medium-sized suitcases and if you want more, the rear seat is split 60:40 and drops down flat to liberate 1410 litres of cargo space! 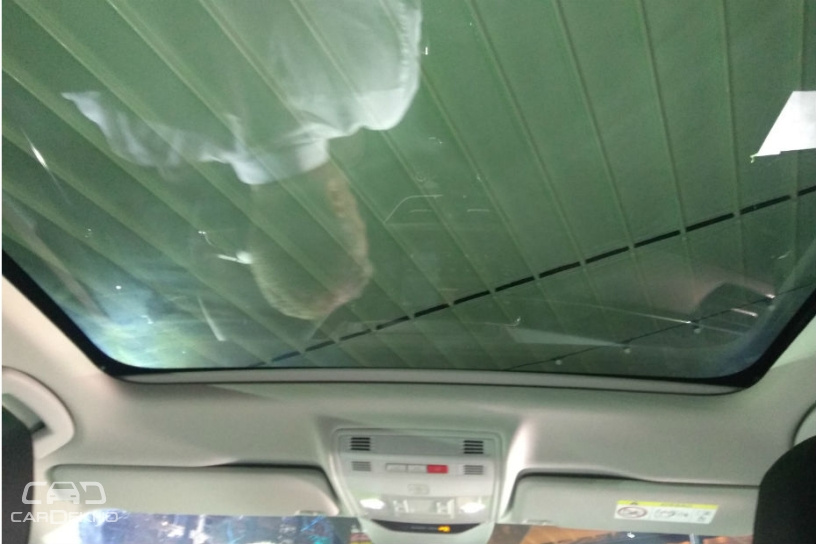 There’s also a great sense of space in the cabin because of the generous glass area. You can have either a panoramic glass roof or an openable sunroof too. But practicality and appeal to the senses aside, the Scala gets a strong tech pack too. 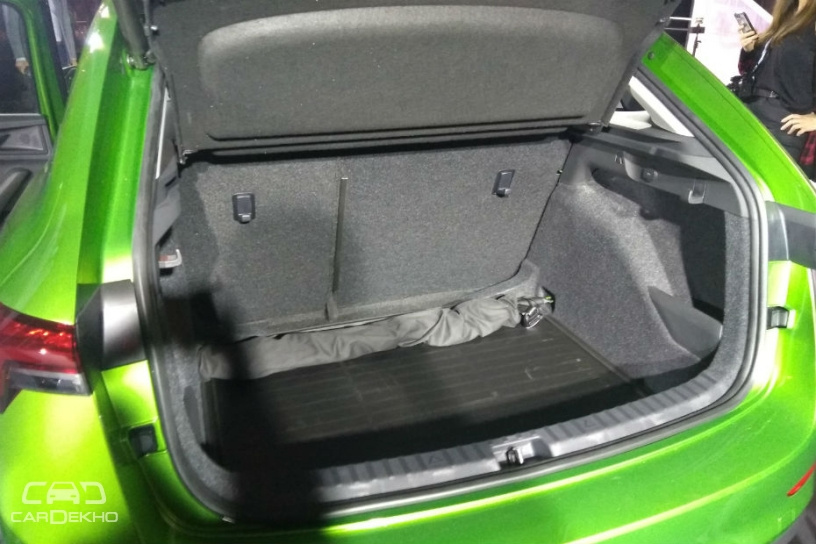 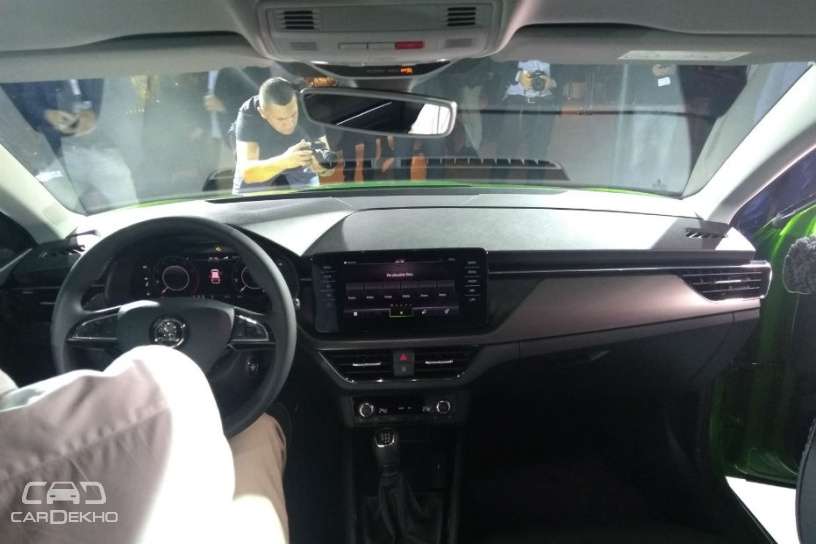 Taking centre stage in the dashboard is a 9.2-inch touchscreen infotainment system that’s the biggest in any Skoda car. Unlike what we’ve seen in Skodas before, the Scala has a free-standing touchscreen, much like what we’re seeing in modern day BMW and Mercedes-Benz vehicles. This display supports MirrorLink, Android Auto & Apple CarPlay among a range of other functions and is as fluid to use as the screens we’ve seen in models like the Kodiaq and Octavia in India.

And much like them, it also gets a virtual cockpit (optional) in place of a traditional instrument cluster. Aside from car information, this screen can even display the navigation feed, so it falls into the driver’s line of vision with more ease. This display also shows the status of the adaptive cruise control, which functions at speeds of upto 210kmph. Other features include dual-zone climate control with rear AC vents, heated seats and push button start. 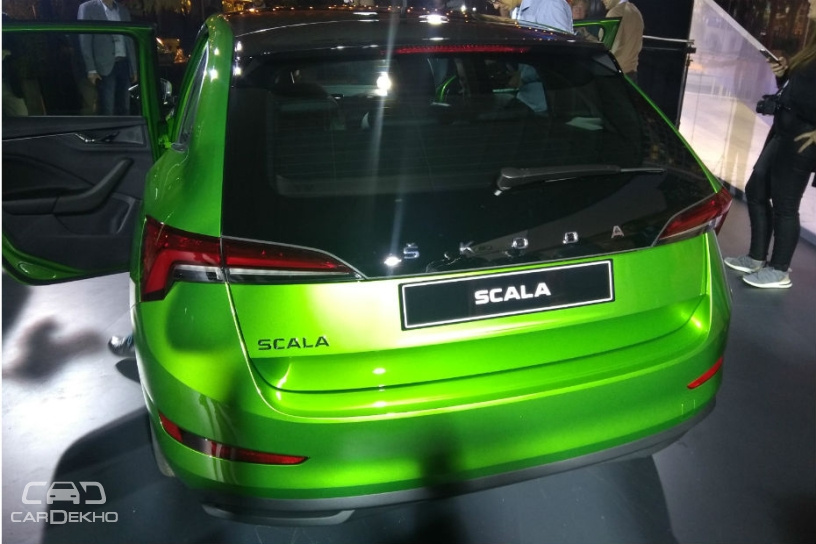 Given that this will be a niche product if launched in India, Skoda could opt to bring the range-topping 1.5-litre TSI petrol engine. With an output of 150PS/250Nm, this motor gets a 6-speed manual transmission as standard but also has an optional 7-speed DSG automatic. Other engine options include a 1.0-litre petrol that’s available in two tunes 95PS/175Nm or 115PS/200Nm, a 1.6-litre diesel engine (115PS/250Nm) and a 1.0 litre CNG (90PS/145Nm). 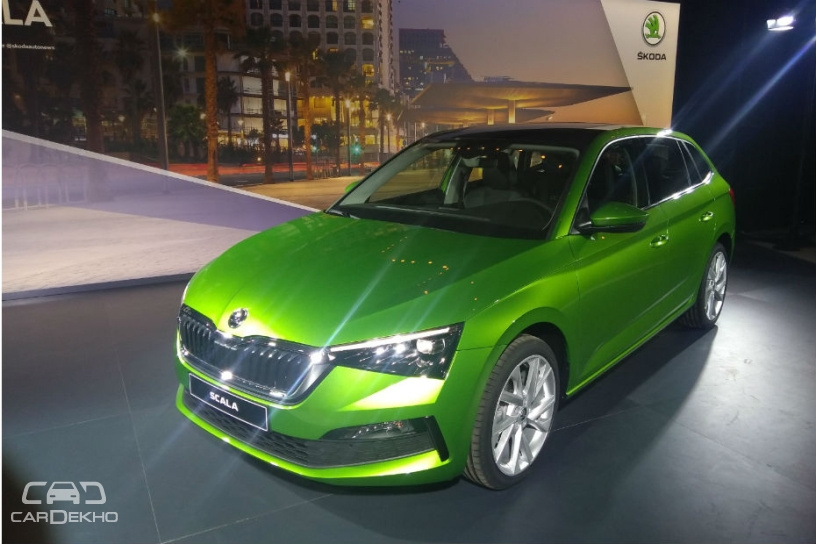 The Skoda Scala’s safety package is very extensive. ABS with EBD and ISOFIX aside, it includes up to 9 airbags, lane assist, front assist (auto braking), side assist (similar to blind spot detection but said to have a longer field of view), rear traffic assist and hands-free park.