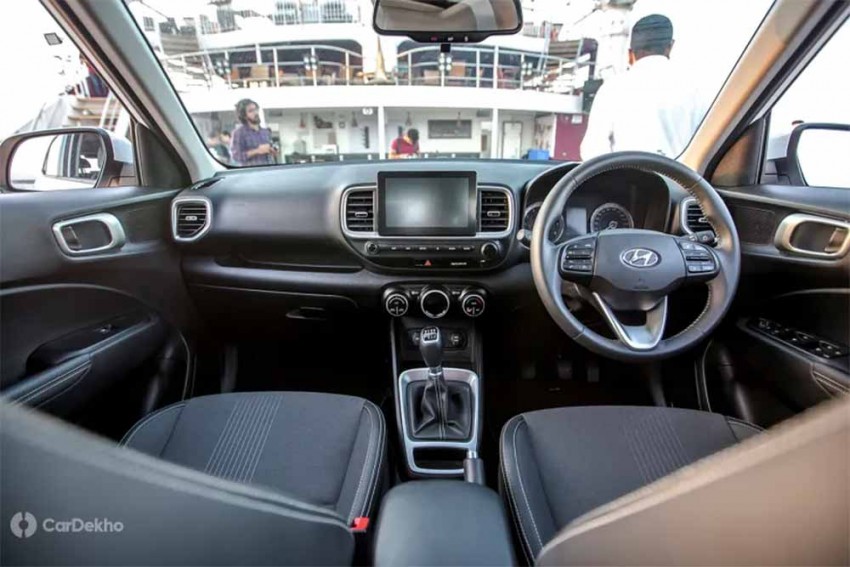 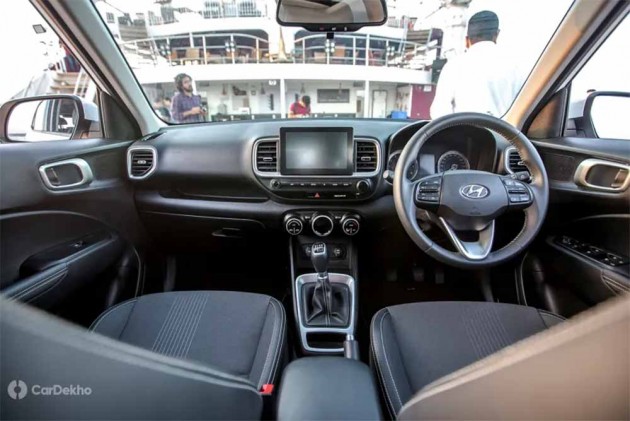 In what may be seen as a late move, Hyundai has recently unveiled the new Venue as their competitor in the sub-compact SUV segment. Being the newest member in the populated segment, the Venue brings several segment-first features to woo customers and challenge already well established rivals like the Maruti Vitara Brezza. We take a closer look at what’s inside the new Hyundai Venue in a set of detailed pictures:

The first thing to notice is the large floating touchscreen. It appears to be less cluttered in design than most current Hyundai models and its peers like Mahindra XUV300, with its button-heavy layout. 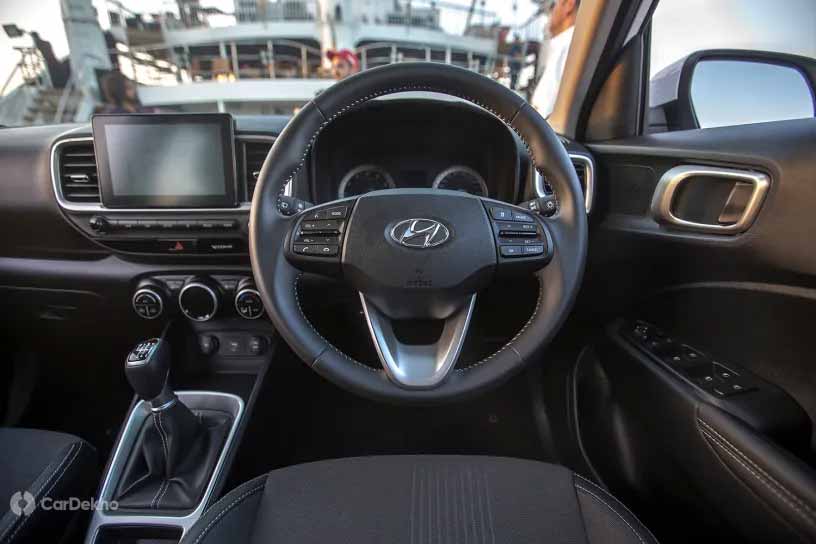 In the driver’s seat, one can spot the new steering wheel with the updated steering-mounted controls. It uses a combination of toggle switches to operate various functions. 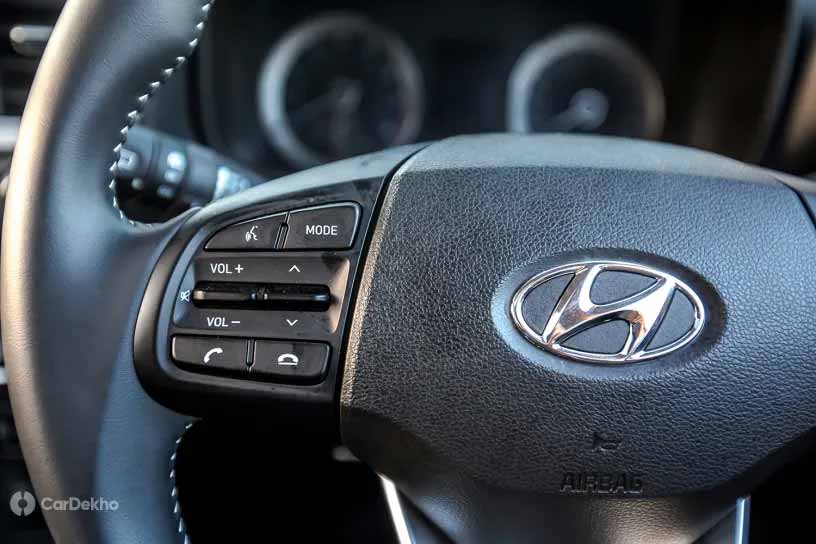 The left side of the steering-mounted controls are for the infotainment system, telephony and volume controls. 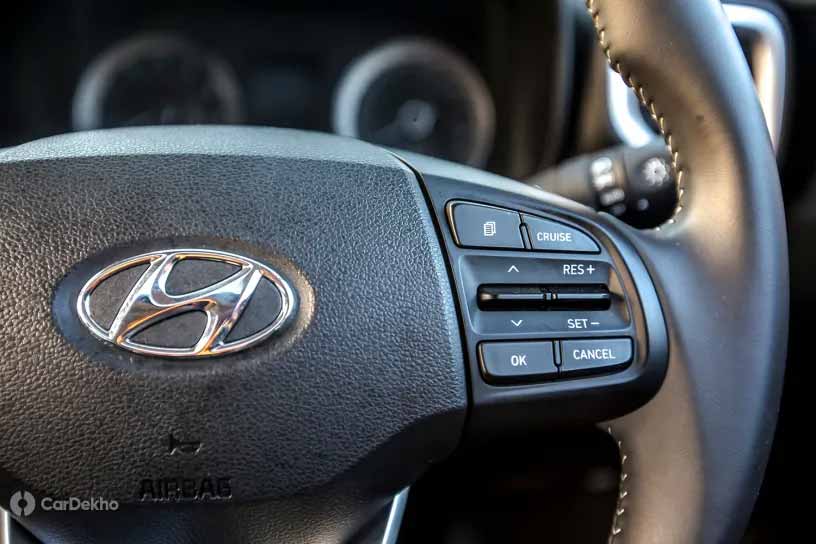 The right side of the steering-mounted controls are for the multi-information display in the instrument cluster and cruise control. 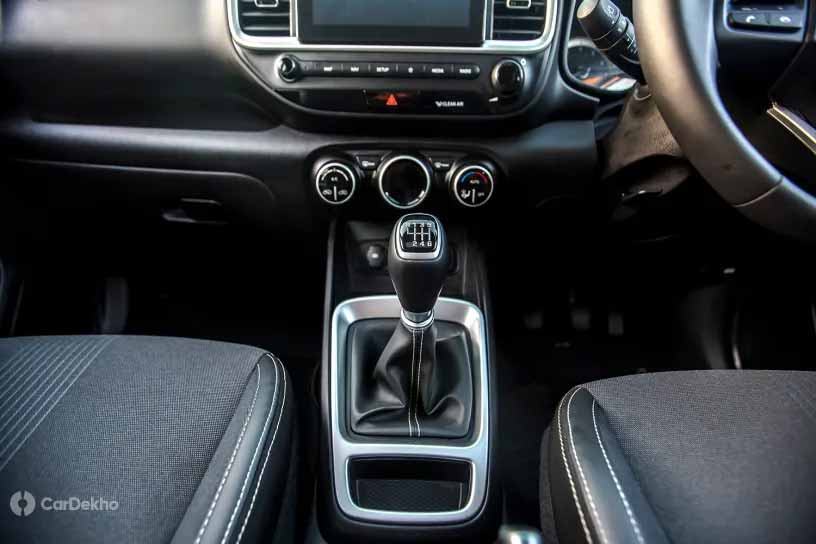 The variant showcased for the unveil was the one with the turbo-petrol engine, seen here with the 6-speed manual gearbox. The all-black layout and silver accents add a sense of sportiness and ups the premium feel of the Venue. 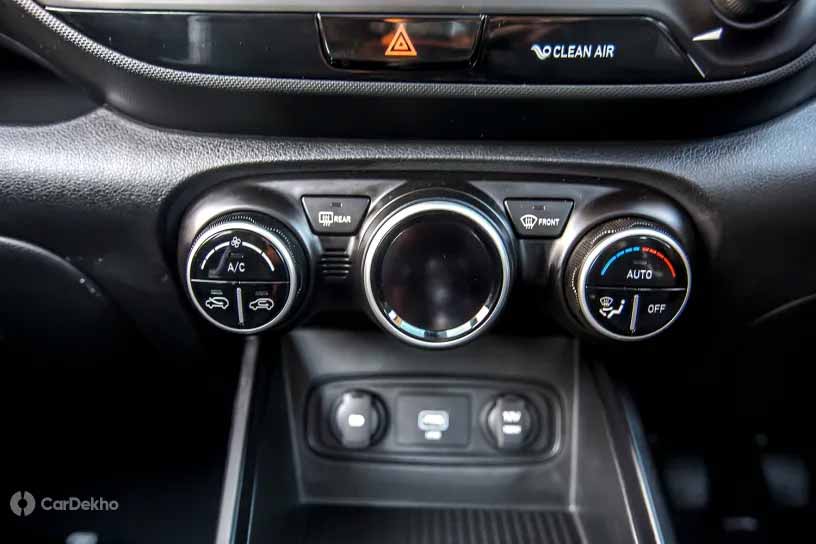 The infotainment system and climate controls are in separate parts of the central console layout. A twin dial setup is used for the climate control and a large circular display unit in between them. The left dial controls fan speed with buttons to switch between outdoor and indoor air circulation. Meanwhile, temperature is adjusted by the right dial along with auto AC and selecting which vents are active for the front occupants. There are buttons between the dials for toggling on and off the front and rear defoggers. 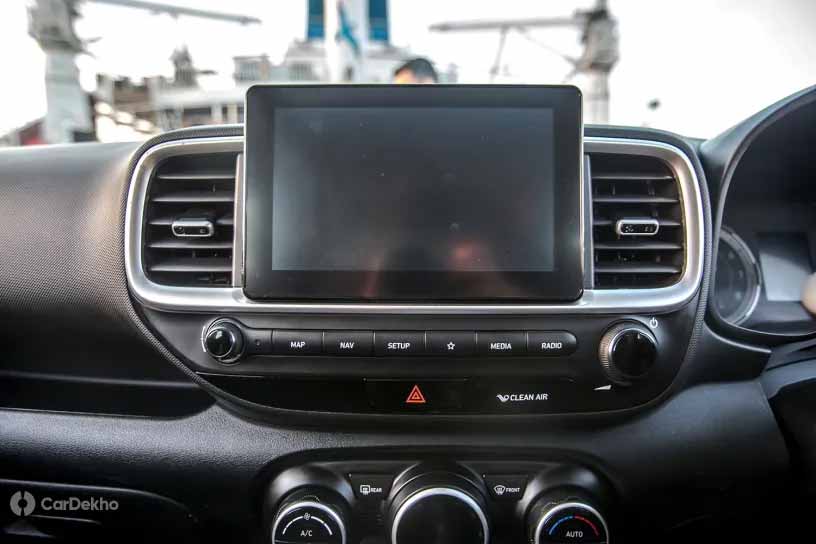 Hyundai has equipped the Venue with an 8-inch touchscreen infotainment system that’s compatible with Android Auto and Apple CarPlay. It is the largest display in its segment, matched only by the Ford EcoSport.

Under the screen are some of the shortcut buttons to certain functions, namely map, satnav, media source, radio, setup and favourites. The left-side smaller dial is for scrolling through the infotainment system while the driver-side dial is for volume control and also act as the power button. 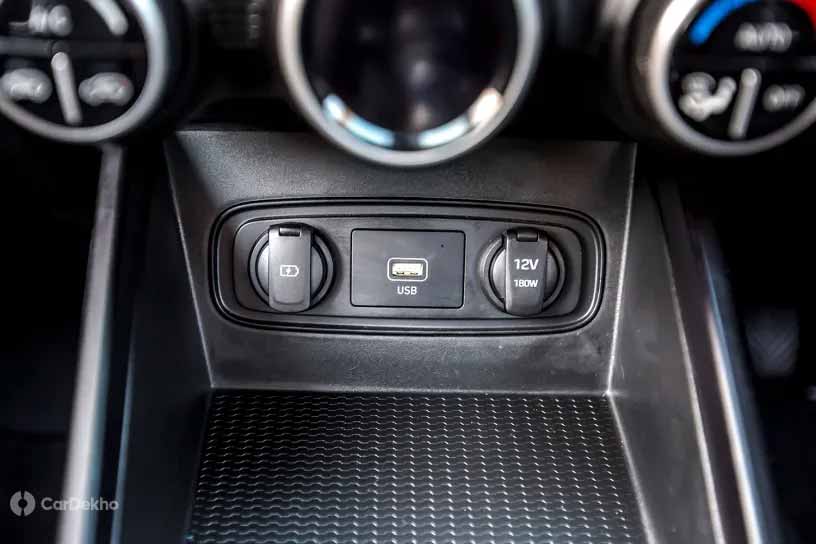 Under the climate control unit and tucked into the central console, the Venue offers a power socket and twin USB charging ports as well as a wireless charging pad. 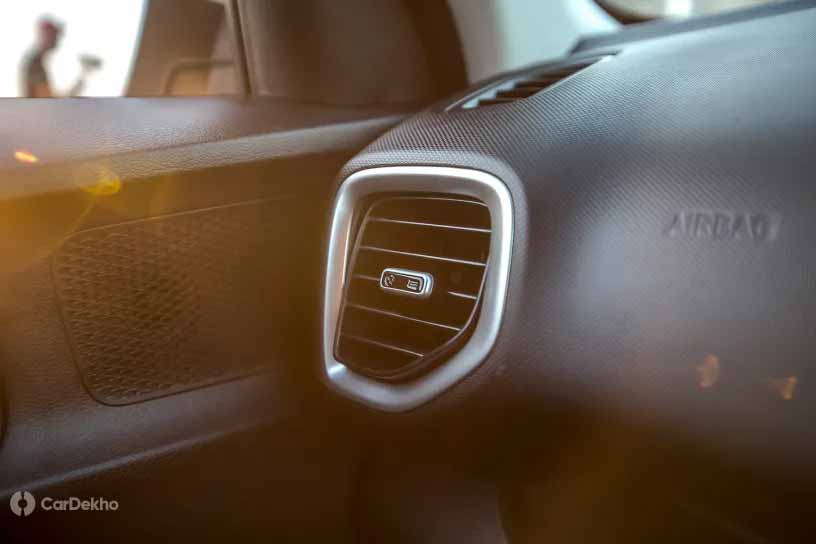 Small details like the silver bezels on the AC vents, grainy finish on the dashboard and engraved fan icons on the toggles to change the direction of the air from the vents are part of what give the Hyundai Venue a premium finish. 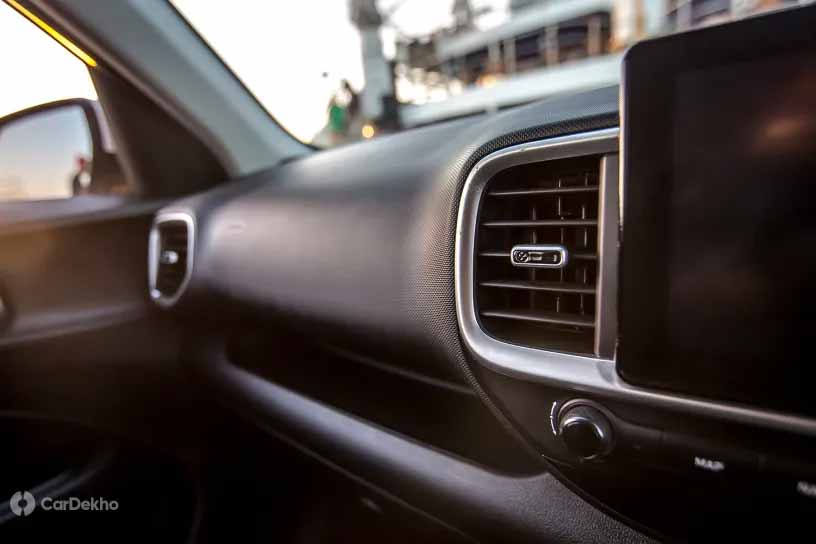 It also gets a small shelf below the main dash and above the glove compartment. 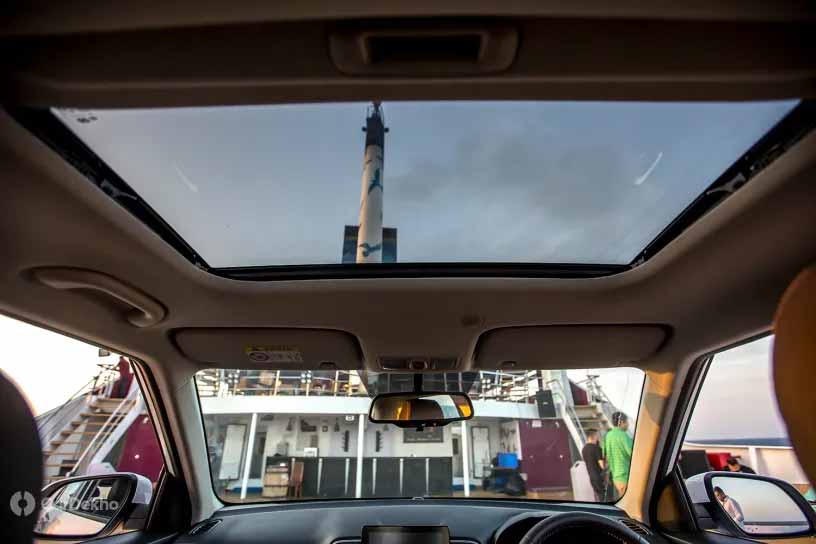 Hyundai has equipped the Venue with a sunroof, which enhances the sense of space and airiness inside the cabin. Other sub-4m SUVs to offer the same include the Ford EcoSport and Mahindra XUV300. The Jazz-based Honda WR-V cross-hatch also offers one. 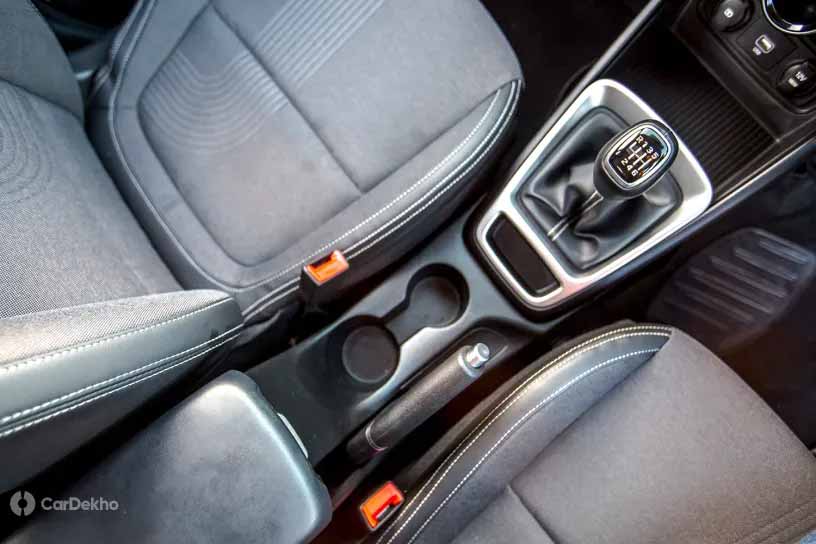 It gets plenty of cubby holes too for keeping various items. There are two cupholders just behind the central console area for the front passengers. 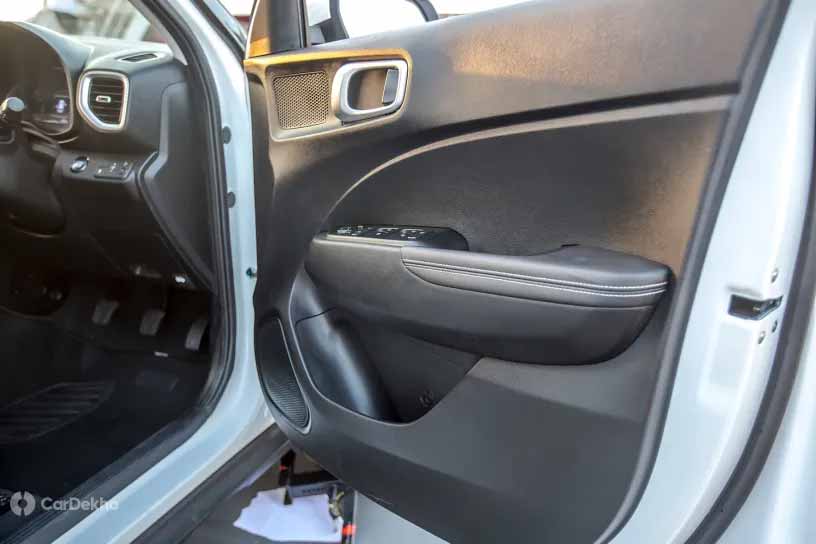 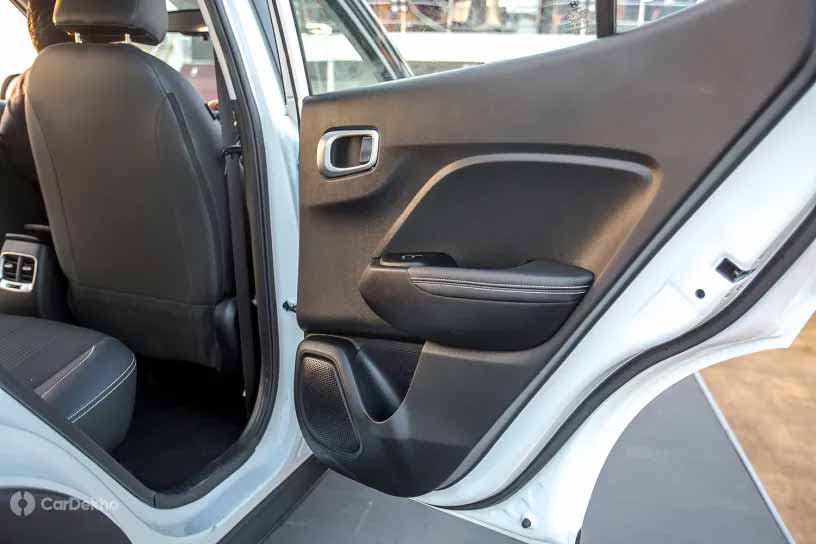 … as do the rear doors, except for the tweeter. 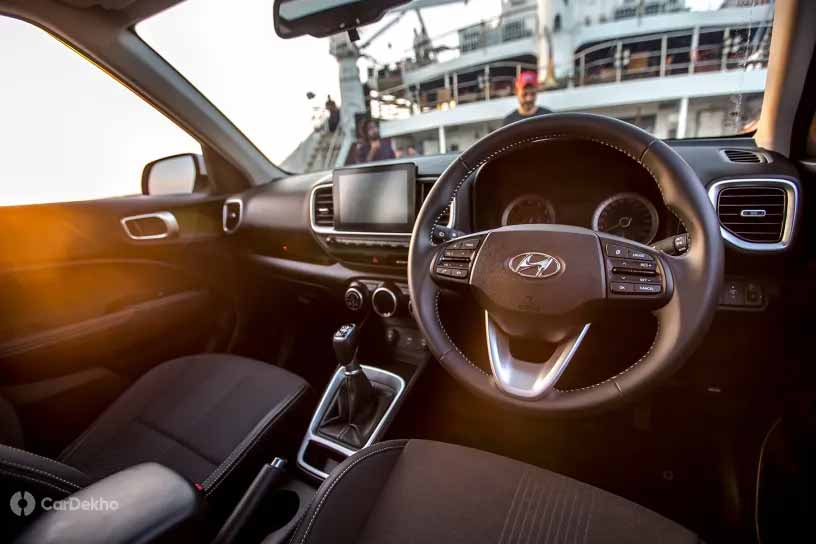 The variant shown at the unveil sported a combo of fabric and leather upholstery, and a front central armrest. 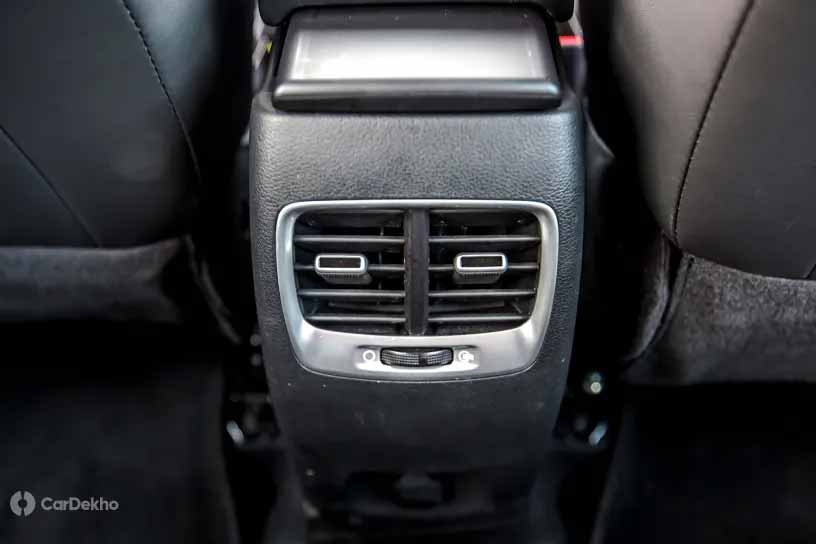 The Venue caters to the needs of rear passengers as well with features like rear AC vents with a power socket too. The Nexon is the only other sub-4m SUV to offer these. 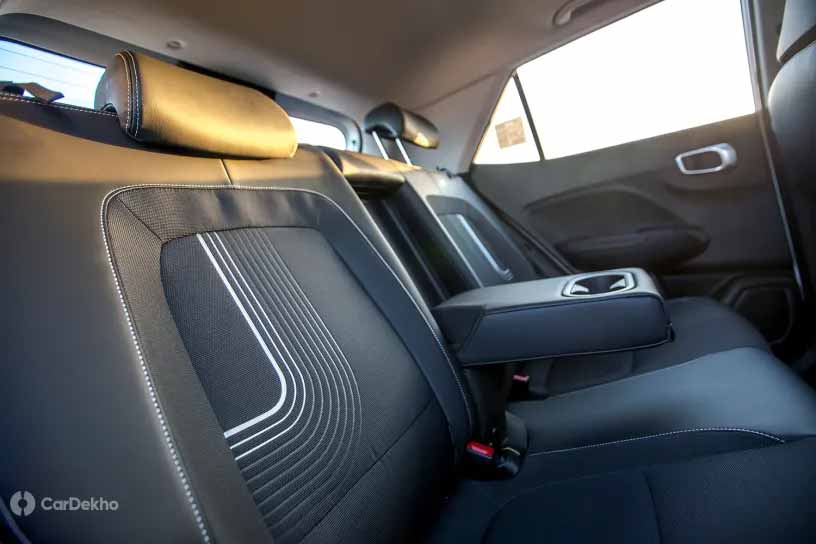 The rear bench of the Venue does get adjustable rear headrests but there isn’t one for the middle seat. It also has a fold-out centre armrest with cupholders.

Skoda Kodiaq To Get A Petrol Engine Soon; Could Be Followed By Go-Fast Kodiaq RS