Ford Endeavour Shows How To Have Fun At Off-Road Drive

The Endeavour is quite capable of handling the worst of Indian road conditions. However, Ford has packed it with plenty more tech for adventurous off-roaders. But how does it all help? We find out.

Large SUVs like the Ford Endeavour are more popular in India for their heft than their capability off the road. So when Ford asked us to take its flagship SUV through a man-made off-road trail to get to know its potential on surfaces that you might never encounter in this SUV ever, we could just not say no.

The warm winter Saturday afternoon presented us with a fleet of Endeavours and instructors to take us on an off-road track laid out in a private compound. The layout included a variety of terrains and steep articulations that would put the SUV’s various safety and off-road technology systems to the test. The Endeavour we drove was the top-spec 3.2-litre variant, which puts out 200PS of maximum power and 470Nm of peak torque, paired to a 6-speed AT and a 4x4 drivetrain with a low-range option as well. It also has various terrain modes to choose between - Road, Sand, Snow and Rock, which can be selected using a dial on the central console. Here’s how the big Ford fared on every challenge that was thrown at it. 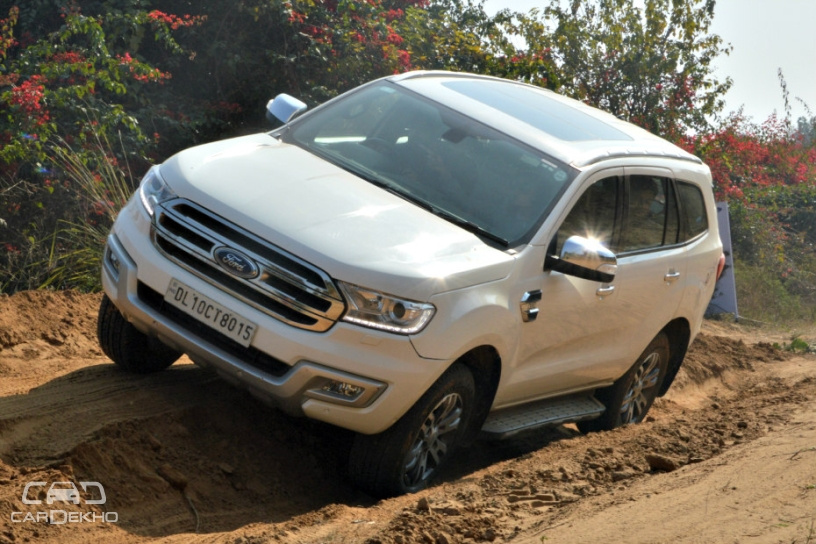 For all of the course, we had traction control switched off completely but stability programs were still on. The first test was tilt control with a bank of sand on the right side of the track with the terrain control in sand mode. This was one of the mildest tests on the short course, at an angle that might make one think they could perhaps touch the ground by sticking their hand out the window. But this is a car that stands 1837mm tall with a high seating position, so that would be unlikely. 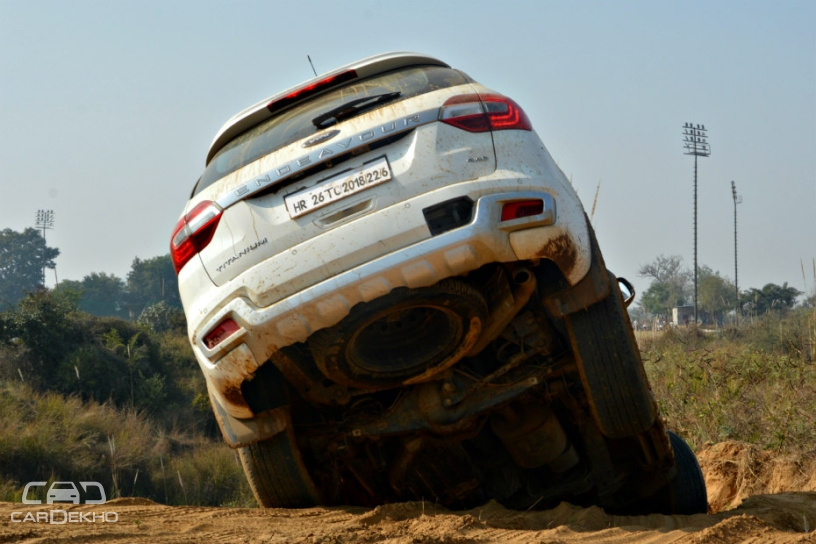 The next test was a steep decline while making a sharp left turn which lifted the rear-right tyre in the air while using manual braking to control the descent on a sandy surface. The way out was a steep incline for which we engaged the rear-differential lock using a button on the central console. It stopped the rear wheels from spinning too much and allowed us to put down the power on the low-traction terrain with more confidence. 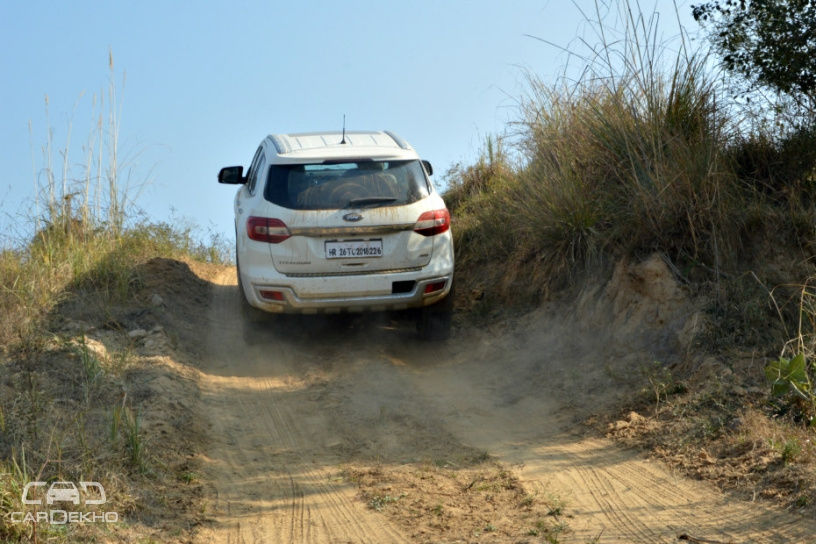 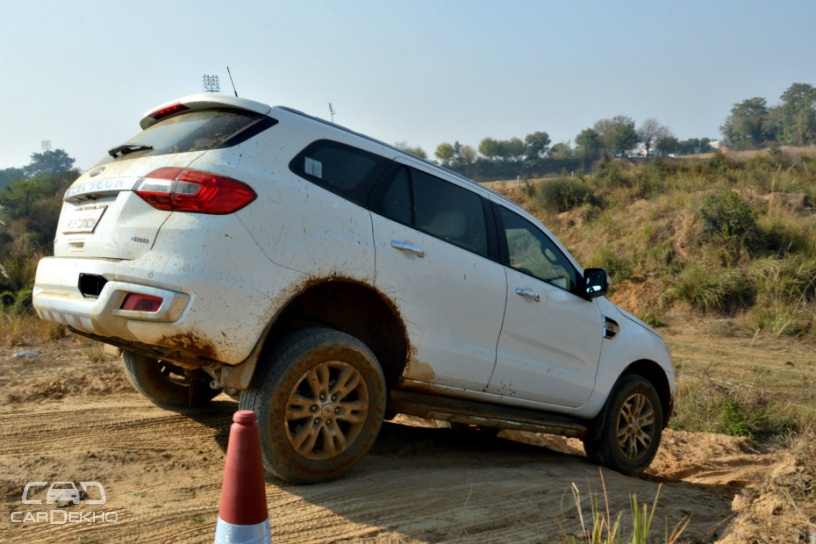 The next downhill obstacle was designed to showcase the Endeavour’s hill descent control system. With the car lined up, the HDC was engaged using the switch on the central console with the controls for the speed of descent on the steering wheel. Using this functionality, the driver keeps his/her foot off the brake and accelerator pedals and uses the controls on the right side of the steering wheel to actively manage the speed of descent. This feature allows the system to apply individual brakes depending on the level of traction detected. Manual braking, on the other hand, applies the brakes on all four wheels which increases the chances of the wheels slipping over loose sand/gravel. 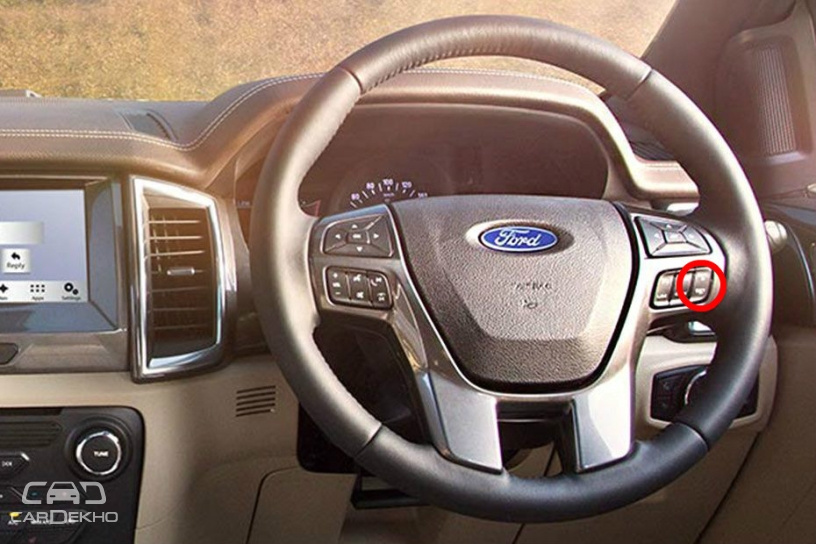 The next steep decent on the turn also had an articulation on one side which shifted the majority of the its weight of over 1.8 tonnes to the front wheels. But with the guidance of the instructors on how to keep the front wheels facing the right way, the Endeavour did the rest to manage itself despite the awkward angles and lack of traction. The next downhill climb was an 80-degree drop and that too was more of a challenge for the driver than the SUV. 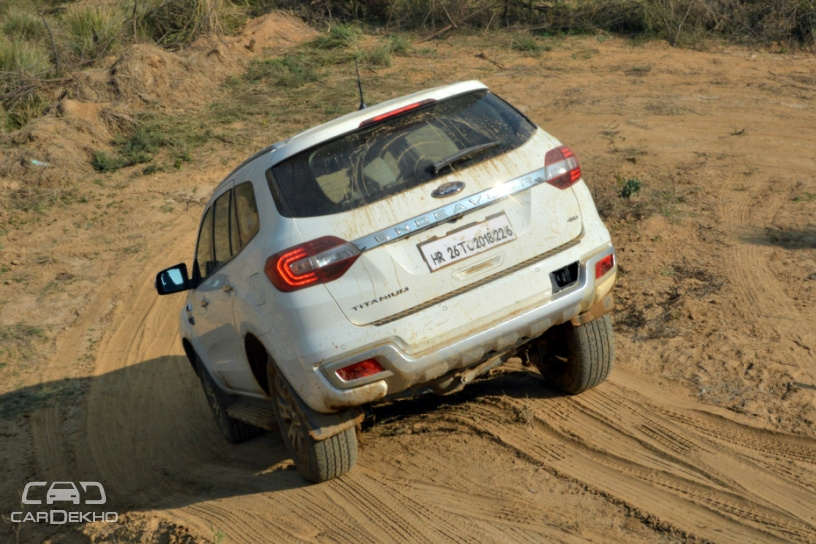 The climb after that required us to use the low range gearbox which was activated via another switch on the central console labelled 4-Low. Once engaged, we also switched from Sand to Rock mode in the terrain system. With these systems engaged, the automatic gearbox holds a lower gear that allows the driver to keep the accelerator pressed while taking the Endeavour up a steep incline on a low-traction surface. On the course, we started our climb from a standstill at the base of the incline and were able to make our way up with ease. 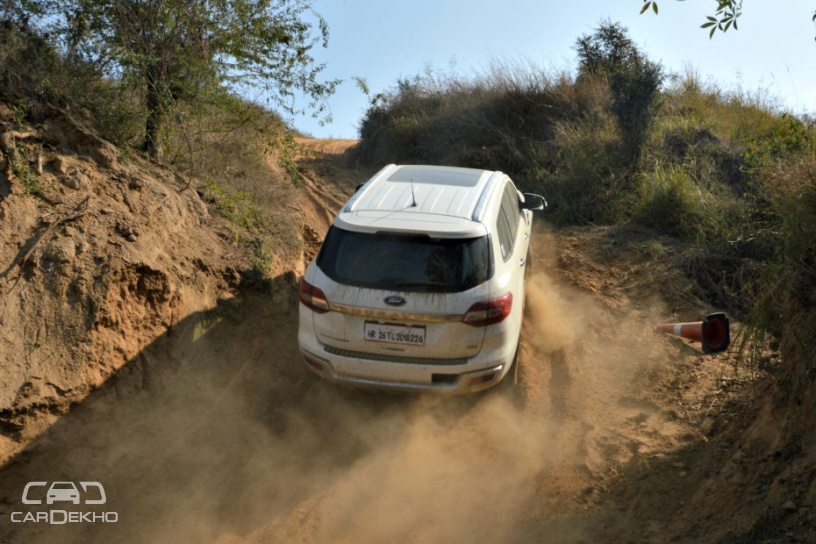 The final off-road obstacle was called the ‘cross-angle-twister’ which featured deep crevices on the track. This had the large SUV articulate its wheels at extreme angles while surface contact was limited to only two wheels at a time. This particular obstacle tests the ability of the frame to handle extreme shifts in weight and bending forces on the chassis without any negative effects to the structural integrity of the vehicle. The Ford Endeavour was able to make its way through the entire obstacle with ease. 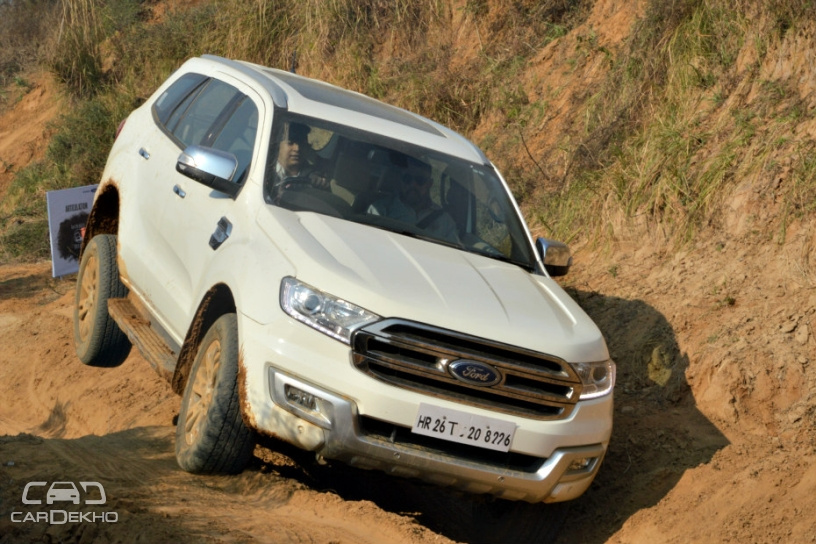 There were no wet or muddy driving conditions on this particular off-road course to test the Endeavour’s wading depth and or its driveability on more slippery surfaces. It is also important to note that we were able to drive through the obstacle course while sitting comfortably with full use of the convenient features as well. This is a large, premium SUV with three-rows of seating, though some of these off-road activities may not be advisable with a full-load of passengers. 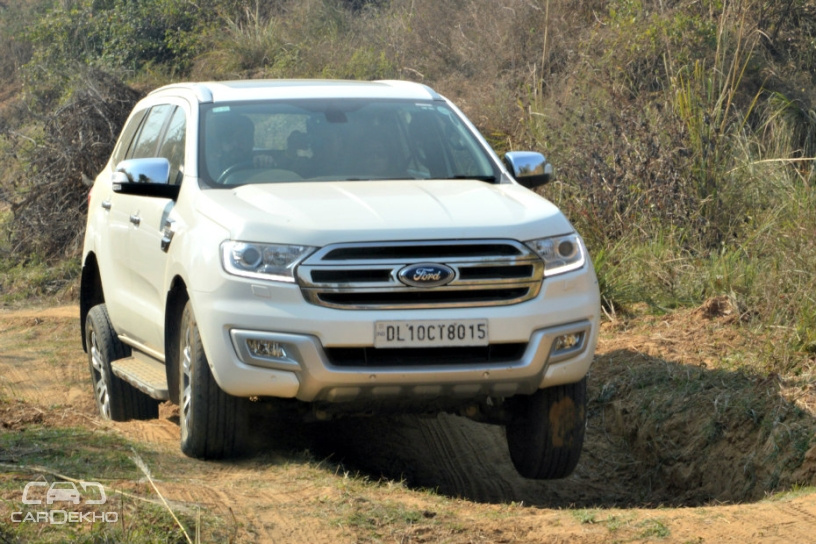 We drove the top-variant for this course while Ford also offers the Endeavour with a 2.2-litre diesel engine (160PS/385Nm) but without four-wheel-drive. The Endeavour is currently priced between Rs 26.83 lakh and Rs 33.31 lakh (ex-showroom, Delhi). However, Ford is currently offering year-end discounts on all its models and there is a facelifted version of the Endeavour scheduled to launch in 2019. The facelift should also include an updated on-board infotainment system which includes the SYNC 3 software. 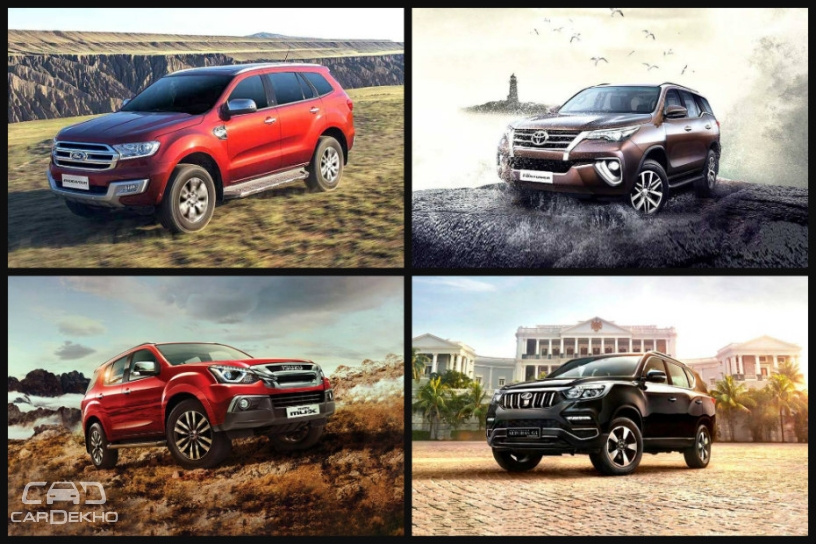 The main rivals to the Ford Endeavour are the Toyota Fortuner, the Isuzu mu-X and the new Mahindra Alturas G4.