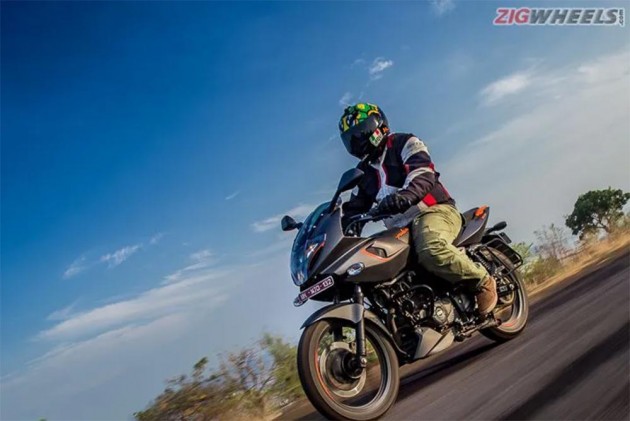 Over the years, Bajaj has expanded the Pulsar family by introducing new models and updating its portfolio. Updates on the Pulsar 220F were restricted to new graphics and colours. Despite this, it has managed to be rather successful in the Indian two-wheeler market. But with newer norms kicking in, the Pulsar 220 lost its value card as its ex-showroom price breached the Rs 1 lakh mark. Bajaj has addressed this by adding a fairing to the Pulsar 180, thus turning it into the new Pulsar 180F. Does the cosmetic makeover give the Pulsar 180 a new lease of life or are you still better off with increasing your budget and going for its larger sibling, the Pulsar 220? 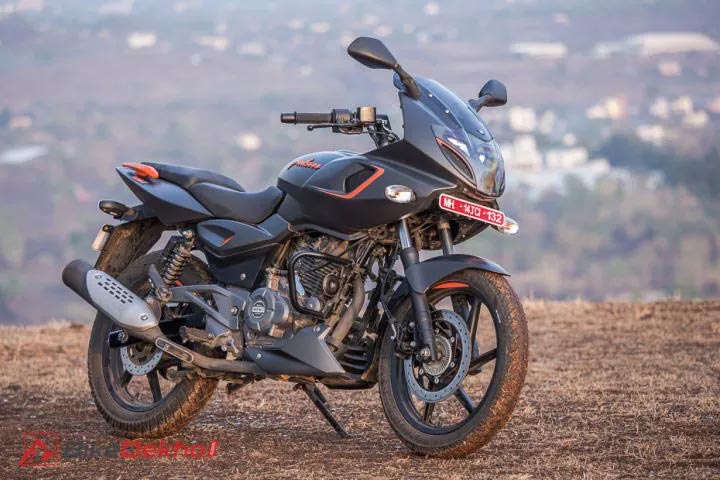 One of the main reasons for the success of the Pulsar 220 is its half-faired styling. Bajaj has added the same panels on the 180F and it looks almost identical to its elder sibling. 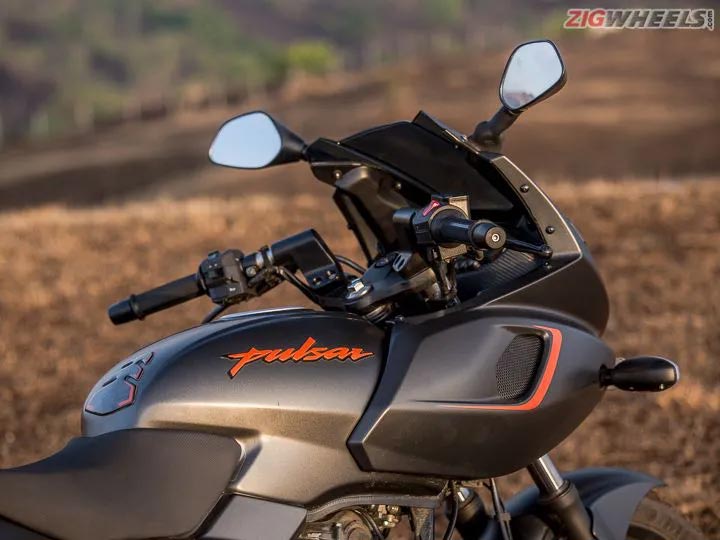 However, for some visual distinction, the new bike gets a matte black shade with orange accents (on the Pulsar badge, grab rail and vents on the centre panel), whereas the Pulsar 220 gets glossy black paint. In my opinion, the matte black finish on the Pulsar 180F makes it look sportier and more attractive than its older sibling. 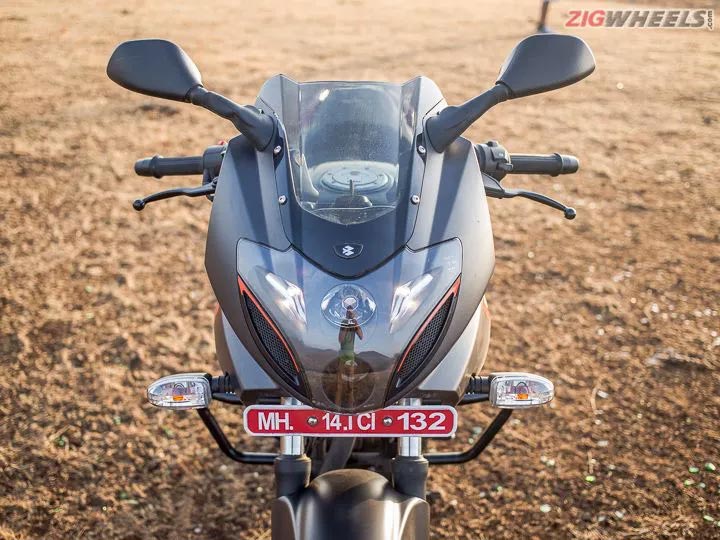 Talking about features, the Pulsar 180F gets a projector headlight and an LED tail lamp. It is one of the best setups we have seen on an entry-level motorcycle and offers fantastic beam spread and intensity. 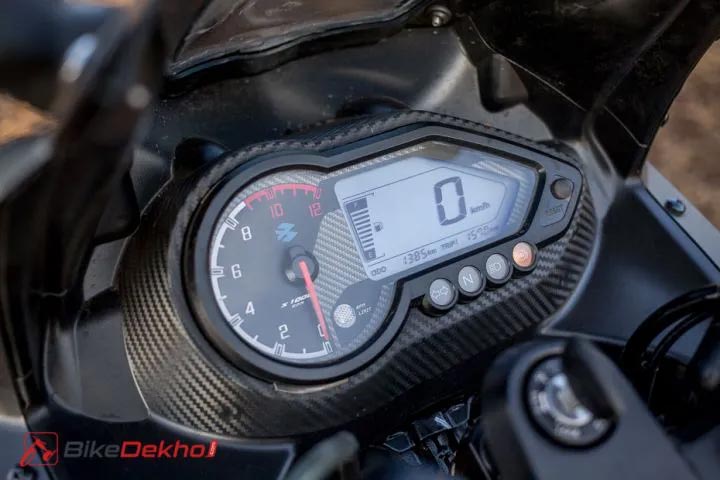 The semi-digital instrument cluster has been carried forward from the Pulsar 180. However, it gets a faux carbon fibre texture around it here. While the instrument console displays useful information like side stand indicator, fuel gauge, speedometer, trip meter and odometer, it does feel dated in the company of modern bikes. 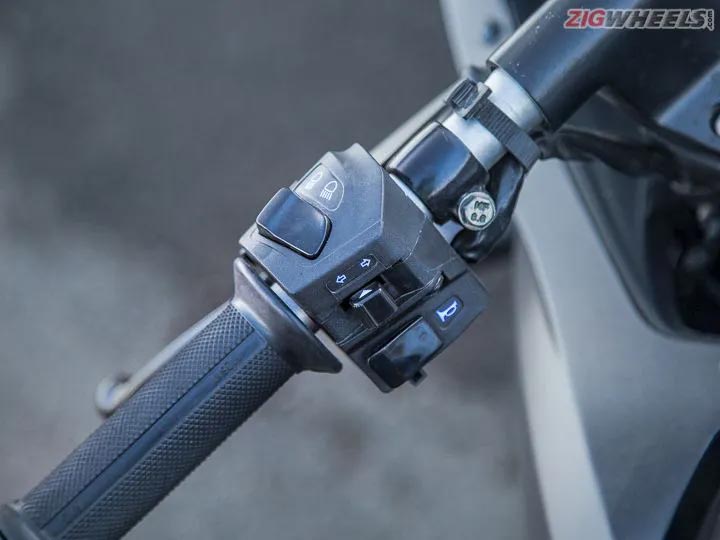 The switchgear is backlit in blue and there’s nothing much to complain about their quality. 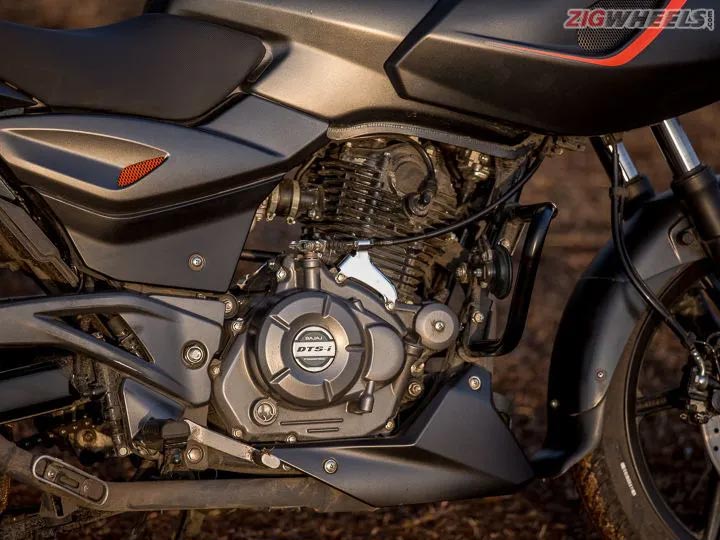 Powering the new bike is the same engine as seen on the Pulsar 180. Even the output remains the same at 17PS and 14.2Nm. Compared to the Pulsar 220F, this new offering is significantly underpowered. 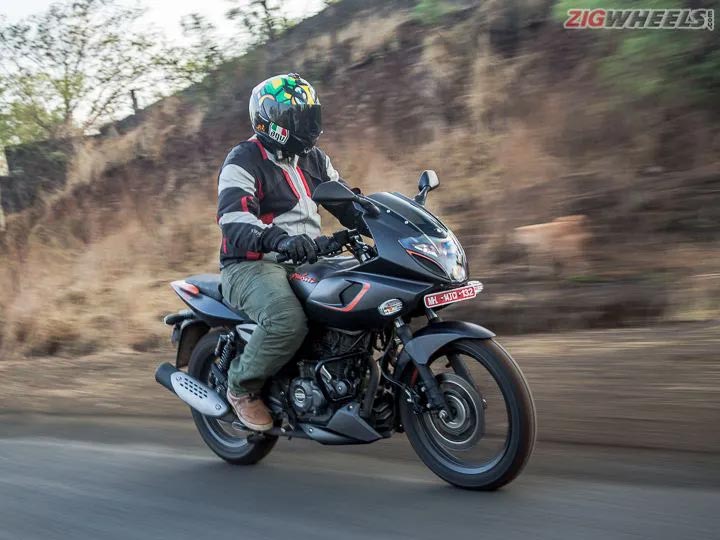 On the move, the engine does show its age. Despite having a displacement of 180cc, the 180F is slower than modern 150-160cc machines! Although the motor feels stress-free at city speeds, vibrations creep in once you cross the 5000rpm mark. 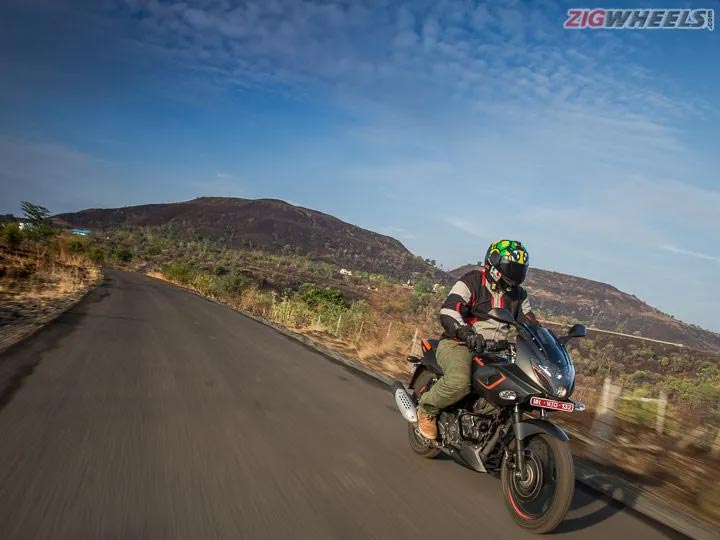 In terms of cruising, the Pulsar 180F feels relaxed at speeds between 80-90kmph. Once you go above it, severe vibrations can be felt on the handlebars, tank and footpegs. Keeping the vibes aside, the Pulsar 180F can reach speeds of up to 120kmph. 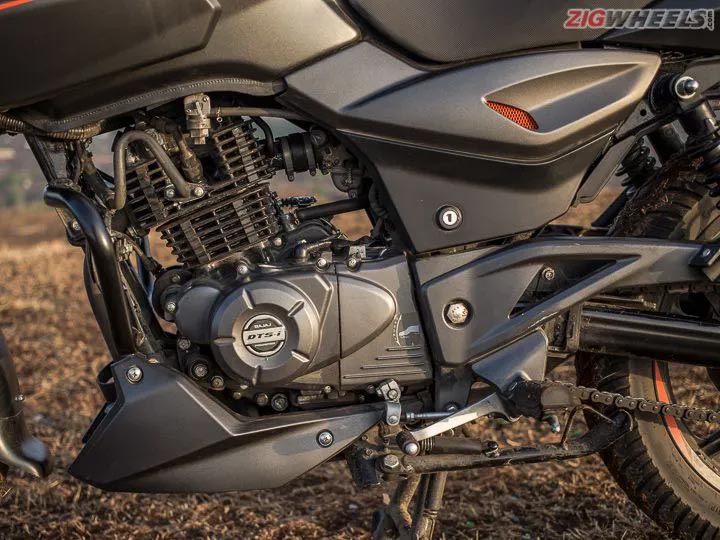 The 5-speed gearbox isn’t the best unit out there as I faced some false neutrals. Also, the clutch action could have been lighter because when we were in crawling traffic, modulating the heavy clutch was tiring. 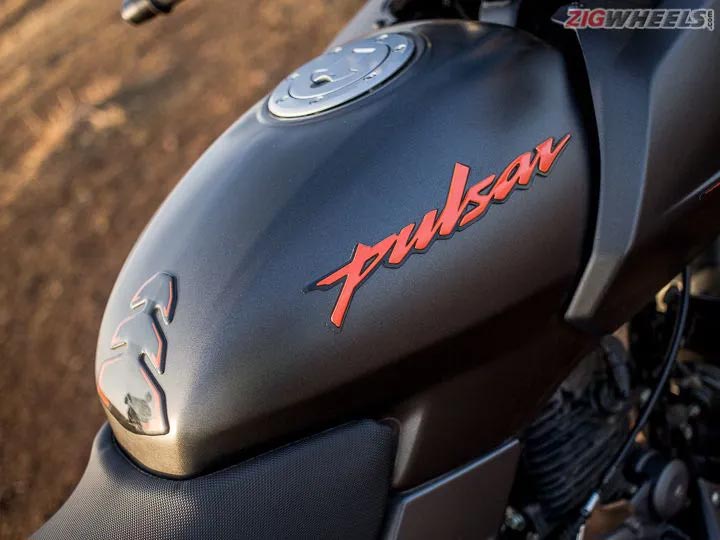 Speaking about fuel efficiency, the Pulsar 180F delivered almost 48kmpl in our highway run and 48.95kmpl in the city test. With a 15-litre fuel tank, you’re looking at a real-world range of above 700km on a full tank, which means fewer fuel stops while touring. 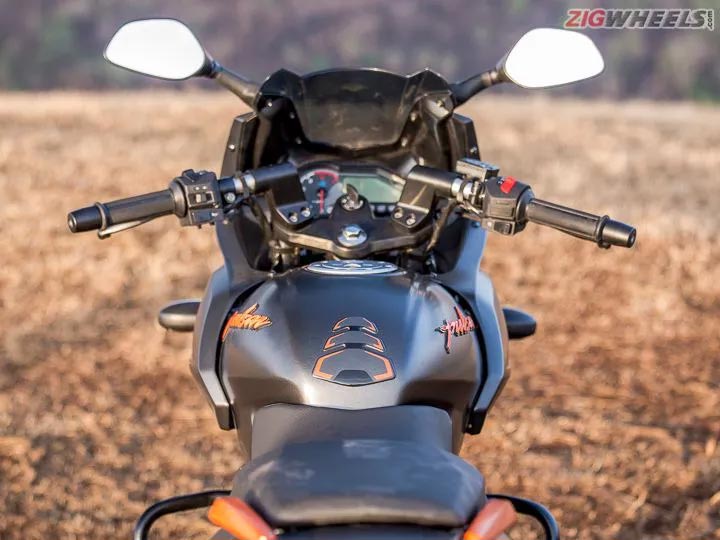 The riding posture is similar to the Pulsar 220F, which is sporty and comfy. Also, the footpegs aren’t too rear-set or high and the clip-ons aren’t too low either. This means commuting or touring will be equally easy. Our only grouse with the bike regarding the ergonomics are the short mirror stalks which don’t let you see much in the rearview mirrors. 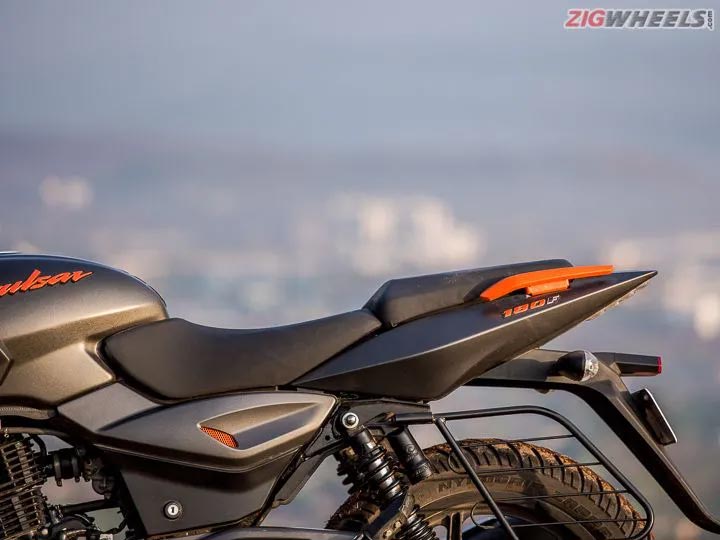 Adding to the comfort factor while touring is the large and spacious rider's saddle. 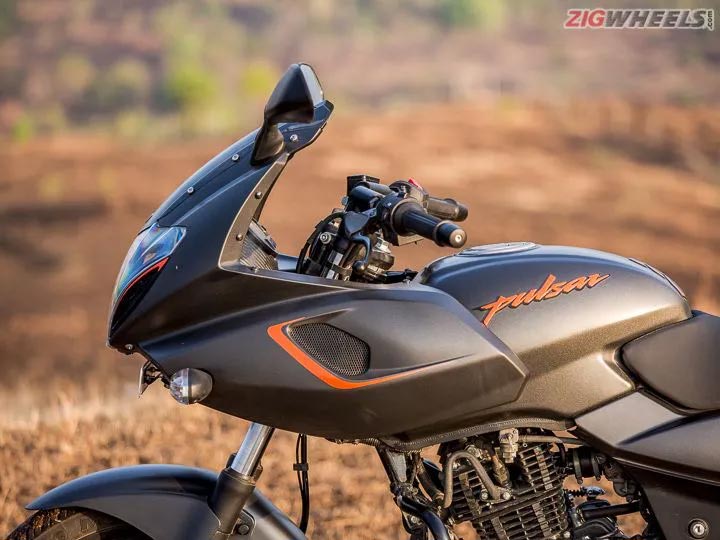 The new motorcycle shares most of its components with the Pulsar 180. However, the addition of a fairing and a projector headlight have made the new Pulsar 180F 5kg heavier than its naked sibling. 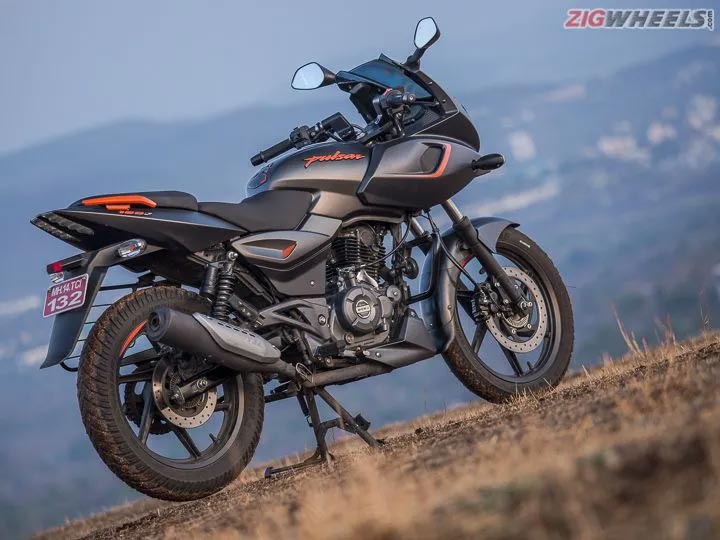 The Pulsar 180F feels quick on its feet and this means you can zip through traffic effortlessly. Even the turning radius is very tight. However, high speed cornering isn’t this bike’s forte as the suspension setup is on the softer side and the chassis tends to show its age too. It does feel calm around fast sweepers, but it doesn’t have the finesse or confidence of the Pulsar NS 160 or the NS 200 with their perimeter frames. 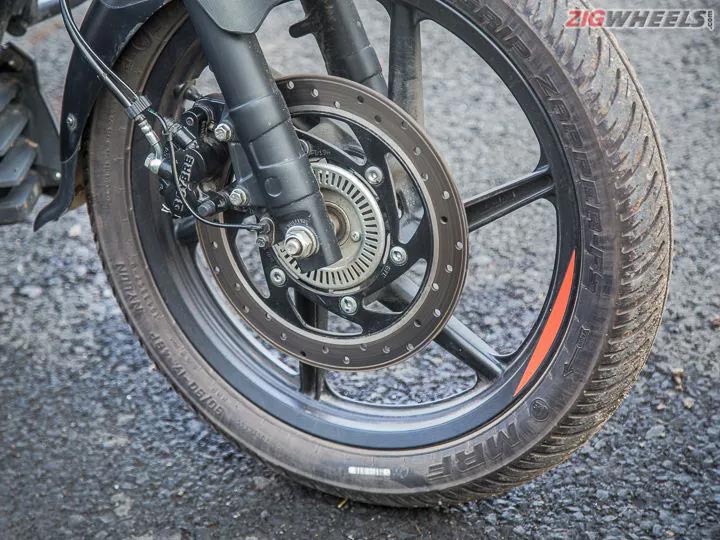 On the plus side, the soft suspension setup endows the Pulsar 180F with impressive ride quality. You can ride over undulations and most potholes in a care-free manner. Braking hardware consists of disc brakes at either ends and they do a good job of anchoring the bike with positive feedback through the lever. Like other Pulsars in Bajaj’s lineup, the 180F gets a single-channel ABS. 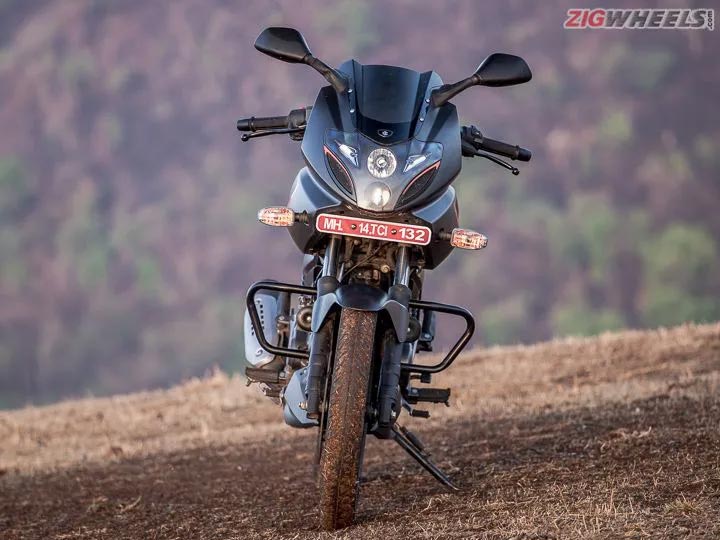 At Rs 94,790 (ex-showroom Delhi), the new Pulsar 180F undercuts the Pulsar 220F by almost Rs 12,000, which is a significant amount. While the Pulsar 180F might not appeal to a more modern audience, it might be popular in semi-urban markets. It does not match the performance of the Pulsar 220F, and the only reason we see someone purchasing the Pulsar 180F over its larger sibling is if the buyer is on a tight budget. 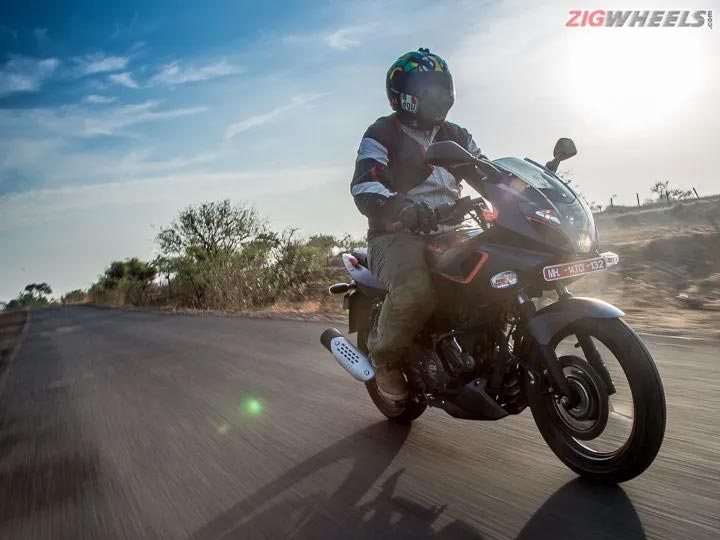 There are better options at the same price point such as the Hero Xtreme 200S and the TVS Apache RTR 160 4V. All said and done, I feel the Pulsar 180F is a short-term solution and we really hope that Bajaj brings the true successor to the Pulsar 220F soon.