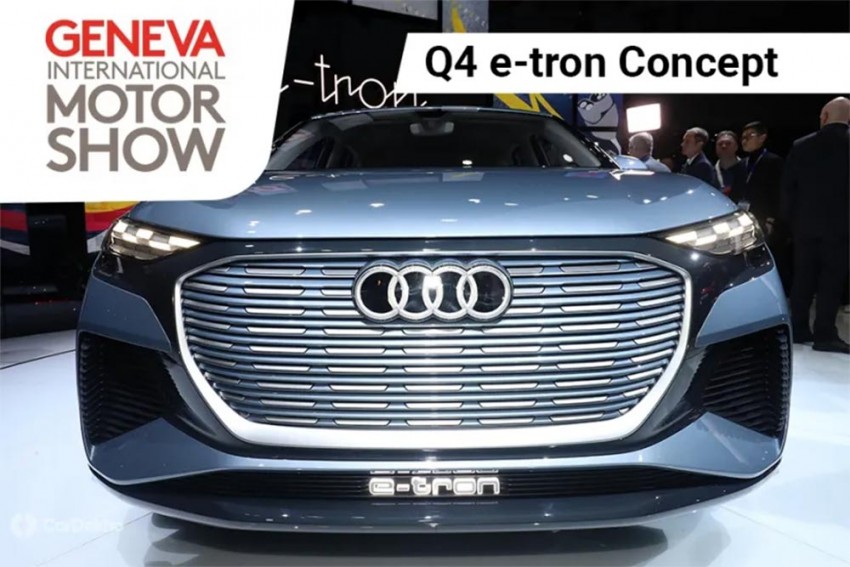 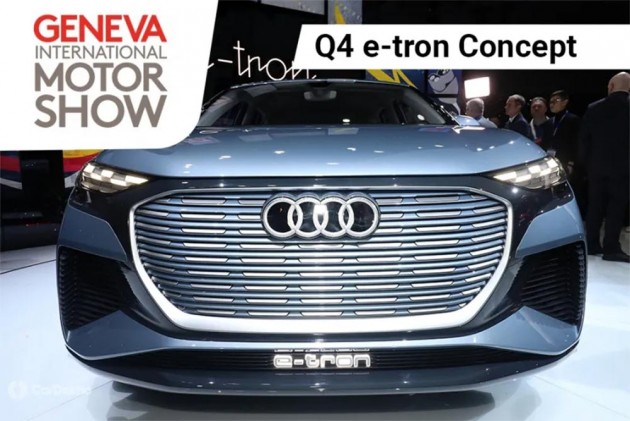 Audi has showcased the Q4 e-tron concept at the ongoing 2019 Geneva Motor Show. It is the first product to be based on VW’s MEB platform. Audi has confirmed that the Q4 e-tron concept-based electric SUV will enter production by the end of 2020 and will have a range of 450km on a single charge. 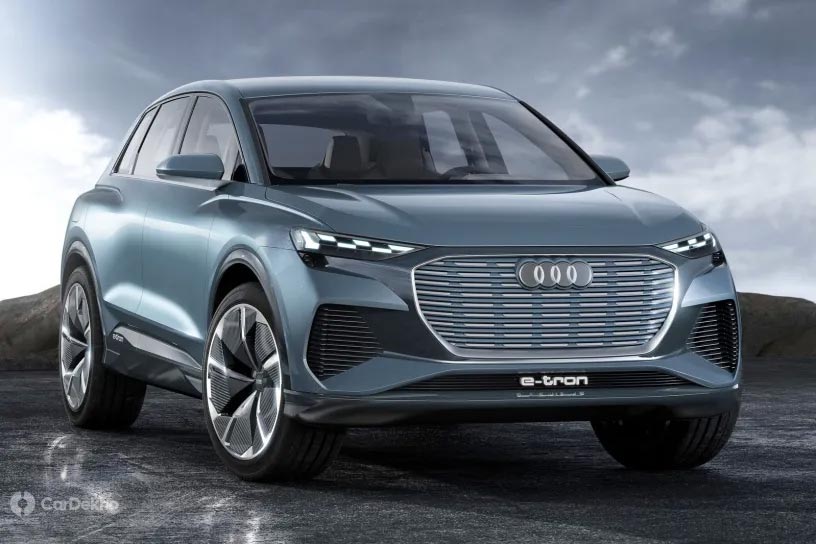 As far as styling is concerned, the carmaker has confirmed that the production-spec Q4 e-tron will look largely similar to the concept. The Q4 e-tron concept takes design cues from modern Audi SUVs like the Q8, Q3 and the e-tron. The front fascia is dominated by the Singleframe octagonal grille flanked by the sleek LED headlamps. In profile, it is reminiscent of the Q8, thanks to its sloping roofline and disconnected shoulder line that adds muscle to the front and the rear haunches of the electric concept. 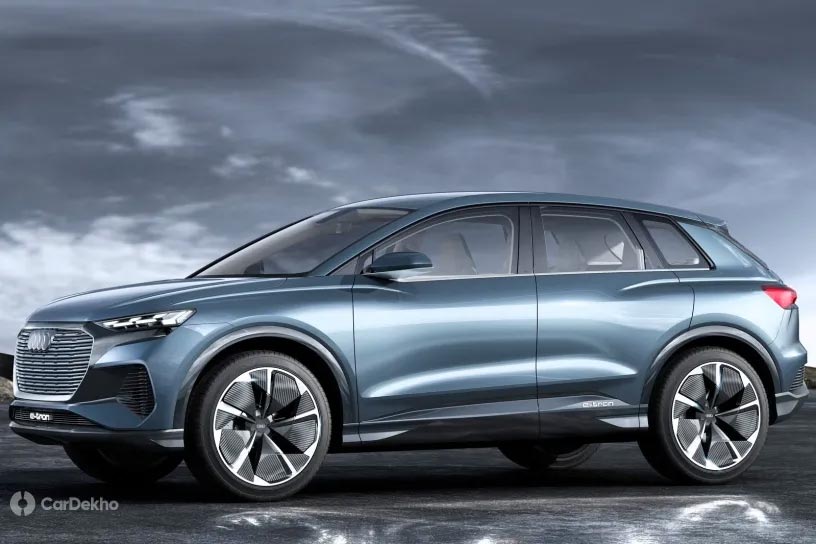 The rear looks similar to that of the e-tron SUV, which is likely to be launched in India soon. It features neat horizontal lines from one end to the other. Like the e-tron, it gets wraparound LED tail lamps that are connected by a thin red LED strip which makes the SUV look wider than actual. 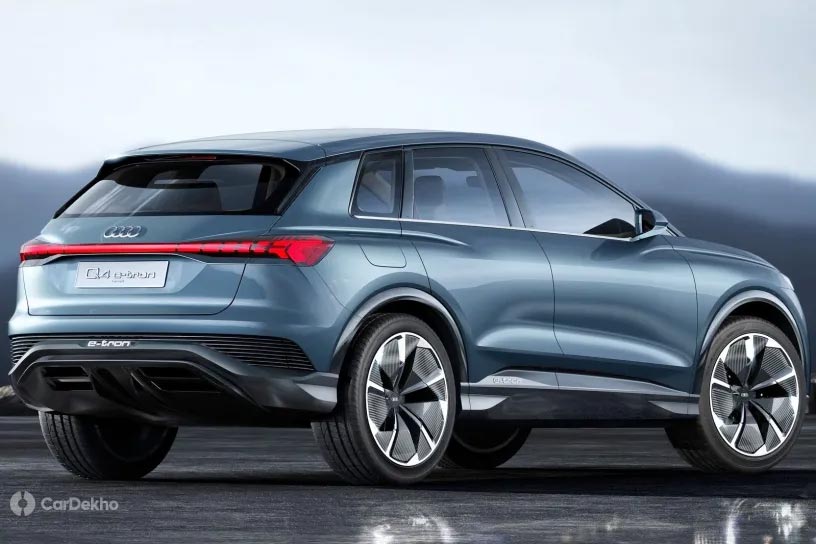 On the inside, the Q4 e-tron concept looks different from any other modern Audis we have seen in recent years. While it looks simple and elegant on the inside, the Q4 e-tron’s cabin features sporty styling. However, like other modern Audis, it is also equipped with the 12.3-inch digital cockpit instrument cluster and a 12.3-inch infotainment screen sitting atop the central console. It also gets connected AC vents like some other Audi cars. 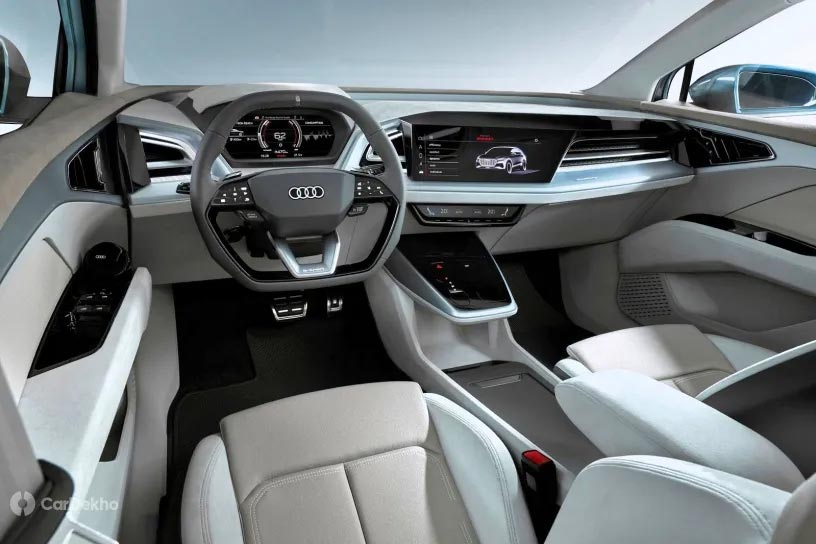 The Q4 e-tron concept is powered by two electric motors (one on each axle) with a total output of 306PS (225kW). Audi claims that the electric SUV can accelerate from 0-100kmph in 6.3 seconds before hitting an electronically limited top speed of 180kmph. The twin-motor setup on the e-tron concept draws power from an 82kWh battery pack, placed in the underbody. This battery pack can be charged up to 80 per cent in just 30 minutes. 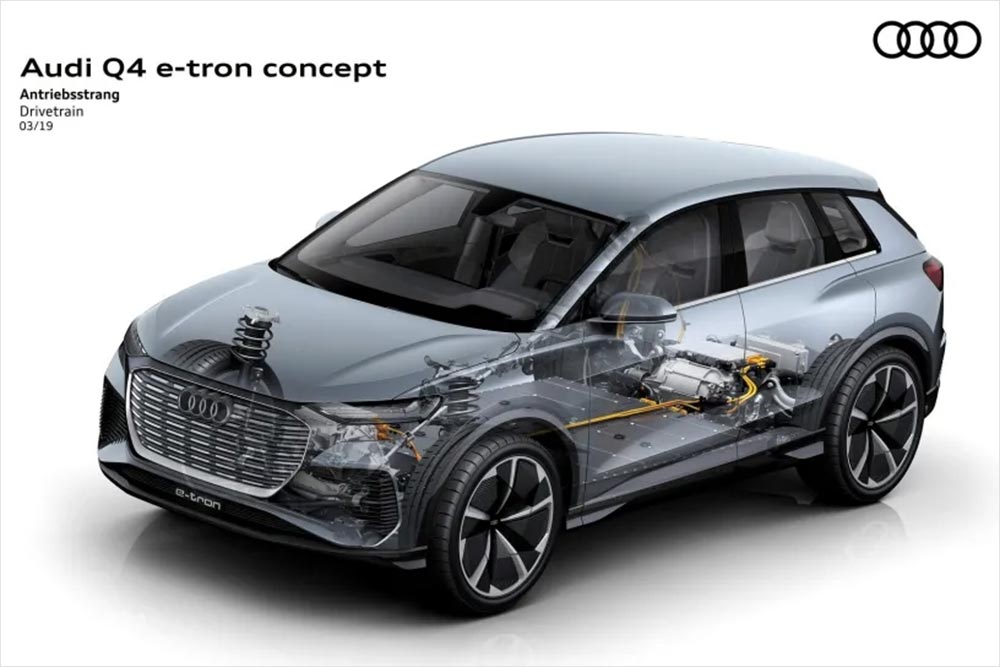 Audi has confirmed that the SUV based on the Q4 e-tron concept will go into production by the end of 2020. This is the third product from Audi’s e-tron series after the e-tron SUV and the e-tron GT concept. The carmaker plans to have 12 all-electric models in its global portfolio by 2025. Audi is also planning to launch the e-tron SUV in India soon. So, expect the German carmaker to bring in other electric cars to the country as well, including the Q4 e-tron.