Unlike the outgoing model which had five variants, the 2019 Figo will be available in three 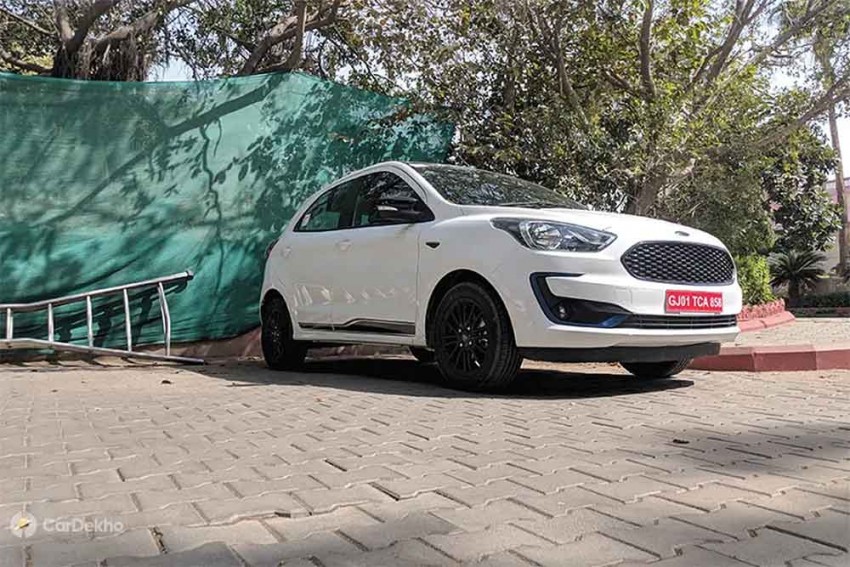 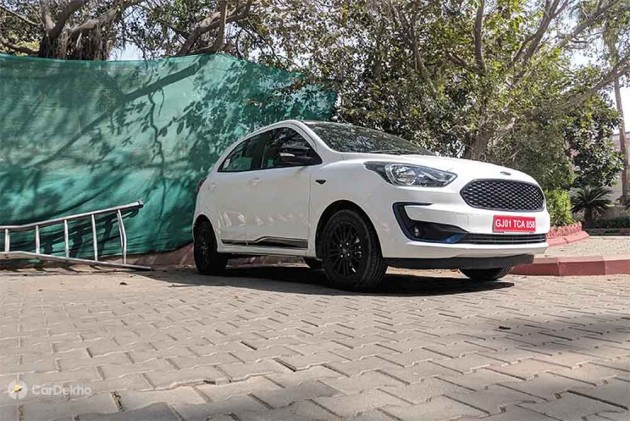 Update: The new Ford Figo has been launched at a starting price of Rs 5.15 lakh (ex-showroom, pan-India)

The 2019 Figo facelift will be launched in India on March 15. The updated hatchback gets some new features and a new petrol engine as well. It will be available in three variants only - Ambiente, Titanium and Titanium Blu, unlike the outgoing Figo which was offered in five.

Ford is offering the Figo in six different colours - Moondust Silver, Deep Impact Blue, Absolute Black, Smoke Grey, White Gold and Oxford White. The mid-spec Titanium variant can be had in an exclusive colour called Ruby Red. The top-spec Titanium Blu variant is available with a dual-tone paint scheme that has a blacked-out roof and ORVMs. However, this option is only available with the Oxford White, Moondust Silver and Smoke Grey colour options.

Ford says it has used 1200 new parts in updating the Figo. The 1.2-litre Dragon series petrol engine (20.4kmpl) is new for the Figo, while the old 1.5-litre petrol unit (16.kmpl) also gets a new 6-speed AT (torque converter). The 1.5-litre diesel (100PS/215Nm) engine, though, is the same as before. To find out how these changes have impacted the updated Figo, stay tuned for our review on March 17. In the meantime, here’s a quick look at what all has changed in the Figo facelift in detailed images. Even though the overall silhouette remains the same, Ford has made a few changes here and there to differentiate the 2019 Figo from the pre-facelift model. The front has been tweaked and now all variants get a honeycomb grille. This was only offered in the sportier S variant earlier. The front bumper has also been tweaked. Unlike the outgoing model, the fog lamp housing now gets a bezel, which is blue coloured in the Titanium Blu variant. Wheel sizes on the top-spec Figo remain the same as before (15-inch). However, the design has been changed to keep things fresh. The new Figo will also get a dual-tone paint scheme with a blacked-out roof and ORVMs. On the inside, the all-black interior scheme has been carried forward from the outgoing model. The seats come with blue stitching and a ‘Blu’ badge which contrast with the black interior of the top-spec Titanium Blu variant. It also gets a 7-inch touchscreen from the lower variants of the Aspire and Freestyle. It does not get Android Auto or Apple CarPlay. There are decals on the sides and the rear to make the new Figo look sporty. The Titanium Blu is expected to carry forward the legacy of the S variant which was offered with the outgoing model.