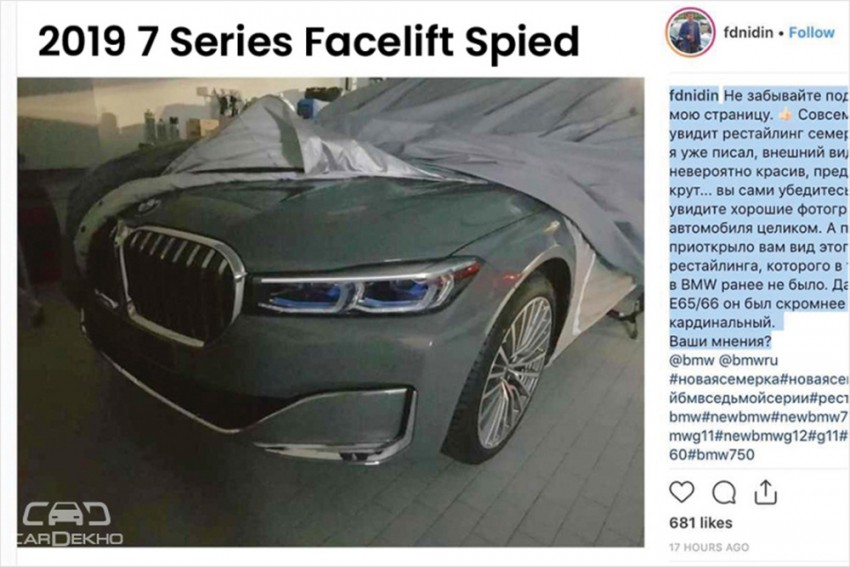 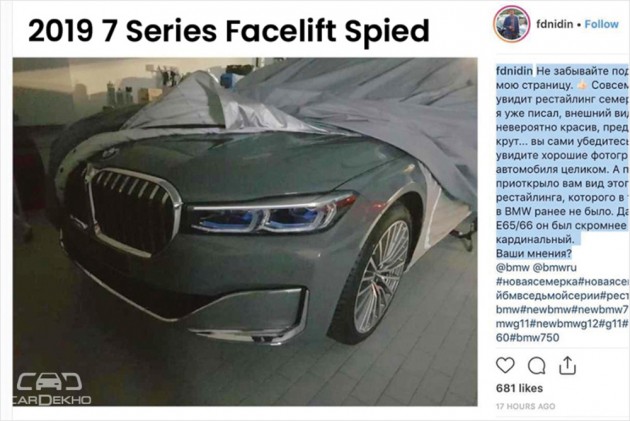 It is no news that BMW is working on the facelifted version of the sixth-gen 7 Series, which debuted in 2015, for quite some time now. However, until now, test mules were too heavily camouflaged to reveal much about the updated sedan. In the recent set of spy images, BMW’s flagship sedan has been spotted undisguised, revealing its new, mean face. 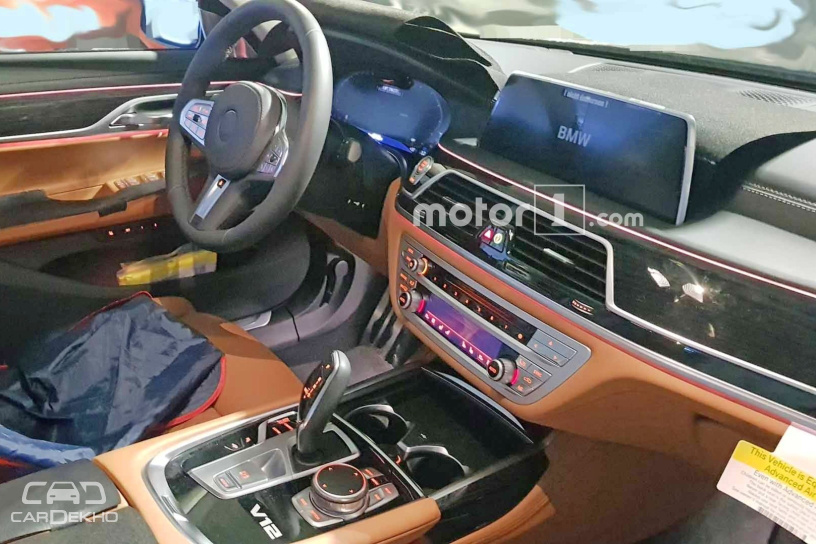 Taking inspiration from its SUV counterpart, the X7, the updated 7 Series features a massive, connected kidney grill which makes it look way more aggressive than previous iterations. Further amplifying this character are revised headlamps which look a lot sharper than before. The blue highlights suggest that the headlamps will continue to get BMW’s Laserlight system. The updated 7 Series also features a new front bumper with a sleek central opening and a chrome element running across the width of the car. 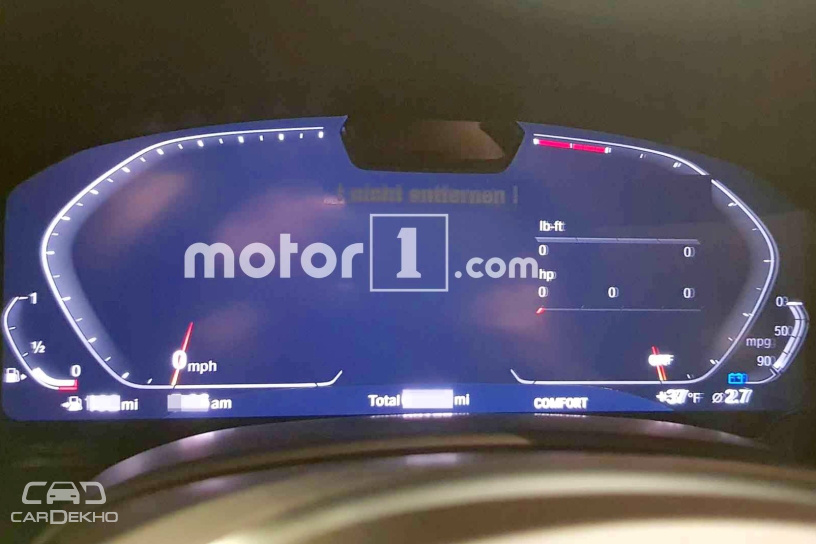 Although the recent images don’t reveal anything about the updated sedan’s cabin, some older spy shots have given us a fair idea about it. The cabin layout of the 7 Series facelift looks largely identical to that of the outgoing model. However, it features a new all-digital instrument cluster like the 8 Series and a new, larger infotainment screen. The car in the image seems to be the M760Li variant since it gets an M Sport steering wheel and a V12 badge on the central floor console. 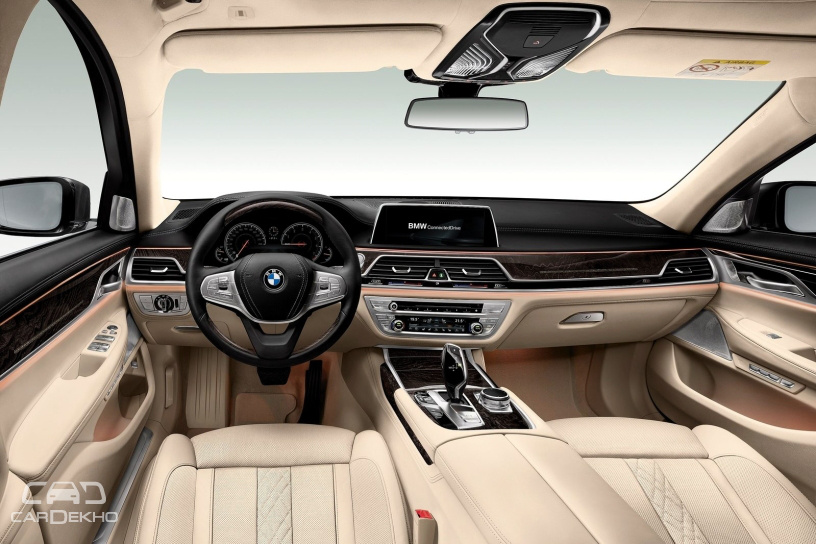 Speaking of which, the updated 7 Series is likely to be available with the same set of engines like the current model. In India, along with the 6.6-litre V12 petrol that makes 610PS/800Nm, the 7 Series also gets a set of 3.0-litre six-cylinder petrol and diesel engines. While the diesel engine makes 265PS/620Nm, the petrol unit is good for 326SP/450Nm. All these engines are mated to an 8-speed automatic transmission.

With the facelift, BMW might also introduce the plug-in hybrid variant of the 7 Series, the 740Le, in India to take on the Lexus LS 500h, which is a petrol-hybrid. Currently, BMW offers the 740Le in international markets only. 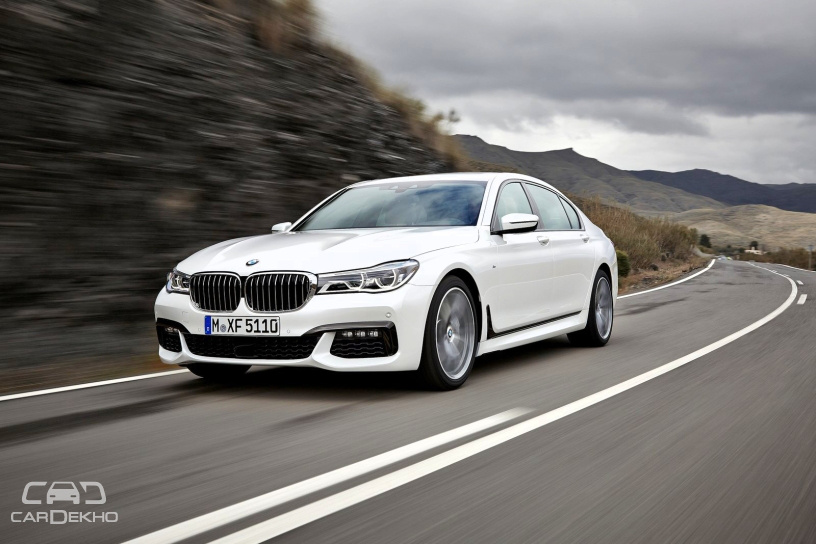 BMW is expected to debut the 7 Series facelift at the 2019 Geneva Motor Show, which is scheduled for March this year. In that case, expect the updated sedan to land in India by the end of this year or early next year. It is likely to be priced at par with the current model, which is priced from Rs 1.2 crore to Rs 2.44 crore (ex-showroom pan-India). When launched, the updated 7 Series will renew its rivalry with the Mercedes S-Class, Lexus LS 500h and the upcoming Audi A8, which is expected to launch this year.