"...I recall the contribution of one more great prime minister whose DNA this current PM enjoys. We all love and adore our former PM Atal Bihari Vajpayee," he said. 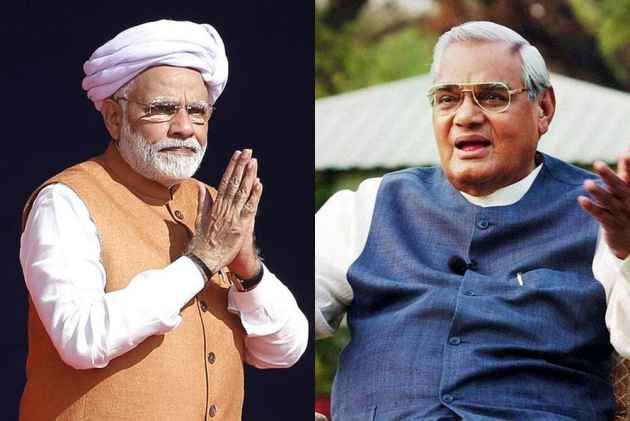 The minister was speaking at an event here to announce the synchronisation of the Indian Space Research Organisation's regional positioning system ‘NAVIC’ with Indian atomic clocks.

He said Modi was "passionate" about the social social responsibility of the scientific community.

"...I recall the contribution of one more great prime minister whose DNA this current PM enjoys. We all love and adore our former PM Atal Bihari Vajpayee," he said.

Vardhan said Vajpayee was not only a poet, but a scientist and technologist at heart.

"He was the PM who added the dimension of 'Jai Vigyan' to the already existing 'Jai Jawan Jai Kisan' (agenda)," he said, and added that within two months after becoming the prime minister, he brought India into the nuclear club of nations with nuclear capabilities.

Vardhan said Modi has inherited many of the "good things" from the former prime minister.

"He (Modi) keeps appealing to scientists that whatever research papers you publish in your journals, they should all have an impact on changing the lives of the common man," he said.

The minister said Modi is keen that scientists "alleviate the sufferings of the common man".

Vardhan also said the synchronisation of ‘NAVIC’ with Indian atomic clocks was a "significant development".

"This is a very important development. This whole lot of activities will help us in a big way in taking our country forward," he said.

ISRO’s ISTRAC cell and the National Physical Laboratory (NPL) had signed a memorandum of understanding (MoU) in August under which NPL would help authenticate precise timings for the space agency, crucial for its satellites, and also end its dependence on the American GPS system.

More than 350 delegates from 31 countries are associated with the APMP GA 2017 that began on November 24 and will conclude on December 1.