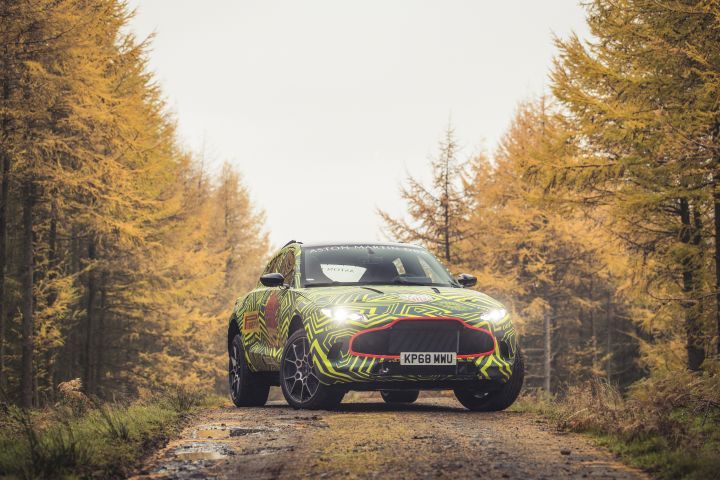 British marque carmaker Aston Martin is readying its first ever SUV, called the DBX. It has started testing an early prototype in Wales, where it will be manufactured at an all-new plant from late 2019 onwards.

The first test for the DBX marks the start of an extensive testing programme, spanning several months and including a variety of challenging terrain. One that has begun in Wales as a nod to Aston Martins’ new St Athan production facility in the Vale of Glamorgan, which will also be a manufacturing hub for the carmaker’s future EV lineup. 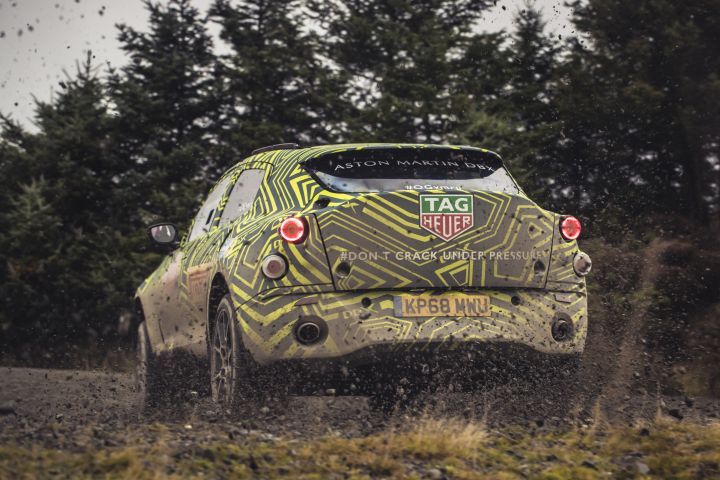 Based on the electric-powered concept of the same name, the DBX is likely to be manufactured with a conventional powertrain along with a hybrid option only. The marque brand had dropped plans of making the SUV electric in April this year.

From the official images released by Aston Martin, the DBX prototype looks more like a small sized SUV. And since it is a very early prototype the design is most likely to evolve with time. It is shod with a lot of camo gear, including fake panels, tacked on to hide the true shape.
However, what is certain is that the SUV will utilize an all new platform developed specifically for off-road capabilities. 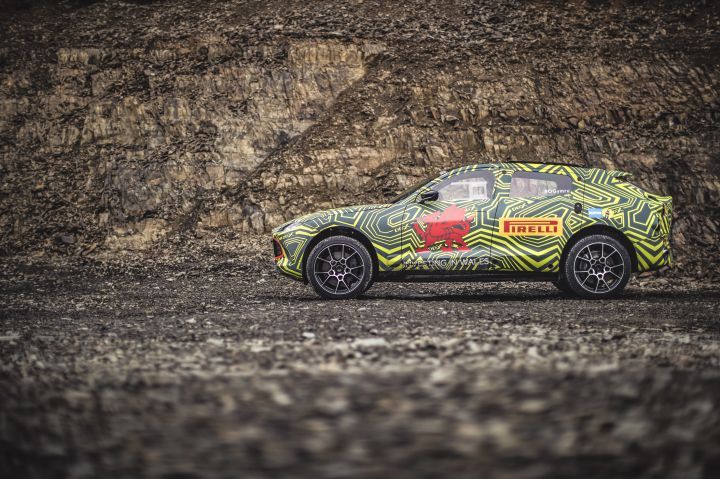 Being developed as a part of the marque’s Second Century Plan, the DBX will be the fourth new car promised among a total of 7. The first was the DB11 which has since been followed by a redesigned Vantage and new DBS Superleggera. The DBX will be followed by a Vanquish supercar and then an SUV and a sedan from Aston Martin’s Lagonda sub brand.

When the DBX finally arrives late 2019, it will go up against the likes of other uber luxury SUVs such as the Bentley Bentayga, Porsche Cayenne and the Audi SQ7 globally.