The last Indian to return with an individual medal from the Continental event was legendary Syed Modi, way back in 1982. 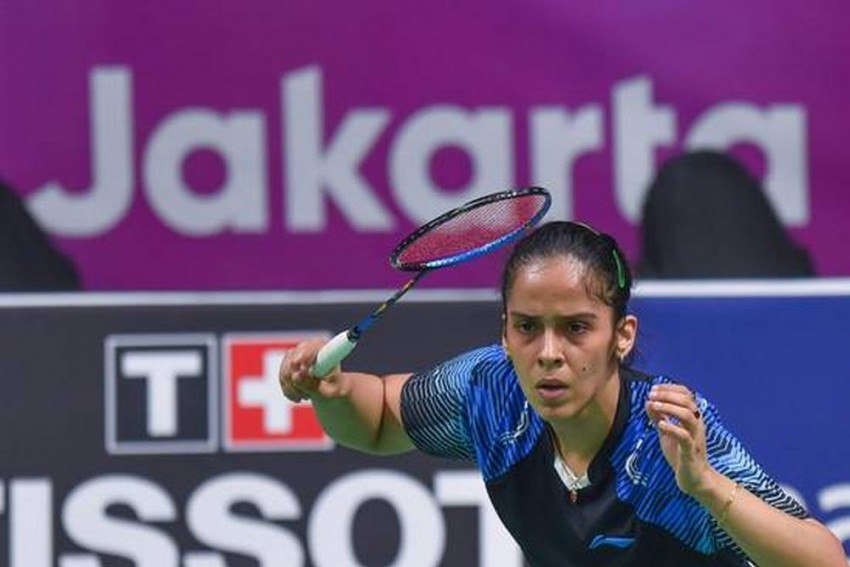 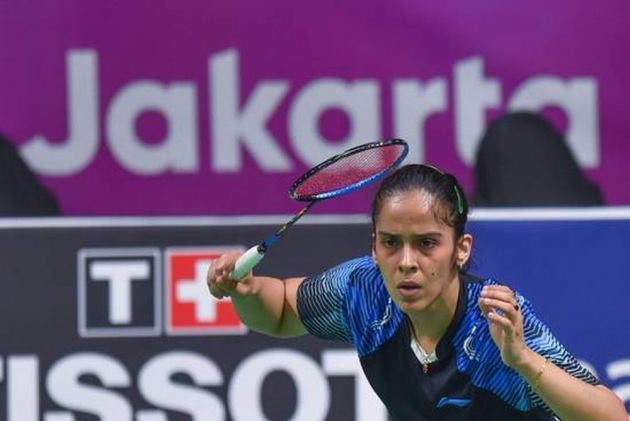 India's top shuttler Saina Nehwal on Sunday assured herself of a historic Asian Games medal after reaching the women's singles semifinals following a straight-game win over world no. 4 Ratchanok Inthanon of Thailand in Jakarta.

The last Indian to return with an individual medal from the Continental event was legendary Syed Modi, way back in 1982.

India has won eight badminton medals at the Asian Games and six of them are in team events and one on men's doubles.

Saina is assured of at least a bronze as she erased a huge deficit in the opening game to knock out former world champion Ratchanok 21-18 21-16 in a 42-minute quarterfinal.

Saina fell behind 3-8 at the beginning but found a way to beat the Thai player, whom she had beaten at the recent World Championship in Nanjing and also at the Indonesian Master at the same venue.

Saina said she was not aware who won the last individual medal.

"We were actually discussing that. We did not know. Gopi sir said keep the phone away," said the world no 10 Indian.

She came into this match with a superior record with four wins in the last five meetings against the Thai.

"She was playing strong and I knew she will challenge me today. I was taking her seriously, she had beaten Sung Ji Hyun in the previous match and first time I saw her playing well against a rally player," Saina said.

Talking about her tactics after falling behind in the opening game, Saina said, "I was not moving that well initially but after 12-3 I opened up and I started picking up those tough shots.

"Then one-two rallies happened and there I saw her getting tired but she was very tough. She was playing attacking."

Saina said the deafening cheers of the crowd also made it challenging for her.

"She had the lead, I had the good record against her, crowd was shouting (for Indonesian player on adjacent court), so many things were playing in my mind. You could not hear the shuttle (due to noise), you have to be alert."

The London Olympics bronze medallist Indian will next take on Tai Tzu Ying, who knocked out 2017 World Champion Nozomi Okuhara of Japan 21-15 21-10 in another quarterfinal.

World number three PV Sindhu will also take on a Thai player in the last-eight as she is up against world number 12 Jindapol Nitchaon.

Though Saina looked in good nick and rhythm, unforced errors pegged her back 1-5 and 3-8 at one stage.

With handy lead in pocket, Ratchanok tried to be deceptive with service but lost points. However, Saina again netted the shuttle to trail 3-9.

The Indian had no option but to play aggressive and that too resulted in unforced errors, taking the first break trailing 3-11.

Ratchanok used the drop shots quite effectively on Saina's backhand side. As Saina had to stretch to reach to the shuttle, Rathanok found easy winners on her weak returns.

Saina, though found the way to make a comeback and negated the strategy by hitting deep and angled returns, reducing the deficit to 15-17.

Ratchanok netted a return at 18-all and for the first time Saina led in the opening game.

The Thai hit a backhand return over the line to give Saina her first game point, which she converted when Ratchanok left a shuttle and it fell inside the line.

Saina was all fired up in the second game and always had lead in hand. Though the Thai hit a few winners on the backhand side of Saina, the Indian had control over the game.

She led 16-12 and closed the match in her favour when Ratchanok hit a backhand wide and Saina found a winner on the next point.