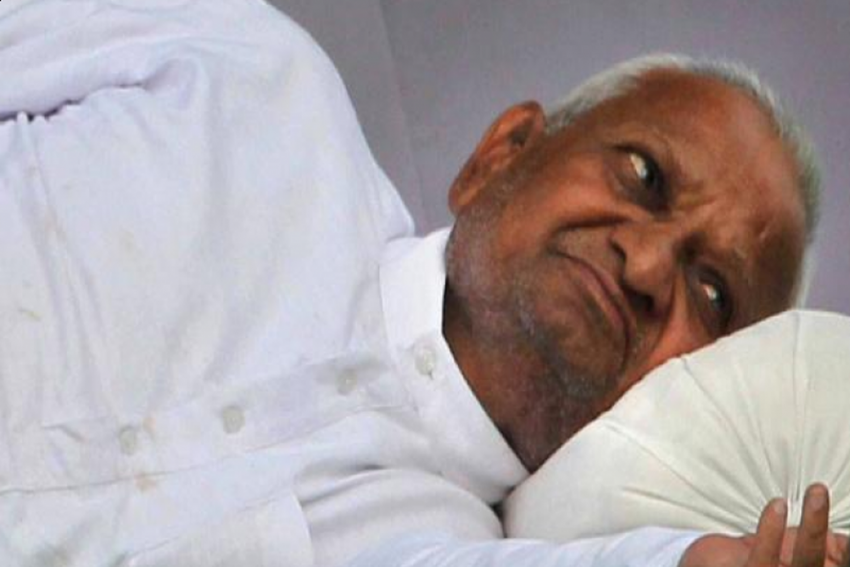 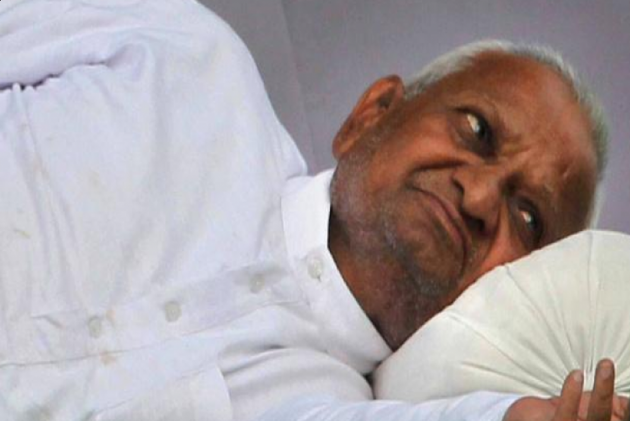 Hazare has been on an indefinite hunger strike since March 23 to press for his demands, including the appointment of a Lokpal at the Centre and Lokayuktas in states.

His 2011 agitation had led to the passing of the Lokpal and Lokayuktas Act 2013, but the Centre is yet to appoint an ombudsman.

This time Hazare is also demanding the government give better Minimum Support Prices (MSPs) to farmers to address agrarian distress.

Meanwhile, as the most famous resident of their village continued his indefinite hunger strike in Delhi, people in Hazare's Ralegan Siddhi on Monday replicated actor Dharmendra's protest atop a water tank in the iconic film "Sholay", to support the social activist's demands.

A group of residents of the village, located in Parner tehsil of Ahmednagar district, climbed atop the water tank, and shouted slogans demanding that the government should accept Hazare's demands, which include the appointment of a Lokpal at the Centre and Lokayukta in states.

Some protesters were carrying the national tricolour, and they threatened to jump off the tank if their demands were not accepted, an aide of the activist said.

Maharashtra minister Girish Mahajan met him at the venue, to discuss his demands.