A debate on defecation has taken quite a curious turn 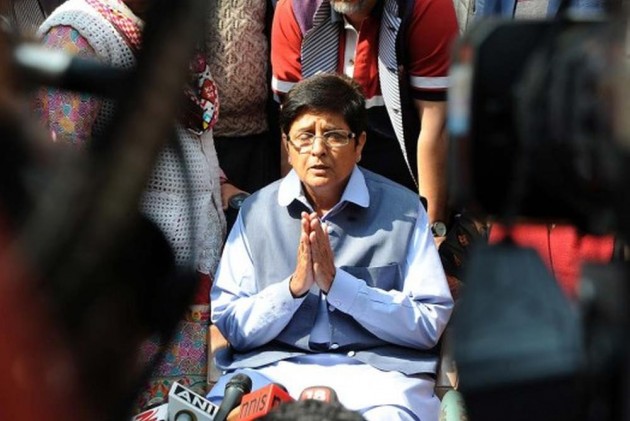 Amidst the “shadow war” between the Puducherry Lieutenant Governor and the Congress government headed by Chief Minister V. Narayanasamy, LG Kiran Bedi shot off a letter to the members of the Union Territory assembly requesting them to “deliberate also on some of the critical issues” before the UT.

The letter, addressed to the Puducherry Assembly speaker Ve Vaithilingam, was read out in the House on Thursday. In the letter, dated January 13, she requested “honourable members of the august body to discuss critical issues like reducing the dependency on external borrowings/loans by raising the external sources that can be tapped by enhancing tax revenue collection and recovering  investments in public sector undertakings running in loss.”

After the speaker finished reading the letter, AIADMK legislature party leader A Anbazhagan sought to know whether the LG had wished to address the present house session but the government refused it.

Chief Minister V. Narayanasamy informed the house that  the LG had written a letter to him in November last year noting that the Central government had written to her mentioning that Puducherry be made Open Defecation Free (ODF) and hence, she wanted to address the house.

The CM said she was requested to send her address to him to get the nod of the State’s cabinet.  He added that the LG said she will not be coming to the house and instead sent the message which was read out.

In her letter to the speaker, the LG said: “For the current year, budget for UT is Rs. 6665 crores. This is met 60% by internal sources, 28% by Central assistance and balance 12% by market borrowing/Negotiated loans. We have a legacy loan of about Rs 6,500 crore, The UT is spending Rs.700 crores every year towards repayment of principal amount and interest. From next year onwards this will increase to Rs 1000 crore plus.”

While seeking Center’s intervention to absorb the legacy loan, the administration should reduce dependency on external borrowings/loans by raising the internal resources. One of the important resources that can be tapped be collection of service charges and user charges on civil amenities like sewerage charge, water charge, municipal tax and the like.

She further said: The UT administration had invested more than Rs.700 crores in State run Public Sector Undertakings which have so far accumulated a loss of Rs.500 crores.To sustain them the government is spending Rs. 150 crores from the budget annually. We should discuss ways and means to recover the investment made in the PSUs/societies.

“There is an apparent  imbalance in allocation of  budgetary resources  between  urban and rural areas. The living conditions in rural areas must be improved to avoid migration to the town/cities in search of employment and health facilities. In the absence of elected Panchayat Raj institutions, the onus of taking care of the rural population now lies with the elected members of this august body."

Bedi sought the “unstinted cooperation of the members to achieve the target of Open Defecation Free (ODF) area for Puducherry by October 2, 2017."

She concluded her letter saying: “Cleanliness is next to godliness. Scientific disposal of wastes generated has been mandated by law, and orders of courts. Segregation of garbage at source and de-centralised disposal at village level must be planned involving all stake holders.”

Interestingly, the LG Kiran Bedi, who sought the co-operation of the elected members of the assembly, was criticise for ignoring them and for giving instructions directly to the officials of administration involved in the civic issues.