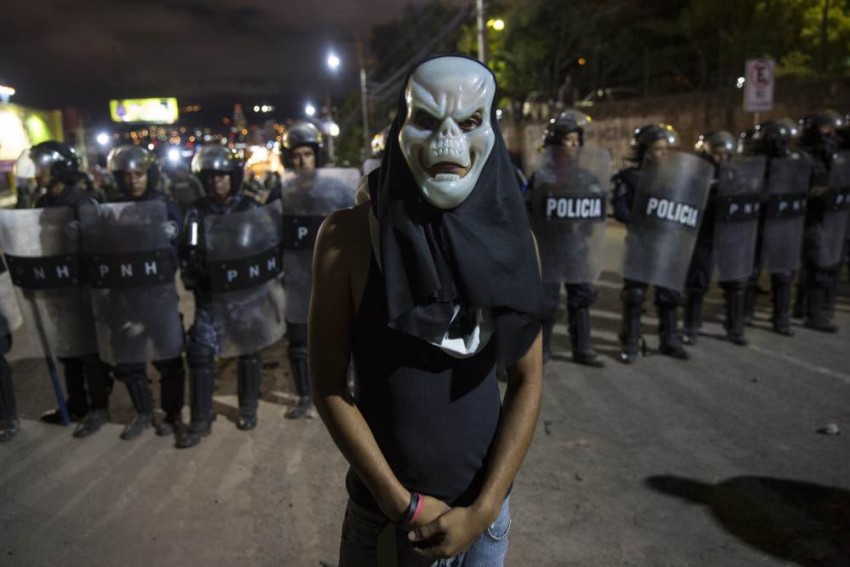 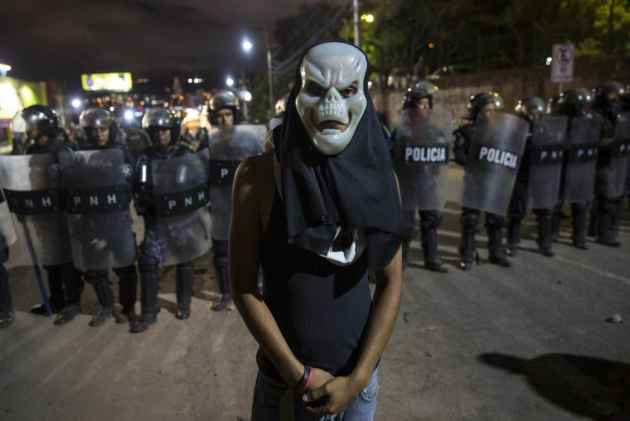 Honduras announced a curfew and suspended some constitutional rights to allow security forces to contain protests and unrest over a disputed election in which both candidates have declared themselves winner and the ballot count is entering its sixth day.

Honduras' electoral court had finished counting nearly 95 percent of the vote boxes from last Sunday's presidential election by late yesterday and said it would conduct a hand count of 1,031 other boxes that presented "inconsistencies."

Incumbent President Juan Orlando Hernandez held a lead of more than 46,000 votes over challenger Salvador Nasralla before the last-stage count. It was not immediately clear how many votes could be at play in the uncounted boxes.

As the wait for election results has dragged on rock- wielding protesters have increasingly taken to the streets against riot police armed with tear gas, batons and water cannons. National Police spokesman Jair Meza said 12 people had been wounded in clashes between police and protesters.

Groups of demonstrators also continued blocking highways with burning tires and other debris, in some cases forcing parents to carry their children through the smoking barriers.

In a decree read out on radio and television, the government's Cabinet chief Jorge Hernandez said late yesterday that some constitutional guarantees would be suspended for 10 days to allow the army and police to control the situation.

The government declared a curfew from 6 PM to 6 AM across the country.

"The curfew is to safeguard the security of the country," President Hernandez said as he left a hotel in the capital after meeting with observers from the Organization of American States and the European Union. "This is the time for the people to feel supported by their armed forces and their police because it cannot be that somebody decides to loot or rob."

Earlier, electoral court president David Matamoros said that representatives of the political parties would be present for the vote counts and that no announcements would be made until there is a final result.

After speaking with representatives of the opposition alliance and the National Party, Matamoros said yesterday that each party would be able to accredit 60 people to participate in the afternoon count alongside international observers. He estimated it could take six hours.

But the opposition published a list of demands that included a broader review of votes in three jurisdictions where it alleges voter turnout was unusually high and said the number of ballot boxes that presented issues was far larger. It was unclear if its demands would be met.

The count had still not begun last night because no representatives for Nasralla had arrived: "The wait continues," said court spokeswoman Lourdes Rosales.

In a statement, the court also said any suggestion of wrongdoing in its operations is false and it lamented the increasing violence in the streets.

Heide Fulton, charge d'affaires at the US Embassy in Honduras, said via Twitter yesterday that Honduras was beginning an "unprecedented phase in the electoral process." She called for calm during the count.

Both Nasralla and Hernandez have declared themselves the winner of the election and their parties have urged their supporters to defend the vote in the street.

Nasralla and Hernandez have urged calm and warned their supporters to not be provoked into violence.

Retired Gen Romeo Vazquez, who led the coup that ousted President Manuel Zelaya in 2009, blamed the unrest on the electoral tribunal's delay in returning results.