Home  »  Website  »  National  » Reportage  »  Air India Is Crashing, But These Are The 4 Lucrative Reasons Why Some Might Still Want To Buy 49% Stake In National Carrier

Air India Is Crashing, But These Are The 4 Lucrative Reasons Why Some Might Still Want To Buy 49% Stake In National Carrier

Privatisation of the national carrier, albeit in a way to rid the govt of the massive debts, also enables its investors to enjoy benefits that come hand-in-hand with the airlines. 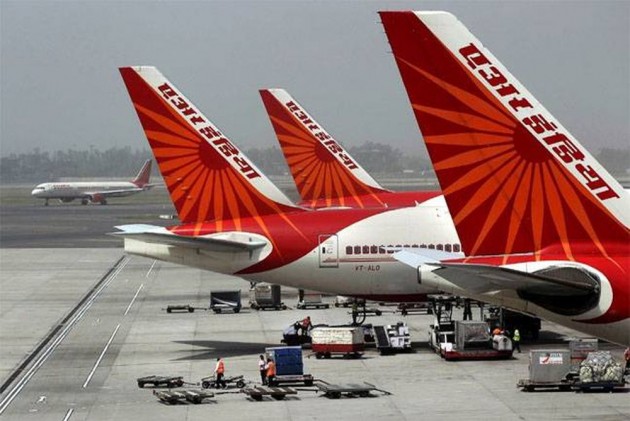 The cabinet today approved foreign airlines to buy 49% stake in debt-ridden Air India under approval route. The national carrier has a debt burden of more than Rs 52,000 crore, so why would an international airline in their senses want to be a part of it, and be no more than a minority shareholder?

Singapore Airlines said it will keep options open on the airline stake.

"Our priority is the further expansion of Vistara. However, we will keep our options open with respect to the proposed disinvestment of Air India," Singapore Airlines said in an e-mailed statement to PTI.

There are reasons why Air India stakes could be yummy for the investors. Privatisation of the national carrier, albeit in a way to rid the govt of the massive debts, also enables its investors to enjoy benefits that come hand-in-hand with the airlines.

Any foreign airline(s) investing in Air India, will be able to utilise all lucrative air routes, including international, which Air India continues to monopolise.

Becoming a shareholder in the debt-ridden airlines, albeit a minor one, by default, enables the investor airline to fly on all routes Air India flies in, and have access to it. Air India, which has a huge ready fleet strength, has air routes in several countries, including Afghanistan, Australia, Italy, Bahrain, Canada, France etc.

2) Bilateral Entitlements Come On A Platter

Before airlines of a country can operate its services to another country, a treaty-level agreement with the destination country's government has to be negotiated. These treaties are known as bilateral air services agreements. The treaties thus signed contain provisions on traffic rights, number of flights, tariffs, and designation, ownership, and control.

On all the bilateral routes utilised between Air India and carrier of other countries, minority shareholder in the national carrier, will automatically be able to have access to them.

Air India has authorised Hangar spaces and Parking Rights in all major airports across the world.

Hangar spaces are closed building structures constructed to accommodate an ariplane when not flying.

Parking rights to those hangar spaces already allotted to Air India will be accessed by the foreign airline shareholder as well.

The national carrier holds large swathes of land and real estate in India, which the suitor of the airlines may be allowed to develop.

Non-core assets of Air India, including immovable properties, land parcels, and art treasure are not doing much better than the debt-ridden airlines.  However, their monetary worth is enviable to say the least. Nevertheless, shareholder(s) in the airlines may not be able to bid for it. A report published by the Business Standard in July last year explains why.

Quoting officials, the report said that locating and registering Air India’s vast land pool and real estate would take the disinvestment process much longer. Besides, most of those assets are involved in litigation across many courts in the country.

The aforementioned benefits notwithstanding, the foreign airline willing to invest in Air India will have to take up a few liabilities, including the massive debts and the displeasure of its employees and trade unions over its disinvestment.

Staff and employees in Air India are unhappy with the privatisation of the airlines.  Unlike contemporary airlines, employees at Air India follow the government's age of retirement, which is 60. The airline, being a national carrier, does not follow a corporate culture that may be found in private airlines.

Privatisation of the airlines may thus lead to a cultural makeover.

Air Corporation's Employees Union (ACEU), the biggest union of Air India employees, representing nearly 8,000 of the total 24,000 staff members had protested against the privatisation, urging the Prime Minister not to go ahead with it.

"We appeal to the government of India not to go for privatisation and disinvestment of Air India. We are always ready to turnaround Air India," the ACEU said in its statement.