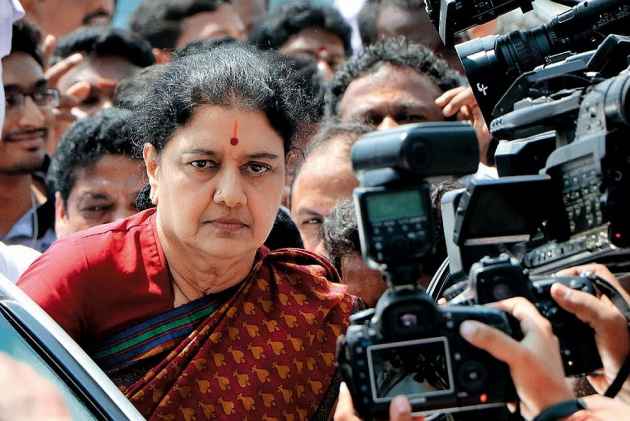 After many hiccups, obstacles and delays the two factions of the AIADMK today officially merged after former Chief Minister O. Panneerselvam and present Chief Minister Edappadi K. Palaniswami shook hands at the party headquarters on Mondayafternoon. Shortly thereafter the party announced that steps would be taken for the removal of V.K. Sasikala from the post of general secretary of the party.

Palaniswami, welcoming the merger, announced that OPS would be the convener of an 11 member steering committee and that he would be the co-convener. Almost simultaneously the Raj Bhavan also announced that OPS and K. Pandiarajan would be inducted into the cabinet. OPS was made the deputy Chief Minister in charge of the Finance and Housing portfolios while Pandiarajan was appointed as minister for Tamil Development and Archaeology.

Removal of Sasikala and making it public was the last minute precondition imposed by the OPS camp which delayed the merger by a couple of hours but that too was accepted by the EPS camp and announced soon after the merger ceremony. The formal resolution to removed her from the top post would be taken by the party’s general council which will meet shortly.

The short merger ceremony was marked by bonhomie as OPS and EPS assured that the party would remain united and ensure the continuance of the AIADMK government for the rest of its term. “We are all children of our Amma and have got back after a short period of separation thanks to be blessings of Amma’s soul,” declared OPS. “The AIADMK is the only party that has reunited after splitting – not once but twice. It shows that the true feelings of our cadres will be honoured by the leadership,” observed EPS.

Even as the merger was happening, 16 MLAs were closeted with TTV Dhinakaran and charting their future course of action wondering how to combat the expulsion of Sasikala.

Following the merger the two sides would soon inform the Election Commission about the merger and withdraw their respective petitions and affidavits filed after the split. These steps would be a prerequisite to reclaiming the party’s Two Leaves symbol.