Ahead of Assembly Polls, A Plethora Of Sops For Gujarat 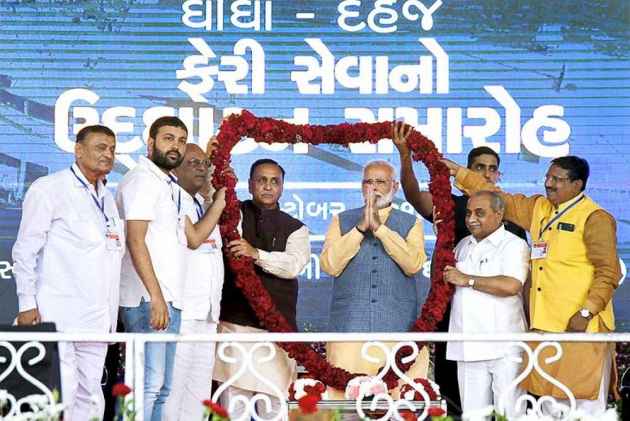 Ahead of the Assembly polls, the Gujarat government on Tuesday announced a slew of sops for various sections of the society, including farmers and the agitating accredited health workers.

The BJP government effected a hike of 50 per cent in the incentive paid to Accredited Social Health Activists (ASHA), village-level women who are a key component in the implementation of National Rural Health Mission (NRHM).

Making the announcements, Deputy Chief Minister Nitin Patel said the hike would benefit around 40,000 women who work as health activists across the state, which goes to the polls by the year-end.

ASHA workers have been agitating in different parts of the state for quite some time demanding a pay hike and other benefits.

At present, each ASHA worker gets around Rs 2,500 per month for carrying out various health-related tasks.

Congress vice president Rahul Gandhi also took up their cause during his visit to central Gujarat early this month when he interacted with several ASHA workers.

For farmers, Patel said the government will waive 18 per cent Goods and Service Tax (GST) charged on the purchase of equipment meant for drip or sprinkler irrigation.

"Farmers are now exempted from paying 18 per cent GST charged on the purchase of various equipment for drip and sprinkler irrigation. The burden of the tax would be borne by the government in order to promote such irrigation methods," said Patel.

The government also raised the ceiling on the annual income of OBC, SC and ST beneficiaries for availing benefits of state-funded schemes and scholarships.

"The income ceiling has been raised from Rs 47,000 to Rs 1.20 lakh for those living in rural areas and from Rs 68,000 to Rs 1.50 lakh for urban areas. This raise will enable many more people of these communities to avail government assistance as well as scholarships," he said.

In a relief to school teachers appointed on ad-hoc basis, Patel said services of those who have completed more than 10 years will be regularised.

The government also announced various benefits for its contractual employees such as 90 days of paid maternity leave and a Rs 2 lakh compensation to the kin in case of an employee's death during the contract period.

Patel said contractual employees will get daily allowance of Rs 100 for six hours and Rs 150 for 12 hours if they are sent away from their places of posting for government work. The state will also reimburse the ticket fare in case of such outstation visits, he said.

The Vijay Rupani government had announced a plethora of sops for teachers of government-aided secondary and higher secondary schools and municipal employees, among others. (PTI)