A “gau seva toll-free number” was also released so that common people can come to the help of such cows. 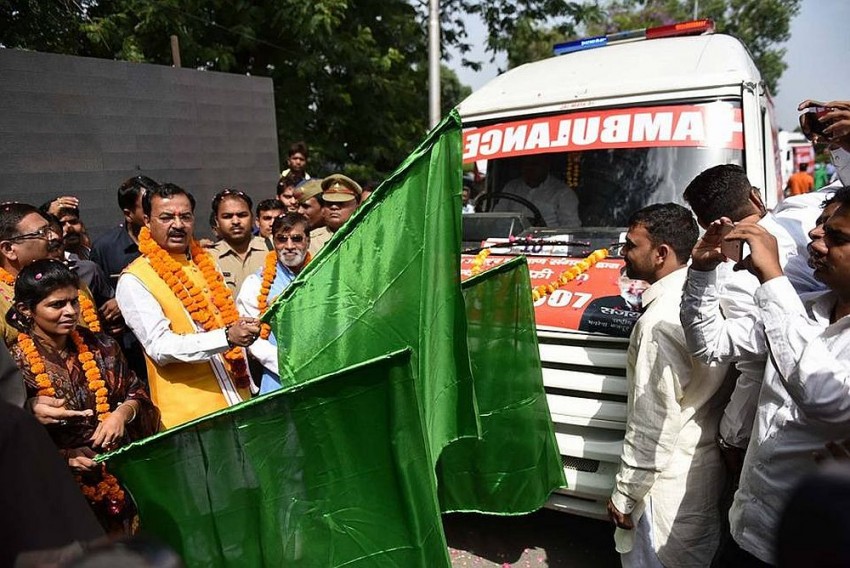 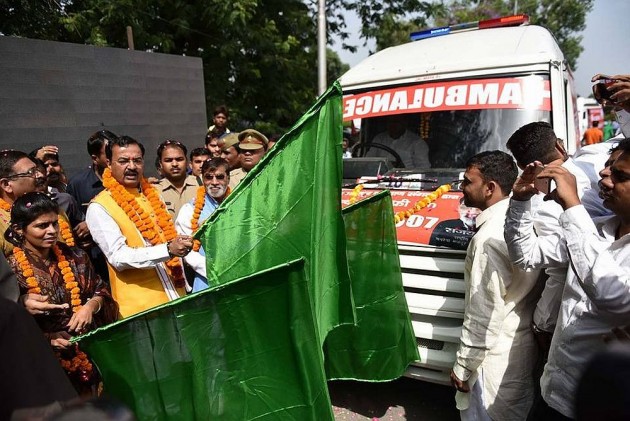 It's time for the cows in Uttar Pradesh to have a gala time, with the state government giving them exclusive rights and privileges to secure their seemingly deified lives.

In the latest move to protect the Chief Minister's favourite animal, the Uttar Pradesh Deputy Chief Minister Keshav Prasad Maurya announced the ‘Gauvansh Chikitsa Mobile Vans’ , an ambulance service that would rescue sick or injured cows and transport them to ‘gau shalas’ or take them for treatment to the veterinary doctor.

Keshav Prasad Maurya who was in the news recently with his controversial remarks on Triple Talaq, flagged off five ambulances Monday and shared the pictures on Facebook.

According to The Hindu, a “gau seva toll-free number” was also released so that common people can come to the help of such cows.

In its initial phase, the service will be first available in Lucknow, Gorakhpur, Varanasi, Mathura and Allahabad, the report said, adding that the minister also plans on taking action against  those people who abandon their cows once they stop giving milk, and also against municipality officials if cows are forced to eat polythene or plastic items dumped on the streets.

Not too long ago,  Modi-led NDA government informed the Supreme Court of India that a unique identification number for animals, much like Aadhaar has been suggested by an expert panel to track cattle.

Early this year, BJP-ruled state Gujarat had amended its law making  cow slaughter an offence punishable with life term, a first in the country.

Cows are revered in the Hindu religion and stringent laws in many parts of the country are being implemented to keep the animal safe from slaughter and smuggling.

Haryana Policemen Stripped And Felt Me Up As Part Of Probe, Alleges Teenage Rape-Survivor