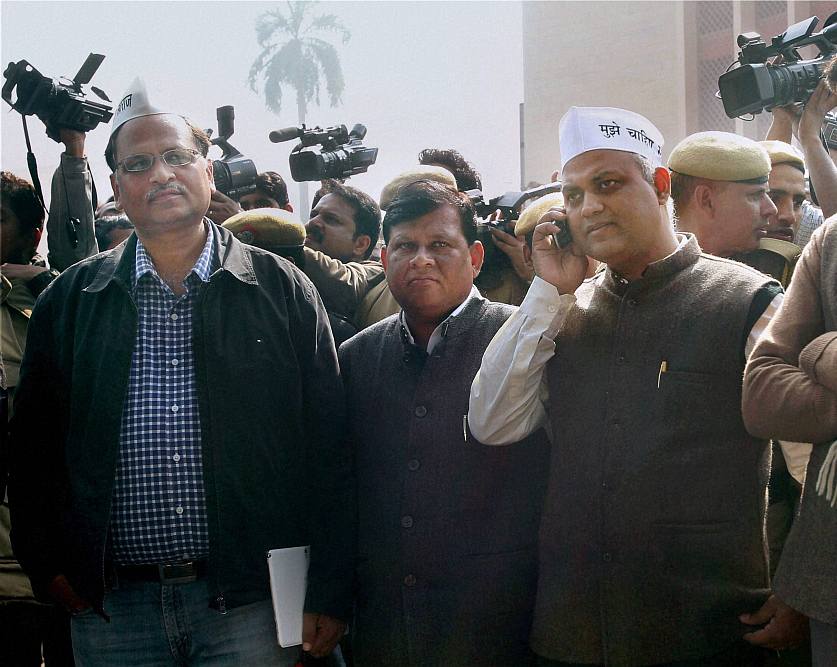 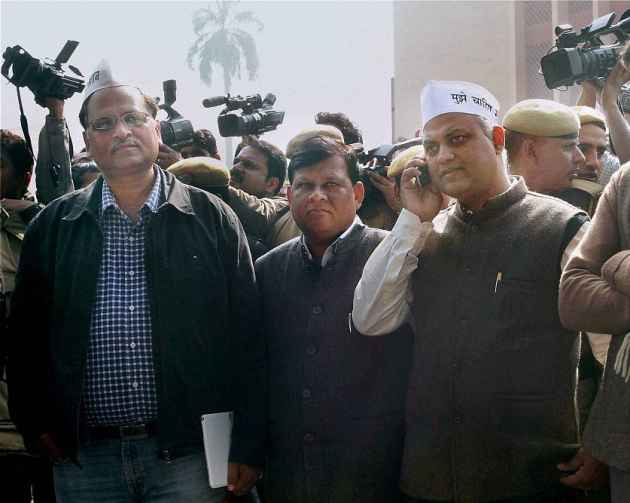 a) The AAP did not bother to search or see footage of Bharti’s actions for themselves— they claim to have seen it only when I shared it with them; I merely googled it and found it on the net.

b) They say that Bharti’s words about ‘all Nigerians and Ugandans’ being involved in drug and sex rackets, and being ‘vaishyas’ who are a threat to ‘ma/behen/beti’ are not HIS words— they’re just the words of people who complained to him in his janta darbar. If this ‘version’ is found to be true, they say, they’re fine with Bharti remaining Law Minister. So, according to AAP, their Govt, their Ministers, their Party, have no tools to filter/assess whatever it is that ‘people’ tell them. Their Ministers can simply repeat any provocative, racist or sexist rubbish anyone says, and according to them he or she will just be doing their duty as elected representatives. Even when Aastha Chauhan tells Bharti about racist tensions in the area, the AAP Minister does not allow those concerns to temper his righteous espousal of the ‘complaints’ against Africans. By that logic, if Jagdish Tytler or Sajjan Kumar simply repeated whatever ‘their’ public told them about ‘Sikhs’ being killers of Mrs Gandhi, they did no wrong. Representing and repeating the prejudices of dominant sections of people is public duty. Lack of an ideological filter, conscious disdain for the lessons of the women’s movement or civil liberties movement, will tend to land you in a situation where you see no wrong in defending illegal searches, racial profiling and cleansing mohallas of immoral women— because ‘people’ wanted it.

c) If it’s ok for an AAP Minister to act as a courier for ‘complaints’ of people against ‘drug and sex rackets by Africans’, what would AAP do if tomorrow they have an MLA in Muzaffarnagar and citizens in a mohalla there came to a Janta Durbar with repeated ‘complaints’ of ‘love jehadi Muslim boys’? Would he lead cops to arrest all Muslim boys to check their credentials? What about if a Delhi RWA complains about ‘thieves’ in a neighbouring slum— can we expect a ‘raid’ again?What if a village in Bihar complains to a local AAP MLA that the adjacent dalit tola is a den of Naxalites: another raid?

d) The AAP, disturbingly, isn’t asking its Minister— or itself— why the Minister’s response to complaints of a sensitive social nature (such as sex work, or alleged crimes by African nationals) was to demand policing and lead moral policing? Why did the Minister not first initiate an enquiry, a dialogue, to assess the situation? Even after the situation went out of hand on the 12th night, the AAP and its Govt allowed the Minister to go to Khirki on 19th Jan and make provocative speeches to an approving crowd? Why could Yogendra Yadav or Atishi Marlena (who claim they are in dialogue to de-escalate racial tensions and are very concerned about Africans’ fear and terror) go with Bharti to the Khirki mass meeting on the 19th, to make sure that racial tensions were being calmed, not stoked up?

e) Much is being made of ‘evidence’ (a sting op) of a woman ‘agreeing’ to sleep with a man for Rs 10,000. Even according to India’s unsatisfactory and problematic law on prostitution, this act of the woman is not really illegal. Soliciting in a public place on her part would be illegal— for her to ‘agree’ when approached by a man is not illegal. Plus a ‘raid’ by cops in the context of sex work is justified only to rescue trafficked women— and Bharti is not claiming that the women in the building or street he wanted ‘raided’ were trafficked against their will. In any case, even the strictly legal position on sex work is complicated, and Bharti wasn’t legally (let alone ethically) justified in simply treating alleged sex workers as criminals to be rounded up.

f) Yogendra Yadav, Atishi Marlena, Prashant Bhushan and other AAP leaders talk of following ‘due process’ in terms of waiting for the judicial probe to be completed before sacking Bharti— but do not seek any problem with Bharti flagrantly violating all due processes— both legal (search warrant etc) and political (dialogue with different sections of the community to sensitively address all issues concerned) in Khirki!

So— Bharti may go eventually if push comes to shove— or he may stay. But is the AAP’s stance and their understanding of the relationship between ‘community’, ‘mohalla’, and ‘politics’; their understanding of ‘women who need to be kept safe’, and ‘sex workers’ and ‘crime’; their wilful blindness to or willingness to be mediums of social prejudices (race and gender today, communal or casteist prejudices, tomorrow?)— as revealed in this whole episode— here to stay? If so, we need to be very very worried.

Kavita Krishnan is Secretary, All India Progressive Women's Association (AIPWA) and tweets at @kavita_krishnan. This first appeared on Kafila