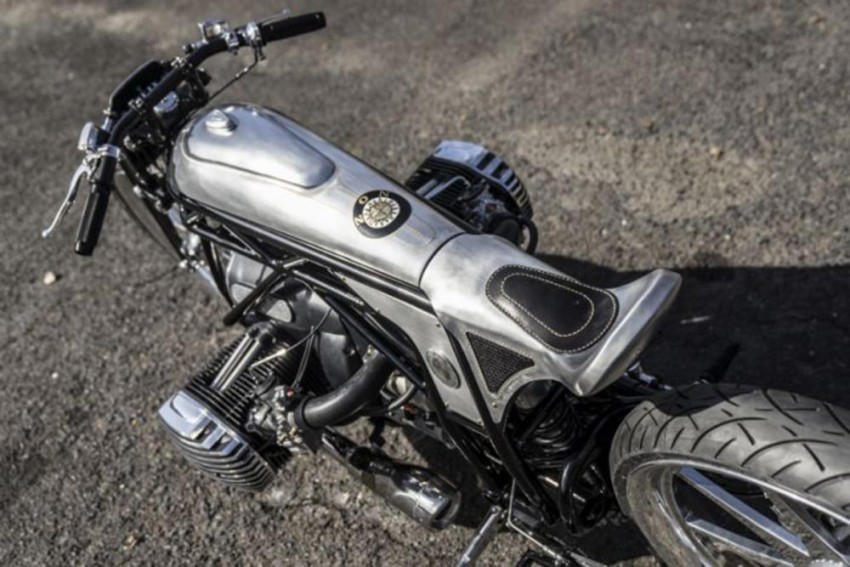 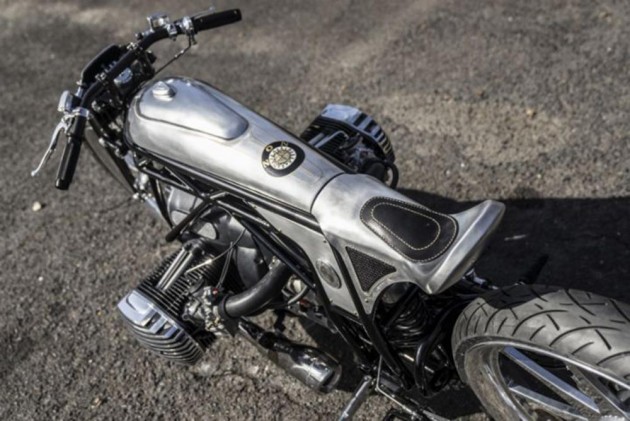 BMW Motorrad is known for its boxer engines with the likes of the R NineT and the R 1200 GS being a few standout models of the current era. Although it showcased a new 1250cc motor at Intermot and EICMA earlier this year, BMW seems to be building a larger twin-cylinder boxer engine now. Yes, even larger than the 1250! This was seen on the “Departed,” a custom motorcycle built by Custom Works Zon, a Japanese custom bike builder. 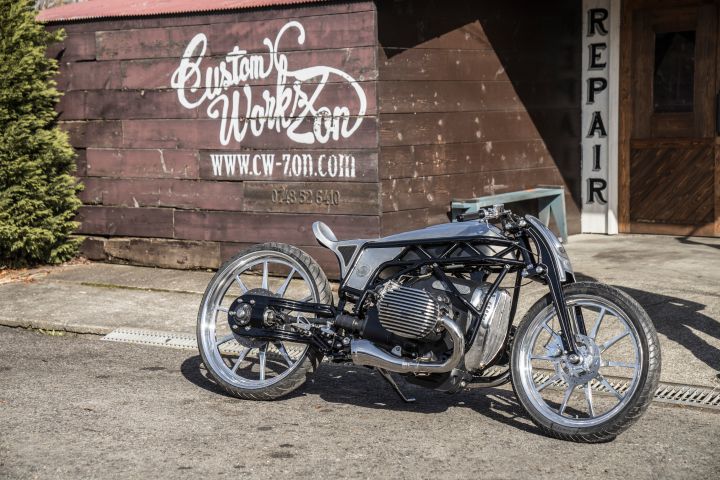 Custom Works Zon is one of the world’s most revered outfits as it gets regular invitations to big customisation fests across the world. Its latest creation takes inspiration from classic drag style motorcycles which marries old school charm with modern practices. The motorcycle also pays homage to Ernst Henne’s record setting motorcycles. Henne was BMW’s official rider who set insane speed records way back in the 1920s and 30s. 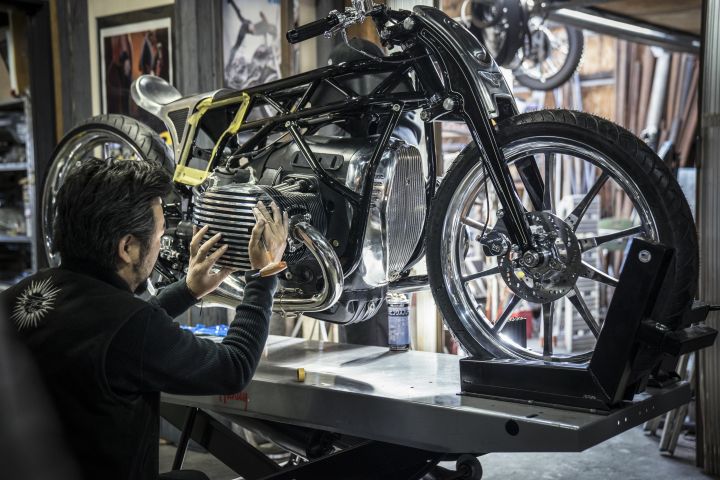 The talking point of the whole exercise though, has to be the engine. It is still a traditional air-cooled motor but has an oil-cooler as well. It has got push rods which are housed in chrome-plated protection ducts which are reminiscent of the boxer engines from the late 1960s. However, the dimensions of the motor suggests that the cubic capacity is larger than the 60s motor, or even the current ones for that matter. Speculation is rife as to how much it would be as some websites quote that it will boast at least 1800cc. 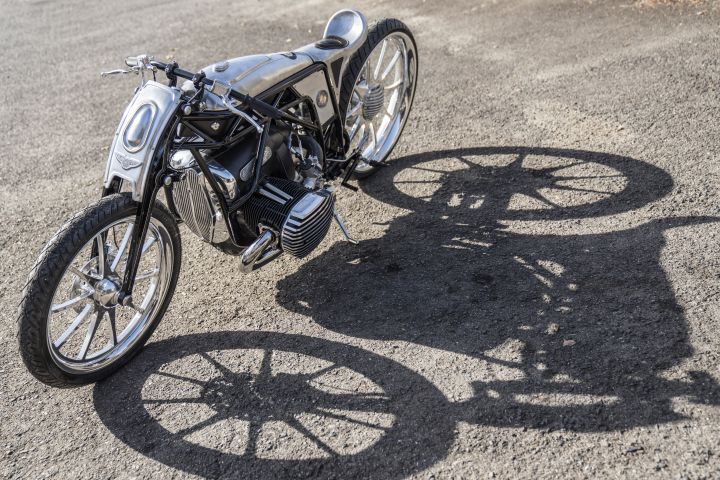 Where will this engine be used? Perhaps somewhere down the line, BMW would want to enter the cruiser segment and take on giants like Harley-Davidson and Indian. While the Bavarians have a bagger in their portfolio, they do not quite possess the similar aura about them as the Americans do. Perhaps this new engine might allow them to create a niche for themselves in this Yankee-land dominated segment.

This is what BMW Motorrad has said about the whole project:

The Japanese motorcycle customizer CUSTOM WORKS ZON presents a spectacular custom bike based around the prototype of a new BMW Motorrad boxer engine.

On Sunday 2 December, Japanese motorcycle customizing specialist CUSTOM WORKS ZON presented a fascinating custom model commissioned by BMW Motorrad. The centerpiece of the machine is the prototype of a completely new boxer engine.

CUSTOM WORKS ZON was founded by Yuichi Yoshizawa and Yoshikazu Ueda in the prefecture of Shiga in 2003 and is well-known for its exceptional creations. The custom builders are regularly invited to well-known shows in the customizer scene such as “Mama Tried Show” in Milwaukee, “The Hand Built Motorcycle Show” in Austin and the “Brooklyn Invitational”. The small workshop has lots of prizes and awards on its shelves – clear evidence of the builders’ skill, craftsmanship and distinctive style.

Yuichi Yoshizawa was thrilled to collaborate with BMW Motorrad: “It was a great honor and a challenge to be able to build a motorcycle around the prototype of such a spectacular new boxer engine for one of the most tradition-steeped manufacturers.”

There was a lot of speculation at the show about the prototype engine. The external geometry and visible elements such as the push rods running above the cylinders in chrome-plated protection ducts recall BMW Motorrad boxer engines that were built until the late 1960s – but with an evidently larger capacity and a modern air/oil cooling. Further details about the engine and its possible future use will be communicated at a later point in time.

ZON's distinctive style can be clearly recognized: classic styling, modern production techniques and a wealth of craftsmanship in the detail – all produced to very highest Japanese quality standards. The very low silhouette of the bike is reminiscent of Ernst Henne's record-breaking machines of the late 1920s and 1930s. The large 21 front and 26 rear inch wheels are milled of aluminum and fitted with relatively narrow tires, while the girder fork was also made of solid aluminum. The rear swinging arm is made of steel pipe and attached to the tubular space frame by means of concealed suspension. The large-volume engine is suspended in this frame structure reinforced with grid tubes. Meanwhile the fitted fuel tank, seat unit and front trim are crafted by hand from sheet metal.

This spectacular custom bike by CUSTOM WORKS ZON in collaboration with BMW Motorrad created a huge buzz in the scene, earning the prestigious “Best of Show Motorcycle” award which is regarded the highest honor at this year’s Hot Rod Custom Show.

The Mooneyes Show – as it is called in the customizer scene – was being held for the 27th time in Yokohama, Japan. It attracts at least 15,000 spectators every year despite the fact it lasts only one day. Car and motorcycle custom builders from all over the world present their creations, with a total of nearly 300 cars and 650 motorcycles and there are also numerous dealer stands.