Home  »  Website  »  International  » Profiles  »  A Brief History Of Stephen Hawking, And A Time When He Struggled To Pay Daughter’s School Fees
Obituary

A Brief History Of Stephen Hawking, And A Time When He Struggled To Pay Daughter’s School Fees 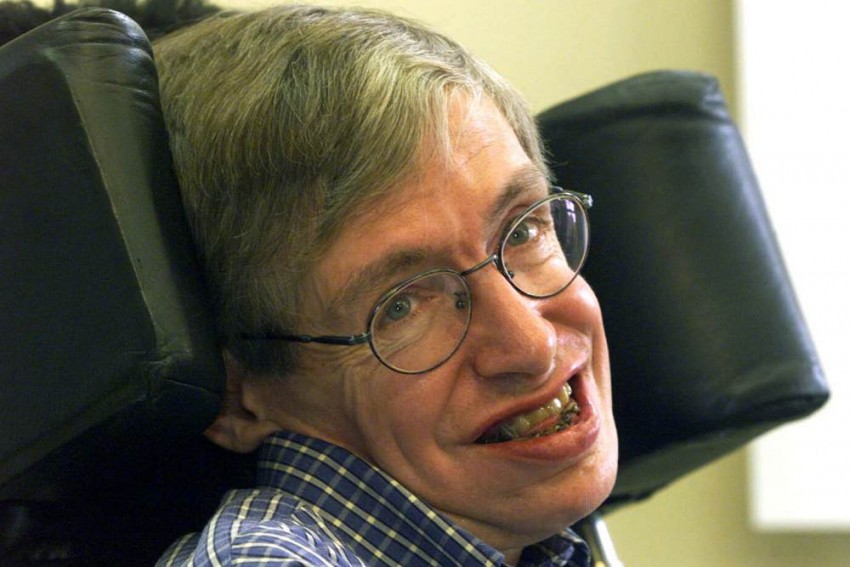 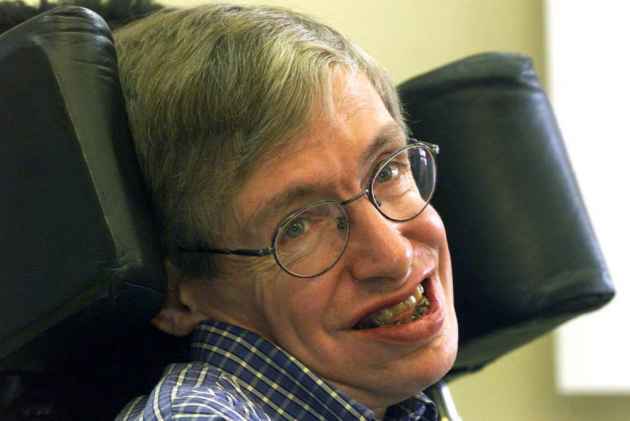 Born on 8th January 1942, exactly 300 years from the day of the death of Galileo Galilei, Stephen Hawking has always been wary of the fatalistic impulse to assign any great meaning to this coincidence, pointing out that around 200 000 other children were born that day, who presumably did not take any great interest in astronomy later. Much to his inconvenience, Hawking died early in the morning of 14th March 2018, the 139th birth anniversary of Albert Einstein, leaving behind a rich legacy of deep insights into the workings of the Universe and black holes that continue to be fertile sources of new research directions in cosmology and theoretical physics.

Beginnings And Endings I

Stephen Hawking grew up in Highgate, London, and St Albans, Hertfordshire, in a frugal but intellectually stimulating household overseen by his parents, Frank and Isobel, who both graduated from Oxford. His father, head of the parasitology division at the National Institute for Medical Research, St Albans, tried to cultivate an interest in biology in him, but Hawking found himself more drawn to mathematics, owing to its more fundamental nature. Since the University College, Oxford, did not offer scholarships for mathematics at that time, Hawking decided to compromise and study physics and chemistry instead.

At Oxford, he got interested in astronomy and applied for a PhD position at Cambridge with the intention of working with the astronomer Fred Hoyle, but he was assigned to work with the cosmologist Dennis Sciama instead. By this time, Hawking had already been experiencing problems with motor control and was formally diagnosed with amyotrophic lateral sclerosis soon after joining Cambridge. Expected to live for at most two more years, Hawking entered into depression and saw little point in continuing his work with death so imminent. However, it was around this time that he met and fell in love with his first wife, Jane Wilde, and with the renewed sense of purpose it gave him, he set to work on his dissertation once again. The progression of the disease fortunately slowed, and he was able to finish his PhD and obtain a fellowship which allowed him and Jane to get married in July 1965. British astrophysicist Dr. Stephen Hawking, 47, answers newsmen with the help of his computer and the assistance of his then wife Jane, in Paris. (AP Photo)

Hawking went on to have a very productive period in his career, and fathered three children – Robert, Lucy, and Timothy. However, his health continued to decline and he began to rely on a wheelchair by the late 1960s. By the late 1970s, his speech had slurred to the point where only his closest friends and associates could understand him, and owing to a life-threatening brush with pneumonia in 1985, Hawking completely lost his voice as a result of the tracheotomy that proved necessary. Help came from Walter Woltosz, CEO of Word Plus, in the form of a computer programme called Equalizer that allowed to him to “speak” by selecting letters, words, and phrases from a screen, thus giving him his now iconic voice.

As his motor abilities continued to deteriorate, Equalizer needed to be upgraded to be able to pick on ever subtler movements. In his final years, Hawking relied on an adaptive word predictor and could type out one word a minute.

Stephen Hawking is survived by his first and second (ex-)wives, three children, and three grandchildren.

In a long career spanning nearly five decades, Hawking has made an enormous number of contributions to the fields of cosmology and astrophysics, but the ones for which he is particularly remembered are his work on singularities, the quantum behaviour of black holes, and the so-called “no-boundary proposal.”

The basic mathematical framework underlying cosmology is Einstein’s general theory of relativity, in which gravity arises as the curvature of a four-dimensional “spacetime,” that combines the three directions of space and one of time into a single entity. All objects follow the path of least resistance, and massive objects like stars warp spacetime, thereby curving the paths of least resistance into, say, planetary orbits. It had already been known by Hawking’s time that certain seemingly nonsensical solutions to the equations underlying this warping existed in which spacetime could become infinitely curved at some point – a singularity – but these were dismissed as mere mathematical curiosities. In collaboration with Roger Penrose, Hawking drew on ideas developed by himself in his 1966 PhD dissertation to show that if the equations of general relativity were applied to our Universe as a whole, then its history could be inevitably traced back to such a state of infinite curvature – the Big Bang. Moreover, Penrose and Hawking also showed that these same techniques could be applied in reverse to prove that under certain conditions, a collapsing star would end up in a singularity – a black hole.

Hawking then turned his attention to black holes. In particular, he investigated how black holes interact with one another and discovered surprising analogies between how black holes and hot objects behave. A young graduate student Jakob Bekenstein made the rather radical suggestion that this wasn’t merely an analogy, but that black holes should themselves be regarded as hot objects. Hawking initially disagreed, since hot objects radiated heat, and black holes weren’t supposed to radiate anything, but then in 1973, he realised, in what was to become his most consequential work, that if we took into account quantum effects, wherein space is always seething with a mass of particles popping in and out of existence, black holes do turn out to radiate and gradually evaporate after all! In addition, Hawking and Bekenstein noted that black holes can store information like an ultra-efficient hard drive, except that a black hole doesn’t store information in its interior but on its surface. The exact mechanism behind how this works is one of the major open questions in string theory today.

Following the above breakthrough, Hawking returned to the question of how the Universe began, and all the thorny philosophical issues having to do with beginnings in general. Namely, what caused the Universe to happen in the first place? In 1983, together with James Hartle, Hawking sought to dissolve the question through the “no-boundary proposal” according to which the beginning of the Universe isn’t any more special than any other point in the Universe just as the south pole isn’t any more special than any other point on the globe. And so, just as it doesn’t make sense to ask what is south of the south pole, it doesn’t make sense to ask what came before the Big Bang. It should be noted that, although philosophically attractive, the proposal is not as widely accepted as Hawking’s other contributions since there are certain challenges to it posed by observational data regarding the early Universe. Stephen Hawking poses beside a lamp titled 'black hole light' by inventor Mark Champkins, presented to him during his visit to the Science Museum in London. (AP Photo)

Life In The Limelight

Although Hawking had acquired a formidable reputation among the scientific community and had been the recipient of several prestigious awards and fellowships by the 1980s, his financial situation still left much to be desired. Thus, in 1982, he conceived of the idea to publish a popular account of recent developments in theoretical physics, partly driven by the need to pay his daughter’s school fees, and partly driven by his conviction that it was high time that physicists opened up to the lay public about how far they had come down the road scouted out by Aristotle and other thinkers of antiquity. A first draft was ready by 1984, the rights to the manuscript were given to Bantam Books, and after endless cycles of corrections and revisions greatly complicated by Hawking’s contraction of pneumonia and emergency tracheotomy leading to loss of his voice, A Brief History of Time finally came out in 1988.

The public appetite for fundamental philosophical questions turned out to be vaster than anyone had bargained for and Hawking became a mainstay of popular culture almost overnight. A Brief History of Time went on to sell more than 10 million copies in 20 years, and Hawking went on to write several more popular books, including a series for children along with his daughter Lucy, give public talks exhorting young people to take up basic sciences, appear in iconic TV shows like Star Trek, and even have a feature-length biopic get made about him.

Hawking, for his part, has lent his celebrity to several charitable and political causes. He is a signatory of the Charter for the Third Millennium on Disability, which advocates for upholding the rights of the disabled, and has publicly expressed support for public healthcare, collective action against climate change, AI safety research, nuclear disarmament, wealth redistribution, and the BDS movement.

In short, his is a legacy not just of the profound truths he has helped uncover with the help of his students and collaborators, but also one of outstanding public engagement that has been instrumental in shaping the scientific community of tomorrow.

(Arpan Saha is a graduate of IIT Bombay currently pursuing a PhD in mathematical physics with the Research Training Group 1670 (“Mathematics inspired by string theory and quantum field theory”) at the University of Hamburg. He works on the geometric properties of spaces of solutions that arise in string theory.)

Chinese Reporter's Eye-Roll Goes Viral, Then Gets Censored By Authorities