National Now, 5 Lynched By Villagers In Maharashtra Over Child-Lifting Rumours

Now, 5 Lynched By Villagers In Maharashtra Over Child-Lifting Rumours

According to police, there were rumours for the last few days that a gang of child-lifters was active in the area. 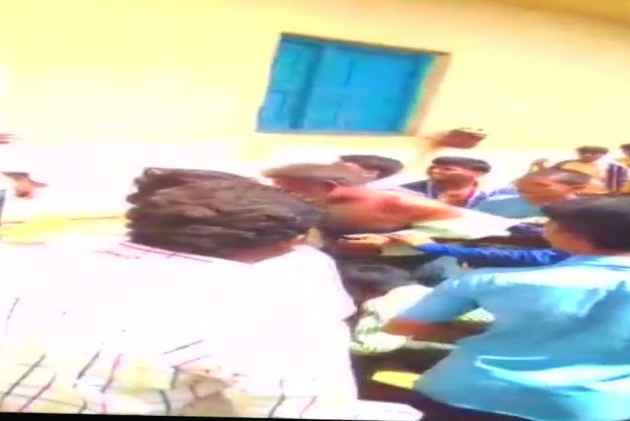 Five persons were killed in Maharashtra's Dhule district on Sunday by villagers, who suspected that they were part of a gang of child-lifters, the police said.

The five, along with a few others, were seen getting down from a state transport bus in the tribal Rainpada hamlet, the police said.

When one of them apparently tried to speak to a girl child, villagers, who had gathered for the weekly Sunday bazaar, pounced on them, they said.

"Five were killed in the mob fury," police said.

According to police, there were rumours for the last few days that a gang of child-lifters was active in the area.

#Maharashtra: 5 people lynched by villagers this afternoon on suspicion of child theft in Rainpada village of Dhule district. pic.twitter.com/LSp4dl9fH7

The bodies are being taken to the nearby Pimpalner hospital, they added

The nation has witnessed several incidents of mob violence following rumours on social media in the past a few months, leading to assaults and murders. One of the first cases was reported from Obanapalle village in Andhra Pradesh on April 28 when locals thrashed a mentally unsound man to death.

On the same day, another mentally unstable man was hacked to death by a mob in Vellore district in Tamil Nadu after several WhatsApp posts claimed that around 200 miscreants from “north India” either entered or were entering into the state to abduct children. Two more similar incidents came to light from the state within two weeks.

On June 29, Sukanta Chakraborty, 36, who was appealing to the public on behalf of the administration to refrain from rumour-mongering on social media, himself fell victim of a mass hysteria over child-lifting that has claimed two lives and left as many as six people injured in three separate incidents in 48 hours, forcing the government to suspend all mobile internet services for two days.

The incidents come as a grim reminder of the brutal lynching of two friends – Nilotpal Das, 29, and Abhijeet Nath, 30, – in neighbouring Assam’s Karbi Anglong district after they were mistaken as child lifters by a mob of more than 200 people.