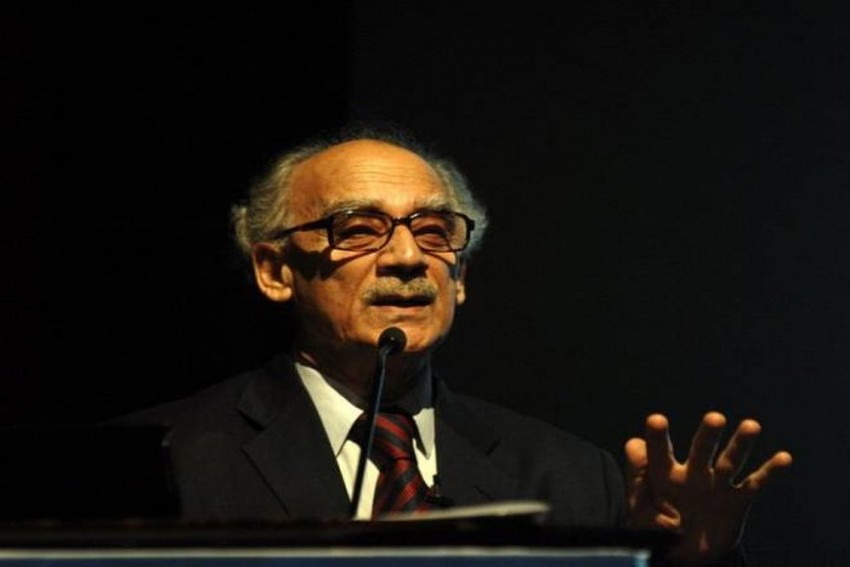 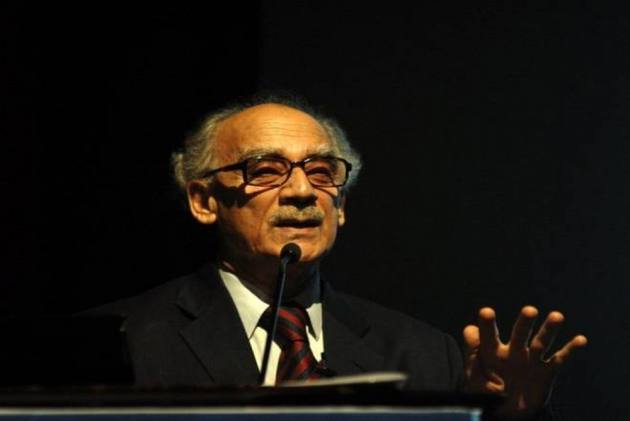 outlookindia.com
2018-09-03T11:38:46+05:30
Former finance minister Arun Shourie advised the Opposition to leave behind its old arguments and grudges, and field one common candidate against the BJP in every constituency in the 2019 general election, warning that this is its “last chance” to stop the “onslaught”.
“This is a new situation. Realise it is not just the country that is in peril. You are personally in peril. Each one of these opposition leaders, (Narendra) Modi will finish them the moment he will use them, and this is especially meant for Nitish Kumar and Naveen Patnaik … So forget the past, don’t stand on ceremony. I would say forget the future too – the question of how I can ally with a party today against whom I will have to fight an assembly election tomorrow,” said Shourie said while speaking at The Wire  Dialogues on Saturday,
Shourie said people can look for “new leadership” such as “Jignesh Mevani, Kanhaiya Kumar, Alpesh Thakor, Hardik Patel when asked about the popular fear that if Modi were defeated, the same old leaders would come back to power.
“Please understand, that election will never come if you lose this election. This is the last chance for stopping this onslaught. If we lose this chance in 2019 because of such considerations, my friend, don’t expect fair elections after that,” he said, reported The Wire.
Responding to a question the common perception that the Modi government is relatively scam-free, Shourie pointed out the Rafale deal and criticised the media for not investigating allegations of wrongdoing.
Holding a press conference last month, Shourie along with former Union minister Yashwant Sinha and disgruntled Bharatiya Janata Party (BJP) leader Shatrughan Sinha hit out at the Modi government over issues ranging from the Rafale fighter jet deal to "concentration of power in the Prime Minister's Office (PMO)".
Shourie dubbed the Rafale fighter jet deal as "scam of Rs 35,000 crore, much bigger than the Rs 64-crore Bofors scam".
Shourie had also alleged: "Undoubtedly, the Constitution and democracy are in danger. 72 lynchings have happened so far, 54 witnesses have turned hostile in Soharabuddin (fake encounter) case... CBI is being misused...(these) are live examples of the new normal and there seems no hope that the things will change."
The Prime Minister's Office is controlling all ministerial decisions while ministers are sitting "idle", he alleged.
Responding to the allegations in a recent interview, Union finance minister called Shourie and Sinha ‘career nationalists” who would be speaking a different language if they were in the government.
"Our tragedy in the NDA has been, particularly in the BJP, we have had a fair share of career nationalists. They are nationalists and with us as long as it suits their career. And, therefore, when they speak a contrarian language, I don't attach much credibility to them," said Jaitley.
(With agency inputs)
For in-depth, objective and more importantly balanced journalism, Click here to subscribe to Outlook Magazine